What is Bitcoin (BTC)?

Bitcoin belongs to a decentralized network that facilitates the easy transfer of value between parties. This whole procedure is done with the help of a secure network, composed of ‘miners,’. These miners host nodes by using computers that store copies of the BTC ledger. 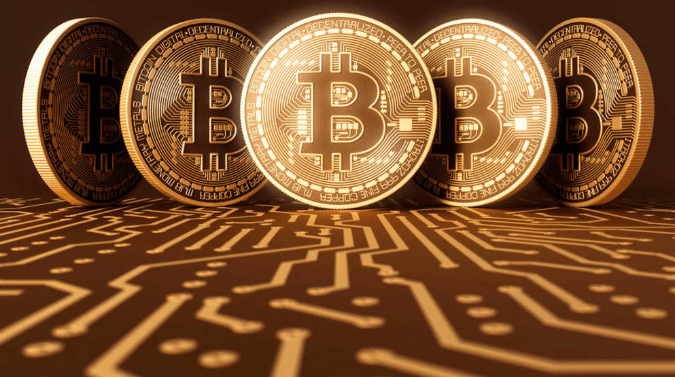 Bitcoin is a digital coin so it needs an internet connection to access it. It is a unique asset that could be used as either a means of payment or a store of value.

How does it work?

Bitcoin Setup functions by using a ‘Proof-of-work’ protocol.  In this setup of the Bitcoin network, the miners struggle hard to get a reward of Bitcoin, which is released every 10 minutes.  This ten minutes duration is very important for miners as they validate transactions completed between network participants.  The data block is the place where these transactions are then recorded.  These blocks are compiled in a sequence for recording them permanently. It is linked similar to a chain.  This is because of this style this technology is called ‘blockchain’.

With the rising popularity and growth of the network, the process of bitcoin mining is getting more and more tough and unprofitable for the average person due to computational requirements.  In the beginning, mining was possible just on a laptop. But now thousands of special kinds of machinery are used by large companies for mining.

Is Bitcoin growing? This is a controversial subject.  Generally, it is believed and predicted that Bitcoin would not sustain in the long-run, in the manner it does today. It will either ‘boom’ or ‘bust’.

The people who believe in Bitcoin champion growth are very hopeful to see Bitcoin replacing gold as the ‘go-to’ store of value.  Seeing the current ongoing growth of the bitcoin network, this is a real possibility.  If it happens and Bitcoin will be treated as a store of value, then less priority will be placed on transaction speed and cost-reducing the impact of current network limitations.

Additionally, bitcoins becoming a store of value,  we have expectations from second-layer solutions, such as the Lightning Network, which is quite capable of transforming Bitcoin into a legitimate candidate for micro-transactions and everyday spending. There has been immense progress in the lightning network in the past two years, receiving special efforts from various companies to its maturation.

This would be an ideal situation to have a fully developed lightning network implemented, equipped with speed, security, and cost savings.  So in this way, not only would microtransactions be possible, but the inherent traits of Bitcoin would allow for it to act as a store of value, as well.

Several cryptocurrencies were introduced having lofty goals, but only a few are founded on a strong ideology; Bitcoin is one of these few.

Although it was developed by Satoshi Nakamoto, an anonymous entity,  with unknown intentions yet one thing is quite clear that the goal of Bitcoin was to provide a means for an inclusive, secure, stable, means of value transfer.  And what more to expect than having a coin with no government manipulation.

These features were specially included in bitcoins mechanisms seeing the previous examples of fraud, manipulation, and self-serving decisions. These attributes are quite commonly found in the traditional banking system.

So if Bitcoin achieves success, it would be like pushing a reset button on the world stores of wealth with a lifetime opportunity. Also, we could expect to have the unbanked opportunity to gain access to modern services bringing democracy to finance.

When we compare Bitcoin with all the cryptocurrencies created, to date, we see that they are quite behind in the race of their adoption by crypto users. It is mainly due to a first-mover advantage, as Bitcoin has managed to establish itself as the industry leader,  by offering its inherent traits like decentralization, anti-inflationary, and anonymity.

Still, much more is in the future and signs of this have been increasingly apparent in recent years.  Stepping in the market as an unconventional technology, it is now a household name, with a growing number of ways to buy and spend.

Viewing it on an institutional level, Bitcoin has been enjoying a string of successes and failures over the past few years.  The failure has been seen surrounding the development of a Bitcoin ETF,  and the successes have been numerous, with the following being only a few examples.

Bitcoin has been a hot talk throughout its lifecycle. There have been different arguments and controversies among developers, which have affected Bitcoin.  Among these controversies two are referred mostly: