HomeTechnologyComplete Guide to UPI Payment Gateway - What is it & How...
Technology

India has taken remarkable steps to promote digital payments. One of the most innovative steps was the Unified Payment Interface (UPI), a fast and secure payment gateway. The advent of UPI is contributing immensely to achieve the objective of a digital and cashless economy. It is also a major step for financial inclusion just like Jan Dhan Yojna. This next-gen payment network has changed the outlook of retail payments. Just with a single touch, you can transfer money to the intended ones instantly.

What is UPI Payment Gateway?

UPI stands for Unified Payment Interface, a high technical advanced channel that allows the transfer of money between bank accounts. It is a single-window mobile payment mechanism developed by the reputed National Payments Corporation of India (NCPI). Clearly, one can say that the UPI payment gateway is the refined version of IMPS (Immediate Payment service). UPI enables real-time money transfer between banks with help of a mobile number or the virtual payment address (UPI ID).

UPI is the brainchild of NCPI together with the Reserve Bank of India (RBI). It was an ambitious initiative to make the payment mechanism of India fast and secure. Eliminating the physical transaction and lethargic bank process, UPI is considered the most secure and fastest payment network. The pilot project was introduced in India on 11 April 2016. UPI transaction is equipped with two-factor authentication and uses highly secure encryption for optimum safeguard. It allows money transfer 24×7 and 365 days. UPI also enables the QR code option, just scan and make payment.

What are UPI ID and PIN?

UPI ID is a virtual private address (VPA), a unique identification address for a bank that helps to identify users on the UPI gateway. It is used to send and receive money. Whereas, UPI pin is a 4 or 6-digit individual identification number that is necessary to authorise the transfer of funds via the UPI network. The account holder creates the as per choice and this pin has to be entered every time to facilitate any transaction. It is also used to know the bank balance.

Relation Between UPI and IMPS

Importantly, the UPI functions similarly to IMPS. In simple words, UPI is an updated version of IMPS, adding convenience to it. The time of transaction of IMPS is identical to UPI, but the IMPS network requires the basic bank details of the beneficiary. Entering banking details takes time and extra effort. Thus to eliminate this cumbersome task, NCPI came up with an innovative UPI payment gateway. 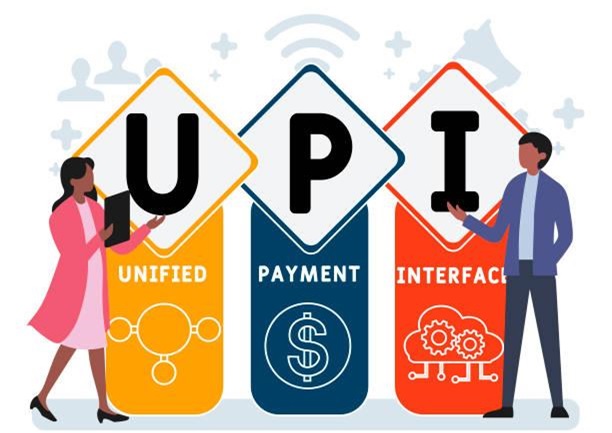 UPI  is the guiding force in achieving the dream of a cashless economy.

How Does UPI Works?

UPI works 24×7 and 365 days. Well, that is one of the essential features of the UPI payment gateway. Now, coming back to the fundamental question, the simple process of UPI transaction involves few parties, each performs a certain function and accomplishes the smooth transfer of money within a few seconds. Let’s understand how UPI works.

An individual uses a mobile app, known as the Payer PSPs app i.e Phonepe, BHIM, GPay, etc. It allows the payer to initiate the transaction. Customers widely use these PSP apps instead of conventional banking apps. The PSP allows the customer to create a unique UPI ID that is being used to transfer the money. The NCPI checks the authenticity of these apps and almost all the prominent banks are associated with the UPI payment gateway. The payer initiates the transaction by selecting the payee through a mobile number, UPI ID or Aadhar number.

It is an RBI governed body that facilitates seamless movement of money. It is a mutually trusted link between the banks and the PSPs. All the transaction proceeds after it gets validated by NCPI.

In general, the remitter bank is also known as issuing bank. The transfer of funds takes place between the issuing bank (sender) and the acquiring bank (receiver). The remitter bank requests for transfer and the fund gets debited after NCPI validation. Subsequently, the sender will receive notification for the debited amount.

It is also referred to as acquiring a bank. When the transaction is verified by the NCPI, the funds are credited into the receiver’s bank account. It hardly takes more than ten seconds, usually, all this process happens within 5 seconds. The acquiring bank receives the money which is being transferred by the issuing bank.

The payee app is similar to the payer app, when the transaction is accomplished, the app will notify the beneficiary about money that is being credited into the bank account.

Well, this is how UPI works and makes money transfer a lot easier. You don’t have to remember the beneficiary’s banking details like earlier. UPI payment gateway is not only user-friendly but also facilitates instant and real-time fund transfer. UPI is regarded as the most innovative and resourceful payment technology in the financial sector.