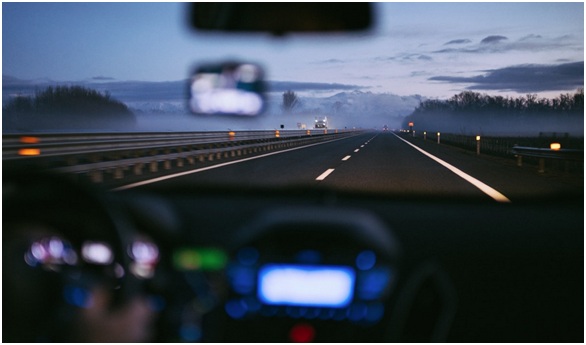 If you’ve ever seen an action movie, you might have gotten a taste for technical driving. Also called tactical driving, this form of road maneuvering is used by special operations, police, and sometime the military. It’s everything they won’t teach you in your California Driver’s Ed class.

Whenever you try a 180 turn, teach your friend how to stop teens from texting while driving or attempt to make a sharp turn, know that it takes practice to nail each maneuver. Sometimes  years of it. Moreover, if you want to nail these skills, you’ll need some professional help to guide you.

These maneuvers are meant to be tactful, so they require extreme caution to pull off. Most over the lot cars are not suitable for this type of driving. Often, these tactics are used to stop high speed runaway drivers or to chase down a culprit. Therefore, having the best vehicle for the job is important.

Before you begin practicing these awesomely rad tricks on the road, you should understand your vehicles limitations. The best vehicles for technical and tactical driving are cars with rear-wheel driving. This is because they’re the most efficient with taking sharp corners and accelerating.

Your second choice should be an all-wheel drive vehicle. They offer a great balance in braking and accelerating. You should also consider cars that aren’t clunky in build. That means your minivan, probably won’t be the best vehicle to use.

The smallest move will result in a traumatic failure. This means you could inflict bodily harm to yourself or other people. Eliminate all distractions while you’re driving. This is a rule for any situation, but most importantly while you’re gunning it behind the wheel.

That’s right. No texting while doing donuts in a parking lot.

Braking is an important tip for technical driving. You will be making sharp turns and accelerating at high speeds, so having control over your brakes will be dire. Here’s some quick facts on braking while driving:

Brake before the turn. When you brake, you reduce your speed. This allows you to take the turn with more precision and control. While you’re turning, you can step on the gas and use it to power your way through your turn.

Trail Braking is a term used by some high-speed drivers take turns quickly. They slow down, using the brakes, and continue to use them through the turn. This allows the weight to be distributed to the front tires, therefore allowing them to gain control during the turn.

Squeezing will help you stop in low traction areas. This is done by braking to the point of traction. You can accomplish this by depressing the brakes as opposed to slamming down on the brakes. This way you still have control – even on a rainy day.

The reverse 180 turn (also known as the J-Turn) is a special maneuver that you often see in action movies. The hero quickly flicks their car in the opposite direction while using the momentum of their high speed. Usually this is followed by an explosion of some kind – but that’s a different article.

The reverse 180 turn is done by reversing your vehicle. Then quickly turn the wheel in one direction while applying slight pressure to the gas. To capitalize on the momentum, throw the car into neutral while squeezing the brake.

After you clear the reverse turn, return your shift to drive and accelerate while sharply turning the wheel in the direction you would like to go.