Top 10 Most Famous Football Stadiums in the World

Most people would be easily convinced that the bigger the stadium, the greater it is. It’s quite true for an aspect or two but does the size of a football stadium mean everything?

For me, a stadium should be more than that, it is a home for players and a sanctum for fans, a witness for hope and dream, for rivalry and sportsmanship, for the glorious triumph and the bitter loss. Through bongdatructuyen.vip online football website, we summarized the top 10 most famous football stadiums in the world. Scroll down and see.

You might probably hear the name “Theatre of Dreams” at some points in your life. The well-known stadium is not referred to that name for no reason. This stadium belongs to one of the most successful football clubs on the planet. With a history of 110 years, the Old Trafford hosted a list of major sporting events including 1966 FIFA World Cup, UEFA Euro 1996 and 2003 UEFA Champions League Final.

The home of Red Devils until now is the only FIFA 5 stars ranking stadium in England. Old Trafford has a mix of the old tradition with a modern touch in football seamlessly. The moment when players pass through the famous ‘Red Tunnel’ before they enter the ground might be the most iconic moment for this stadium. 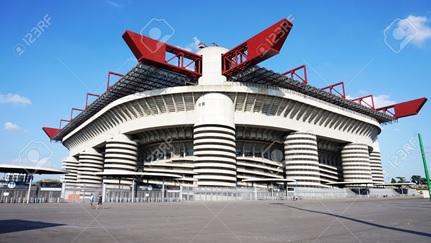 This stadium was also known by the name Giuseppe Meazza (named after one of the most famous footballers of Italy), it is currently home of two of the best clubs as well as rivals AC Milan and Internazionale (Inter Milan).

With some of the world’s best footballers having played there and staged the finals of the European Cup, Europa League, Champions League, San Siro is one of the most revered and admired stadiums in the world. 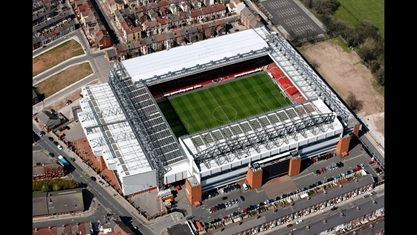 Currently the home of Liverpool FC, latest champions of England and one of the most successful clubs in the world.

Any footballer would have dreamed of playing here in their career, to submerge themselves in the red sea of supporters, players and the stadium, the chorus of “You never walk alone” and the famous “This is Anfield” hanging in the tunnel.

It’s fair to say the atmosphere is the key factor that makes Anfield one of the greatest stadiums in the world. 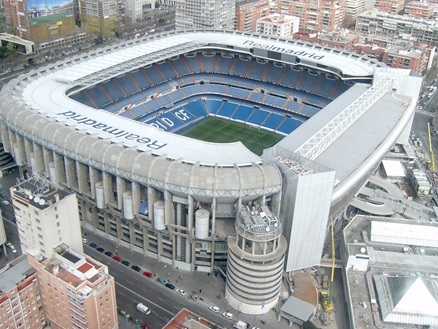 The stadium was originally named the Nuevo Estadio Chamartín (Means New Chamartin Stadium). It was renamed 8 years later. This is home of Real Madrid FC, one of the world’s most famous clubs, the archrival of FC Barcelona. Real Madrid has a historic record of 13 European Championships with three continuous victories, an achievement that has never been accomplished before.

The stadium matches the club tradition by becoming the most famous place in Madrid with over a million visitors per year. The stadium has been renovated twice in 1982 and 2001 to fit the Galacticos’ expectations.

Through its long history, the stadium has been home to many of the world’s greatest legend players, including Ferenc Puskas, Zinedine Zidane, Ronaldo Delima and Cristiano Ronaldo. In 2013, the world’s most valuable player at that time Gareth Bale also came to this home to fulfil the dream of Madrid football giant. 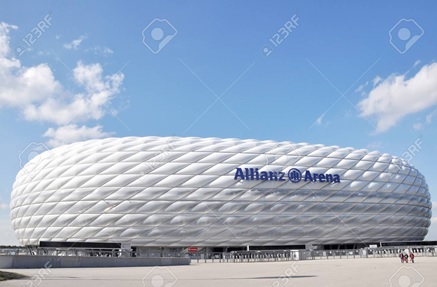 Despite the fact that it’s not an old stadium by any means, the design of Allianz Arena is still way ahead of its time. Even some new-built stadiums would be no match with its beauty.

This new stadium had a privilege to host six 2006 FIFA World Cup ties, 2012 Champions League Final, many European fixtures and many future big events are on schedule. 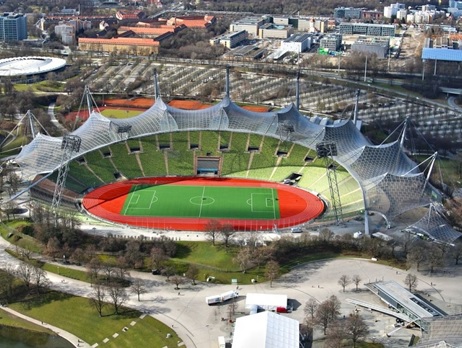 The stadium had the honor of hosting matches in the finals of the 1974 World Cup, including the final between the home nation West Germany and Netherlands.

This stadium was the home of both Bayern Munich and 1860 Munich afterwards until the two clubs moved to their own Allianz Arena stadium in 2005.

This stadium also had the privilege to host the finals of the 1979, 1993 and 1997 European Cup finals, as well as the final of the 1988 European Championship between the Soviet Union and Netherlands. 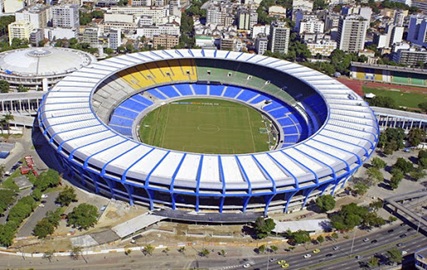 The stadium was opened to host the 1950 FIFA World Cup in Brazil and witnessed its home team’s bitter loss against Uruguay and lost the champion crown. That became one of the most shocking events of Brazilian history.

On that bitter day, the match between the 2 teams set the record of the largest ever attendance in the history of football games, 199.854 (the actual number could be 210.000). 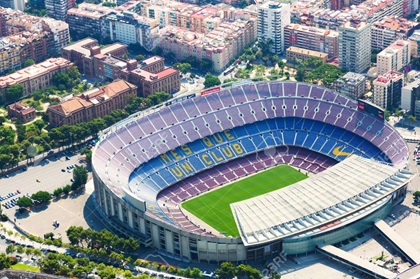 It has hosted five games at the 1982 FIFA World Cup, including the opening match, two out of four matches at the 1964 European Nations Cup, and the 1992 Summer Olympics Football Final – which Spain has won only Olympics gold.

You’re not going to meet someone in the world who considers himself a football lover who doesn’t recognise Barcelona and Camp Nou, the birthplace of Tiki Taka, home of the GOAT (Greatest Of All Times) Lionel Messi. 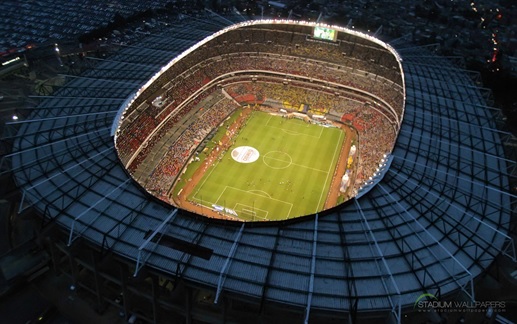 This ground also witnessed 2 crazy goals of Diego Maradona the same year in the 1986 quarter-final match: The “Hand of God Goal” and the “Goal of the Century” against England.

The Azteca is also the hosting place of the “Game of the Century” between Italy and West Germany, in which Italy won 4–3 after 5 of the 7 goals were scored in extra time. 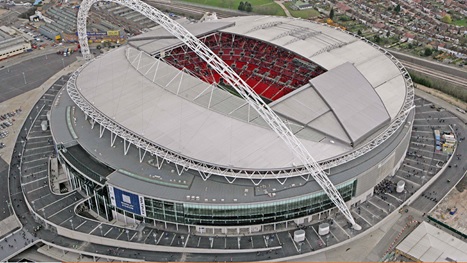 This is without question the most famous stadium on the planet. Not only for the football world but also for all other world-famous events like rugby, boxing, music concert, etc…

So many big games were held here, so many legendary footballers won and lost here, Elton John, Adele, Madonna, Eminem, Beyonce performed here. It is such a prestigious stadium that observed prestigious occasions.

Since it hosted so many of the notable events in European and international football, “The Home of Football” is the name that fits Wembley the most.

Exceptional players, talented managers, even fans might come and go, they would become history some days. However, the stadiums will always be a place filled with prestigious moments. It became not just a large field with concrete walls, grass yard and steel dome, it became a stand, a place to revere, to live the game and feel the electric atmosphere and waves of emotion.

Surely everyone wants to go to those places and immerse themselves in the bustling atmosphere. Fans can only admire that grandeur through the small screen. Don’t forget to watch the football live and update the fastest football news online at the online football website https://bongdatructuyen.vip. Thus, the article has helped you to list the top 10 most famous football stadiums in the world for your reference. Hope this will be interesting information to help you learn about the sport of kings.