Tips on Building a Gaming Computer

When considering building a gaming computer, you might be better off starting with a manufactured Computer- then upgrading it to handle high frame rate games. Rather than buying every part separately, your task can be simplified by buying the needed gaming parts and adding them into an existing PC. This will also save money and hours of labor. 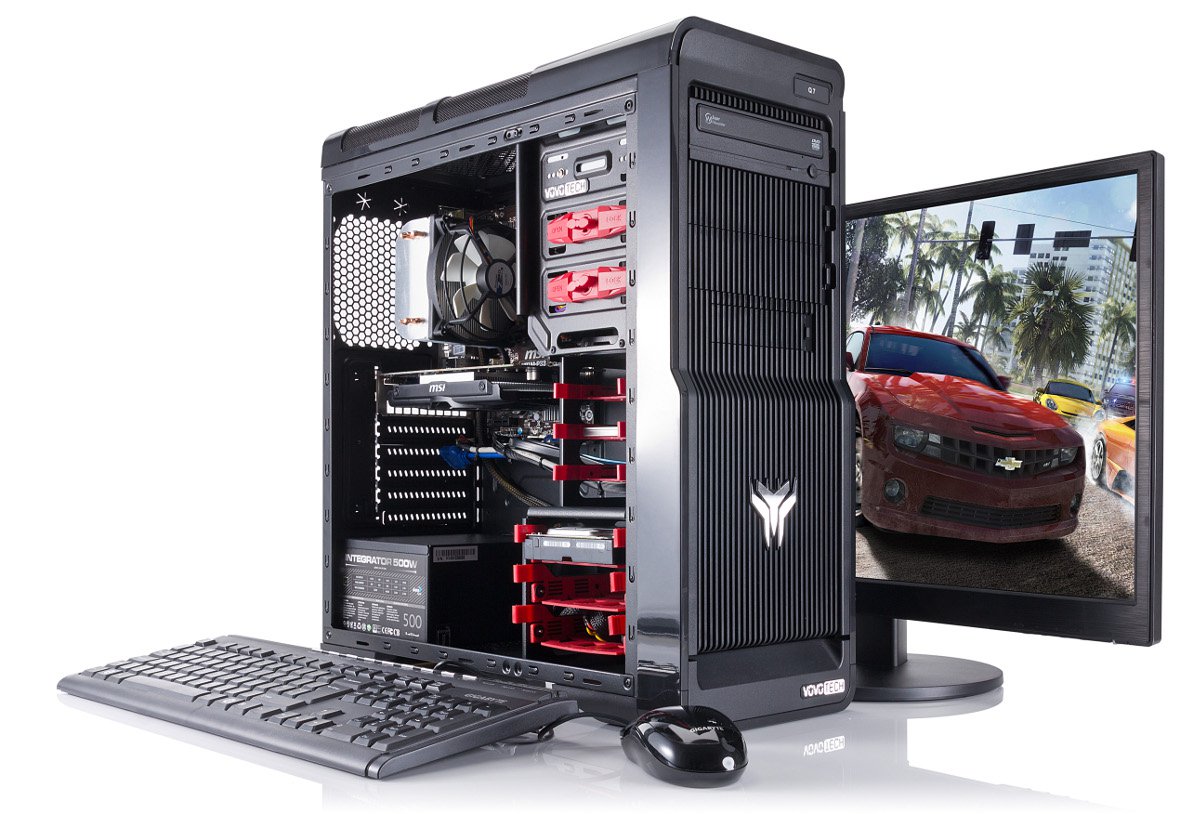 Here are the tips on building your gaming computer:

Parts needed when starting from scratch:

1. Case – the design and cost is up to you- a mid-sized tower case should be big enough to handle all the gaming parts. You will be faced with a lot of decisions. A thicker case will reduce noise of fans. Fans can be included here. You will also have a choice of how many fans and where fans can be placed in the case. You will be provided with the choices of clear gaming cases and interior lighting. A decent gaming case will cost from $70 to $150.

2. Motherboard and processor – This is where your gaming ability for this machine begins. You shouldn’t try building a gaming system with less than an a core I5 Intel processor. A core I3 might run the games you are planning, but would not hold up for future operating systems and game upgrades. Your CPU will determine how long your machine will last and how well it allows the games to function. Upgrading to a core I7 CPU will make an even better gaming system. The price of these CPU s average from $215 to $440. The processor you use will need a compatible motherboard and cooler for the processor. The cooler will be at least $35, while the motherboard will run about $50.

3. Ram- your random access memory will be determined by your processor and motherboard type. 16 gigabytes would be a good recommended minimum and will cost around $100.

4. Graphics card – this card is going to be the most important part and the most expensive part of your new gaming system. These cards range in price from $200 to $1,000. As with anything, the more expensive- the more gaming power you will have.

5. SSD drive – the SSD will give you a speed boost over a regular hard drive- Windows will load faster on startup and the games start much quicker. A 500 GB hard drive will cost at least $128.

7. WI-Fi card- this card makes connecting to WI-Fi networks possible and gives the gamer extra portability for his system.$60 will be a standard minimum for this card.

You can get some good tips for building a Gaming PC on The Great Setup a site dedicated to building gaming computers.

Upgrading to build a gaming PC

The other way to build your gaming PC is find a decent computer and upgrade it to a gaming system.

There are 4 computers at Amazon.com manufactured by Hewlett Packard with core I-7 CPU processors that range in price from $580 to $750. One has 16 GB ram with Windows 10 installed. You would need an SSD drive for $128 + a high frame rate graphics card for around $300. Your total cost for one of these upgrades would be less than $1200. You would save about 40 hours in personal labor and still have the knowledge that you built a system capable of handling high frame rate gaming. You would also not have so much chance of destroying parts while building your system. Putting every part in separately increases total cost.

In conclusion, assembly line construction is cheaper than personal assembly. The point is to come out with the best and fastest gaming system possible. With a little research you can add the cost of your parts and use the internet to find systems already assembled. The total package that you end with is important. Look at all the builds you can find. Compare them. Look at the statistics for games and their required frame rates. After considering everything, put a system together.