HomeBusinessThe Future Of Cryptocurrency: What Does It Hold?
Business

The Future Of Cryptocurrency: What Does It Hold?

What does the future hold for cryptocurrency? Much has been made of the market’s remarkable year in 2017 but, while looking back is interesting and instructive, it’s only by accurately predicting the future that we can work out where and how to make money from this volatile asset. Since its inception, things have revolutionized a lot. Many have started using bitcoin as a mode of payment. People can acquire crypto in a number of ways now; one can even buy crypto with credit card!

While it’s impossible to be certain without a crystal ball, what does the future of cryptocurrency hold? Here’s what we can expect to see next in this story… 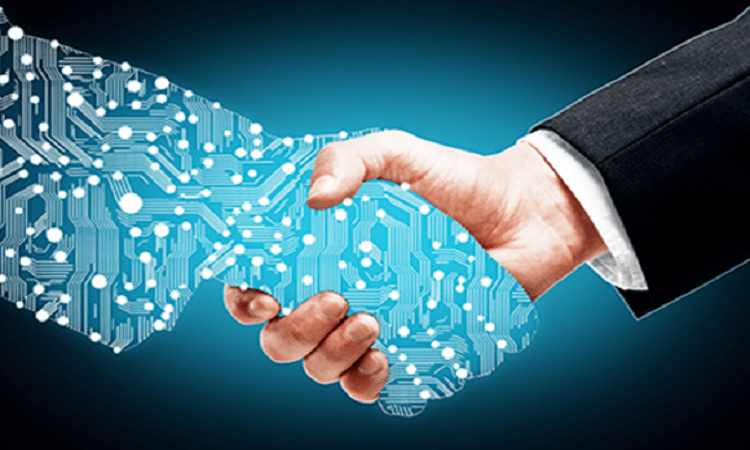 Tom Alford from TotalCrypto says that “Cryptocurrency has a number of great social applications – One simple one is that it can protect individuals from economic issues such as hyperinflation, and in fact this successfully took place recently in Venezuela, protecting families from being completely crippled financially

It as perhaps inevitable that the rise of Bitcoin and the cryptocurrency market would prompt a reaction. This is a disruptive asset that has threatened the existing financial order, with governments and central banks regularly left red faced – and open mouthed – as they followed the Bitcoin price live and saw it breaking ground that had seemed impossible only weeks before. A combination of this and the genuine concerns over scams and the use of cryptocurrencies for illegal purchases is driving moves to bring regulation to the market.

While some fear this will clip the wings of the cryptocurrency market, the nature of the regulation seen so far in places such as South Korea has actually been far less dramatic than many feared (indeed fear of regulation has probably done more to affect the price than actual regulation so far). However, other nations are also now weighing up how to apply rules to this market and it remains to be seen what impact, if any, these have on the price of the asset or the ability. Tougher advertising rules are also set to clamp down on the way this market can be promoted.

It’s wrong to see that regulation will have a wholly negative affect, however. If new rules can clamp down on some of the worst practices, then investors and users who are otherwise nervous about cryptocurrency might have their fears eased and it could ‘clean up’ the sector, making it safer and more secure for all concerned.

The future of cryptocurrency could well rest – at least in part – in providing access to finance for people who are ‘unbanked’. Forbes notes that there are about two billion people worldwide – and almost 60 per cent of adults in the developing world – who don’t have access to a bank account and some countries where up to 95 per cent of transactions are made in cash.

Yet, many ‘unbanked’ people do still have access to a smartphone which gives them the means to hold a digital wallet containing cryptocurrencies. This could potentially open up much greater access to financial services and the economy.

Greater use in developing countries offers one way in which we can expect to see greater adoption of cryptocurrencies in the future. Whether it’s the fact that one in five finance firms is considering trading in this market or the number of retailers who wish to offer this as a payment method, it’s clear that people have decided to sit up and take notice.

Increasingly, cryptocurrency ATMs are springing up to allow people to convert their cash in cryptocurrency and vice versa, with more than 1,600 of these in the US alone. Such machines are seen as an important step in helping a more mainstream adoption of digital payment assets.

Greater competition – with the emergence of a whole host of cryptocurrencies beyond just Bitcoin – can only help too, giving consumers greater choice.

The increased demand for cryptocurrencies could well mean a return to price rises in this market during the rest of 2018 and into the future.

Nigel Green, founder and CEO of financial consultancy De Vere Group, said: “Current market activity indicates that the major cryptocurrencies are set for another considerable surge in prices gains in the near future.” He added: “We’re certainly entering crypto bull territory, with many retail and institutional investors now finding that cryptocurrencies can no longer ignore the opportunities.”

Certainty and cryptocurrency don’t necessarily go hand in hand – indeed volatility is part of the appeal – but anyone who wanted to write them off after the price slump at the end of December seems to have spoken too soon.

Futurist and author Thomas Frey recently boldly predicted that: “Cryptocurrencies are going to displace roughly 25% of national currencies by 2030. They’re just much more efficient, the way they run.”

The next chapter in the cryptocurrency story will, inevitably, involve regulation. However, it seems unlikely that new rules will hold back greater adoption which might, in turn, drive prices up and help to improve access to the economy for people in developing countries.