Before we look into the great advantages, let’s examine what exactly are bipolar fuel cells to begin with? To summarise very succinctly, a fuel cell converts chemical potential energy into electrical energy. It’s able to achieve this by stacking precisely manufactured plates on top of each other which then creates a large surface for the chemical reactions to take place; for example the reaction between hydrogen and oxygen that creates water releases electrons and warmth.

As a result of the increased demands for sustainable alternative energy sources, the above process is currently being used in many vehicles such as cars and trains as well as heating residential buildings. As the most abundant element in the universe , many industries are looking to harness hydrogen in order to power transport and store excess energy produced by wind and solar. 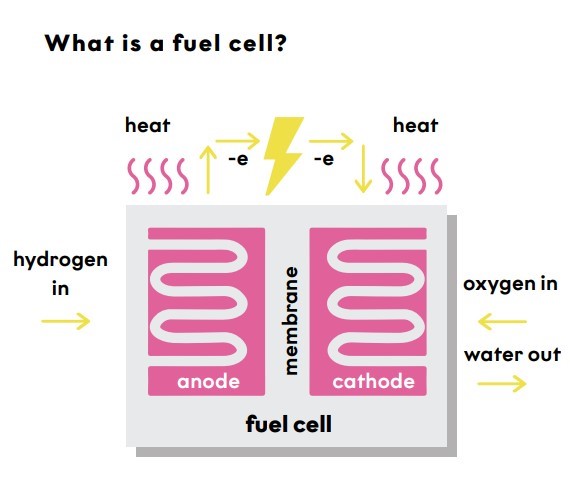 The above illustrates Proton Exchange Membrane (PEM) which is a specific example of fuel cell technology that is suited to automotive applications due to its energy conversion efficiency, compactness and operating temperature. This is why at Tecan, we’re dedicated to manufacturing precise bipolar plates as they constitute one of the most important parts of PEM and Alkaline fuel cell (AFC) stack. It has multifunctional characteristics such as distributing oxygen and fuel-gas over the entire active surface area, providing electrical conduction between cells, joining together the anode of one cell to the cathode of another, facilitating fluid management within the cells and removing heat from the active areas.

There is now a demand for and rush to replace fossil fuels which has in turn created a new challenge of not only finding viable energy alternatives but has also ramped up production efficiencies in order to meet this new demand. Material choices and cost of bipolar plates have long been the bottlenecks for further development and application of hydrogen fuel cells as the bipolar plates represent the second largest portion of cost in a fuel cell stack.

As the technology becomes more and more sophisticated, manufacturers are constantly exploring which systems offer the most efficiency in terms of cost and performance. Traditional techniques leave the metal plates structurally weak, and therefore with a low power output, prone to rust and bulky which certainly isn’t ideal for its intended purposes. Thankfully chemical etching can meet the high requirements for producing the metal plates. With this manufacturing technique, it’s also possible to work on both sides of the metal plate simultaneously which is perfect because in its final form, the fuel cell plates are carefully stacked on top of one another.

Thanks to the very nature of chemical etching manufacturing, we’re able to achieve precise designs into a great variety of different metals. This makes it ideal for shaping the fluid/ gas channels in the bipolar fuel cell plates as the etching process is able to dissolve away unwanted material to precise measurements. This means that where some manufacturing methods may leave burrs or stresses in the metal which can then affect fluid movement and direction, chemical etching is a burr and stress-free process that creates whatever stencil or shape required, absolutely perfectly. There is no negative affect upon the metal so as well as being an exact stencil, the metal is structurally in-tact and unaffected by the manufacturing process which can’t be said for a number of other metal-etching techniques.

It’s thanks to the weight of the final product, the power output and its operating temperature that makes bipolar fuel cells so versatile and applicable to vehicles and especially automotive. They can certainly be used in larger vehicles and even ships and planes too but their predominant value lies in the automotive industry. It’s thanks to advances in the chemical etching industry that have made such leaps in achieving efficient and viable fuel cell plates.