HomeTechnologyThe 5 Practical Reasons Why You Should Learn Python
TechnologyWeb Development

The 5 Practical Reasons Why You Should Learn Python

Whether you are a seasoned programmer or a novice, you’re likely to have come across quite a number of people and publications talking up the Python language. Many are often shocked to learn that Python has been around since the 1980s though its only recently that its caught on and rapidly become the de facto gold standard of programming.

Are you interested to learn python? Then Intellipaat’s Python Course is for you. 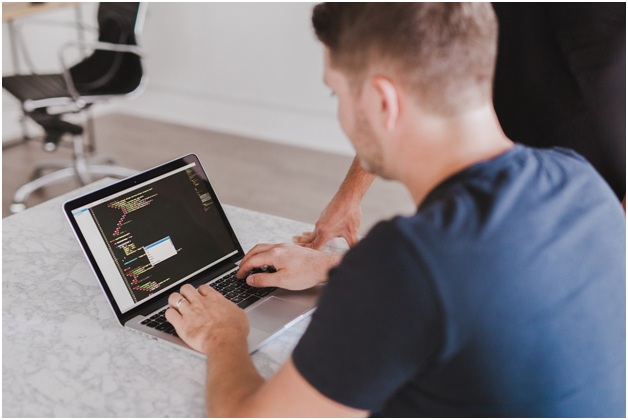 With a plethora of large tech and media companies using it (including Facebook, Google, Uber, Dropbox, Netflix, Spotify, Mozilla and Reddit), colleges are increasingly seeing the need to teach it to freshmen. If you’re thinking about learning code for the first time or are considering adding a new language to your existing knowledge, the following are the compelling reasons why you should go with Python.

Python is easy to learn and fast to deploy. From the beginning, the language was deliberately designed that way. The code is fairly similar to plain English thus making it uncomplicated but without compromising its powerful capabilities.

On average, Python code is 80-90% shorter than C++ code and 60-80% shorter than Java code. This is helpful for beginners since it means they can start building simple but useful programming shortly after they start to learn the language. For experienced programmers, Python increases productivity drastically.

We all love to do things that are simple and easy but isn’t it much more fun when the remuneration is great? One of the reasons Python has become such a magnet for programmers is that the average pay is better than that of nearly all other languages. The average Python developer in the US took home more than $100,000 per year.

A major driver of this is what we mentioned earlier i.e. many large tech companies are hiring Python developers and these companies usually issue the fattest pay checks. Also, despite the soaring interest, the number of skilled Python developers still falls far short of market demand. This increases the odds of a fat bank account for those who master the language.

Python is not only simple and fast but also flexible and powerful. This has propelled it to become the language of choice in diverse applications of tech but most notably in computer science research. When combined with SciPy, NumPy and similar numerical computation engines, Python can perform sophisticated calculations with a single line of code and a function call.

In addition, rich libraries such as Keras and TensorFlow embed machine learning capability. This is a major plus for Python’s future. Machine learning is at the heart of artificial intelligence as it gives computer systems the ability to learn new algorithms without the explicit intervention of a programmer. Already, Python is the language of choice for machine learning.

Python is well poised to ready start-ups for roaring success. The typical start-up begins in response to a gap in the market. The start-up then builds a basic but functioning product to fill that gap. It’s trialed as a prototype and based on customer feedback, continuously improved until it’s fully functional and adequately satisfies customer expectations.

While it’s possible to do this with other programming languages, Python’s simplicity allows you to build complex applications fairly fast. Start-ups are usually short of time and capital so speed is an advantage they need to outwit established competitors.

It’s popularity among big industry players should tell you that Python can build almost any type of computer program. Though languages such as C++ can probably be described in similar terms, Python’s ease of use and learning gives it an edge. In addition, Python makes it easier to master the universal tenets of programming logic and code flow.

Python has been around for decades but there’s been no better time to learn it than today. The surge in interest is unlikely to die off soon.