In 2018, Talking Rain named Chris Hall as its new CEO with him officially taking the reins of the company in April. Chris joined Talking Rain 12 years ago, starting as an assistant, and has since evolved and served in positions such as Vice President of Sales and Chief Operating Officer. 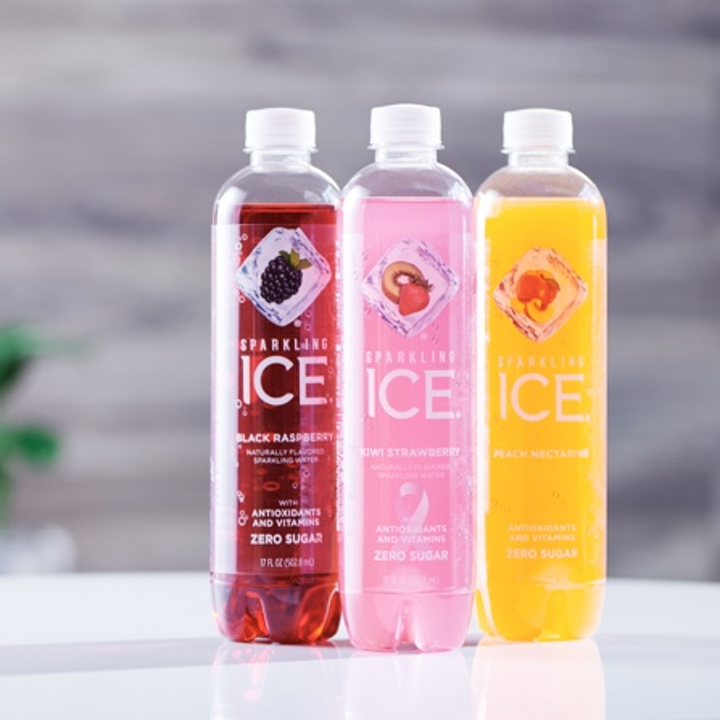 After his busy days as Talking Rain’s CEO, Chris spends his free time with his family and has taken on the hobby of grilling. The time that he spends with his family allows him to relax from his days of growing Sparkling Ice, made by Talking Rain, into an internationally recognized brand across the sparkling water landscape.

Taking a trip down memory lane, Chris Hall graduated from Central Washington University with a Bachelor Degree in Business.  He later followed previous generations of his family into the military and joined the U.S. Navy, where he served as a submariner from 2000 to 2005.  Prior to his time at Talking Rain, Chris worked in the hospitality industry.

In 2007, Chris Hall joined the Talking Rain Beverage Company as a Human Resources Assistant where he quickly developed an interest in growing within the company. He entered the sales and marketing department where he was able to focus on school and trade marketing. With this experience behind him, he was able to transition into managerial positions within Talking Rain.

By 2009, Chris Hall had become Talking Rain’s new Midwest Market Manager. He succeeded in expanding the new role he recently earned by becoming the Midwest and Northeast Regional Sales Manager.

Chris Hall’s stardom continued to rise as sales of the company’s Sparkling Ice began to increase. This success led him to become the Director of Sales for the Midwest and Northeast, where he helped secure one of Sparkling Ice’s largest retailers to date, Kroger.

Chris continued on this path of success as he was further promoted to Vice President of Sales. Within this position, he played an instrumental role in helping Sparkling Ice achieve its goal of having 100% DSD coverage and distribution.

After demonstrating his prowess in sales, Chris became the Chief Operating Officer in April of 2018, allowing him to take control of the entire sales supply chain operations.

In this new role, Chris set to redesign the company’s corporate pillars of purpose, vision, values and foundation. In addition, he developed a corporate strategy ultimately leading the company towards sustainable success.

With a focus on optimization and the product pipeline, Chris was also able to increase the company’s overall growth. His tactics caused a record spike in 2018 when the opportunity arose to ship 15 million cases of Sparkling Ice between June – August alone.

How Sparkling Ice Came to Be

The Talking Rain team came up with the idea for a new beverage that it would call “Sparkling Ice” in 1992. At that time, the company’s customers wanted a sparkling beverage that didn’t have a lot of sugar or too many calories.

The team met its customers’ needs by creating sparkling water that had a bold flavor without any sugar.

A key part of the company’s culture is being aware of what consumers want. This led to the creation of Sparkling Ice. Talking Rain needed to be ready to create something new and put it in front of their consumers even if it had never been tried before, and it paid off!

To stay on top, Chris recommends brands listen to their consumers, watch what is going on in the markets, refuse to rely on one’s own biases and be ready to make changes when necessary.

The Future of Sparkling Ice

Chris Hall has his eye on the future for Sparkling Ice. The sparkling water market has been experiencing a transformation over the last several years, allowing Chris to identify new opportunities for growth.

One trend that interests Chris is the consumer’s desire for caffeine. Consumers continue to gravitate towards certain beverages, such as soda, due to the caffeine content within.

Talking Rain catered to this demographic by launching a caffeinated sparkling water called “Sparkling Ice +Caffeine.” This beverage has the same bold flavor as Sparkling Ice, but contains 70 milligrams of caffeine from natural sources. It appeals to consumers because it isn’t considered a diet soda, but also isn’t coffee either.

With the success of this new beverage, Talking Rain plans to continue expanding the options the company provides to consumers in the functional water genre.

Look out for what’s next from Chris Hall and Sparkling Ice!