Android O to get a new name is what Google has officially disclosed. The tech-savvy giant is going to officially declare a new name for its next operating system Android O within a few days. Tentatively, the day of the solar eclipse, that is, August 21, 2017, is going to be the day that Android O will receive a new name. Solar eclipse seems to be a good day for all the Android users. So get ready guys! As there are just few more days left. 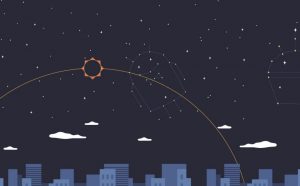 Google’s new launch in the third quarter of this year seems to be right. Last year, Google had launched the Android 7.0 Nougat on August 22. Thus, it seems to be a continuation that the recent Android O’s official name will also be released on August 21 of this year. Once the Android O starts officially rolling out, following it will be the Pixel and Nexus in terms of update. Google is also planning to bow a seed for the updation of the other OEM’s who then will start their own overlays and custom skins.

In order to enhance the user experience, Google has refined, polished, and also included certain user-centric features. The features include notification dots, multitasking, third-party calling apps, a new picture for the picture mode that will help watch videos in a small screen, and also provide notification channels where the notifications can be grouped into various channels including sports news, entertainment, and so on. What’s more interesting is that another feature named “Copy Less” makes the copying and pasting in the Android O operating system using machine learning along with computer vision. The operating system will have multiple back-end ameliorates including an excellent battery management algorithm, audio enhancement including Bluetooth audio, app optimization, and so on.

For enhancing the battery life, the tech giant is planning to introduce “Wise Limits,” a feature for placing restrictions on the background apps in case of the ones using location services. Google has certain limitations when it comes to background services, implicit broadcasts, and location updates. As the Android O Beta has rolled out, the users can now experience the Nexus 6P, Google Pixel, Pixel C, Nexus 5X, and Pixel Xl by signing up into the beta program and wait patiently for the OTA update.

The guesses regarding the Android O’s names such as “oatmeal_cookie” or “Oreo” has been doing the rounds. However, let’s wait till Google officially discloses the name of Android O.