HomeBusinessSamsung has Spent 4 Billion Dollars in Advertising in 2012
Business

Samsung has Spent 4 Billion Dollars in Advertising in 2012 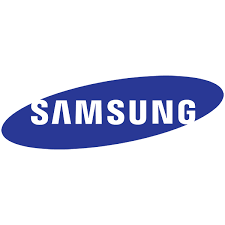 The Samsung seems to throw too much weight to the promotion of its products, especially in 2012 was the year that confirmed spending, more or less, more than $ 4 billion in advertising campaigns.

Indeed, the amounts spent by Samsung in the last four years can be compared with the “giant” of advertising that goes by the name Coca-Cola, and in 2012 managed to surpass it. One has to think that the money given to advertising the Korean company last year, is up to four times more than they spent the Passwort ? Software Version 9 Adobe Flash Player. main competitor, Apple.

With the impending release of the new GalaxyS IV in the U.S. market is expected to continue this aggressive promotional engaged as Samsung, has a start new advertising campaigns for the company”s new flagship.

Finally, it is possible this year to look at other companies in the area, such as Apple, follow this policy in an effort to gain a percentage of the share held by Samsung in the market.