Rohit Sharma stands out as an integral part of IPL’s title-winning team. Out of five title wins, he was the captain on four occasions. On the first occasion, Adam Ghilchrist’s Deccan Chargers, which has been now defunct, won the IPL trophy defeating Royal Challengers Bangalore. Rohit Sharma was a part of Deccan Chargers in 2009 when the team won the title. 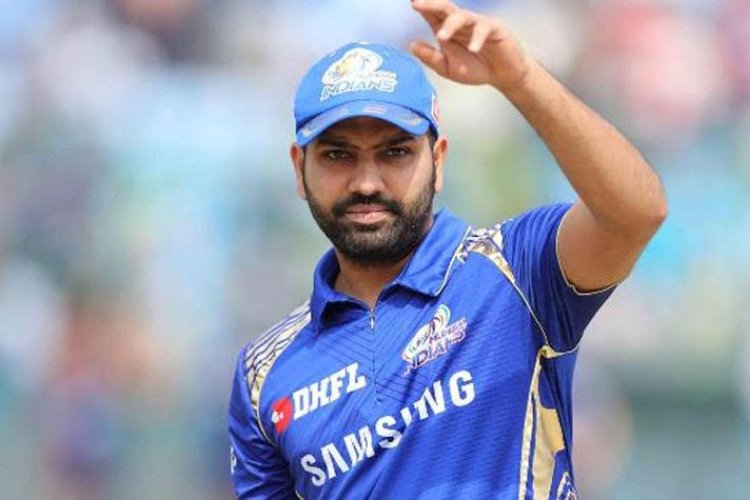 Mumbai Indians success story kick-started in 2013 after Rohit was declared as its captain. If we look at Mumbai Indians captain list, Rohit has led the team where it is today. The team avenged the 2010 defeat by winning against Chennai and continued to repeat the feat after two years as well. The Indian vice-captain won the IPL the fourth time when Mumbai Indian defeated Pune Supergiant back in the year 2017.

Thereafter, Rohit Sharma moved to Mumbai Indians, where the team was missing back-to-back titles as the side lead by Sachin Tendulkar was closely defeated by Chennai Super Kings, which was led by MS Dhoni. This kick-started a blossoming rivalry between Chennai Super Kings and Mumbai Indian, which the fans love to witness. In the Mumbai Indian captain list, Rohit has shown tremendous performance.

A powerful run-getter, Rohit Sharma is among the most gifted batsmen and has been collecting excellent runs with his bat. There are not many who can match with the Hitman’s striking abilities in terms of the shorter format.

In the first three seasons of IPL, he was among the most consistent batsmen that Deccan Charges had. He was also instrumental in the franchise winning the IPL title in 2009.

His Move to Mumbai Indians

But in 2015, Rohit’s captaincy was put to the test when the team was struggling to stay afloat with winning merely one of the six matches that they played. But things turned around better soon with the team showing remarkable performance. And it even lifted the trophy for the second time with a great win in the final match. In that match, Hitman made a half-century and was announced the Player of the Match.

Rohit’s legacy continued to expand from thereon. Under his leadership, Mumbai Indians won the IPL title in 2017 and 2019 as well.  Rohit continues to be the captain of Mumbai Indians in IPL 2021.

Rohit Sharma is among the top T20 batsmen in the world. He has created many records in his IPL journey and emerged as the most successful player and captain. In his debut IPL match in 2008, he played 12 innings and managed to score 404 runs with a 147.98 strike rate.

The Hitman also hit 19 sixes and 38 fours and made four half-centuries in the season. He has shown a consistent performance in every season of IPL. The Player hit his first IPL century in 2012 and made his first high score runs of 109. In 2015, Rohit played 16 matches and scored 482 runs with a 144.74 strike rate.

In 2020, he did not play all the matches in the season due to an injury. Rohit was there for 12 matches and scored 332 with a strike rate of 127.69. He also scored three half-centuries in the season. Till 2020, Rohit Sharma had played 200 matches where he scored 5230 runs with a strike rate of 130.61. He has also scored 39 half-centuries and one century with 213 sixes and 858 fours. Along with batting, Rohit Sharma is an excellent fielder as well.

The once postponed IPL 2021 is all set to begin on September 19, 2021. The season will start with a fierce clash between the two champions Chennai Super Kings and Mumbai Indians. Qualifiers one and two will be played on October 10th and 13th, whereas the eliminator will be conducted on October 11, check out the complete IPL 2021 schedule for 2nd phase.

The complete schedule of the games will be provided to the teams soon. Although both the teams have won three IPL trophies each, Mumbai Indians have had the edge in the outcomes of matches between the two franchises. And out of the three titles owned by Mumbai Indians, the team had defeated Chennai Super Kings in two final matches. For more updates on the sports news, stay tuned with Pure Win News.