Rocket League Speed Flip Tutorial – How To Do The Fastest Flip?

Do you ever find yourself missing that save by millimeters or being beaten to the ball on kickoff? If yes, so it’s why you should learn the speed flip – the fastest and most effective flip in the game. The fastest flip in the game the go-to for all high-level players across the board, it was kind of popularized by musty around a year ago and ever since has become the standard flip people want to use if they want to make it around the field as fast as they can. With our guide, you will learn the fastest flip easily and can rank up to top in the new season without spending money on any Rocket League Credits. 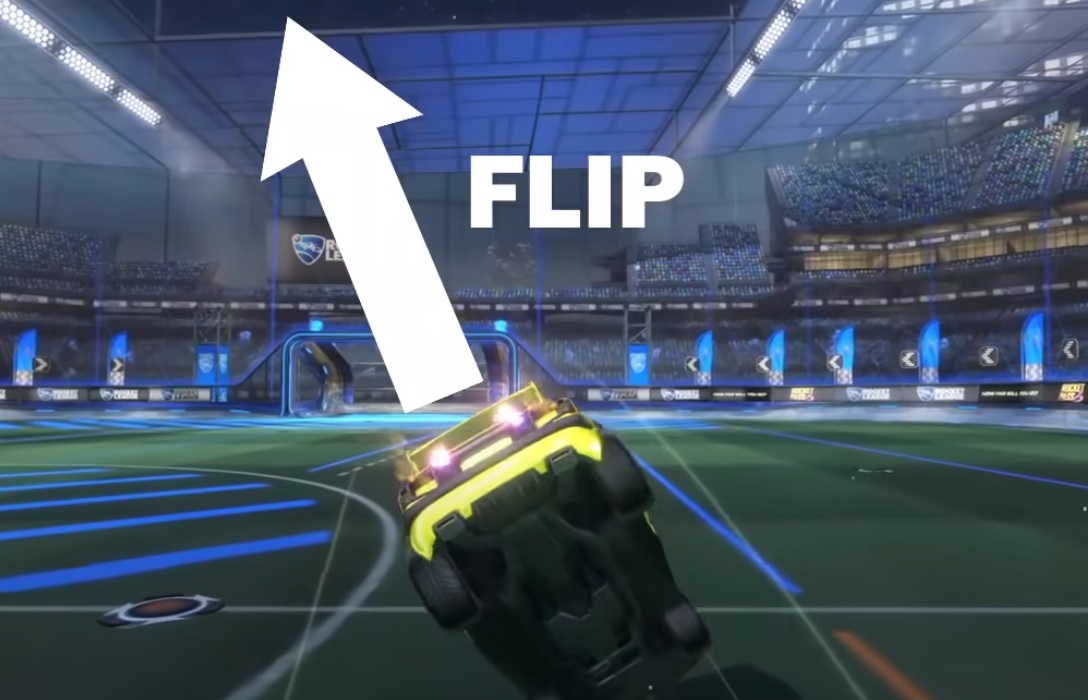 If you had some games against players that didn’t use the speed flip in 1v1, and you are not lying and saying that you could literally score up to 10 kickoff goals against them, they could have the best offense in the world and not be able to win solely because you are scoring kickoff goal after kickoff goal against them. It just shows that you need to learn this mechanic and the sooner you do so the faster you’ll improve your rank and skill. Gone are the days of the forward or diagonal flips, this is the era of the speed flip, and you’ve come to the right place if you want to learn it for the first time or finally perfected. A detailed speed flip guide from the professional Rocket League Items trading store – Rocketprices.Com will help you learn how to perform the fastest flip in Rocket League.

How To Do The Fastest Flip In Rocket League?

And while it may seem overly difficult, there isn’t too much to it at all. All you really need to know is how to flip cancel and that’s really it. The rest comes down to timing and understanding your car’s positioning.

Step 1 – So like all tutorials, head into free play and first start with flip canceling. Now flip cancelling is the action of starting a flip, then pulling back on your analog stick to stop the motion mid flip. This is the basic part of the speed flip, so once you’ve got this down and you understand the timing needed to flip cancel, you pretty much have all the hard work already done. This one move is really all it takes to speed flip, so knowing that and moving forward let’s get into the actual speed flip itself.

Step 2 – The motion you will need to make with your analog stick is a very very slight diagonal front flip, you can go left or right. Once you’ve done this, you want to immediately bring the analog stick straight down and hold it down until you land.

Step 3 – Now what this does is it starts a small diagonal front flip, then immediately stops it, and spins the car so that the nose ends up facing down towards the ground. At the same time, this keeps the momentum of the diagonal flip but now allows you to boost the entire time because the flip cancel will keep your boost facing backwards the entire time. 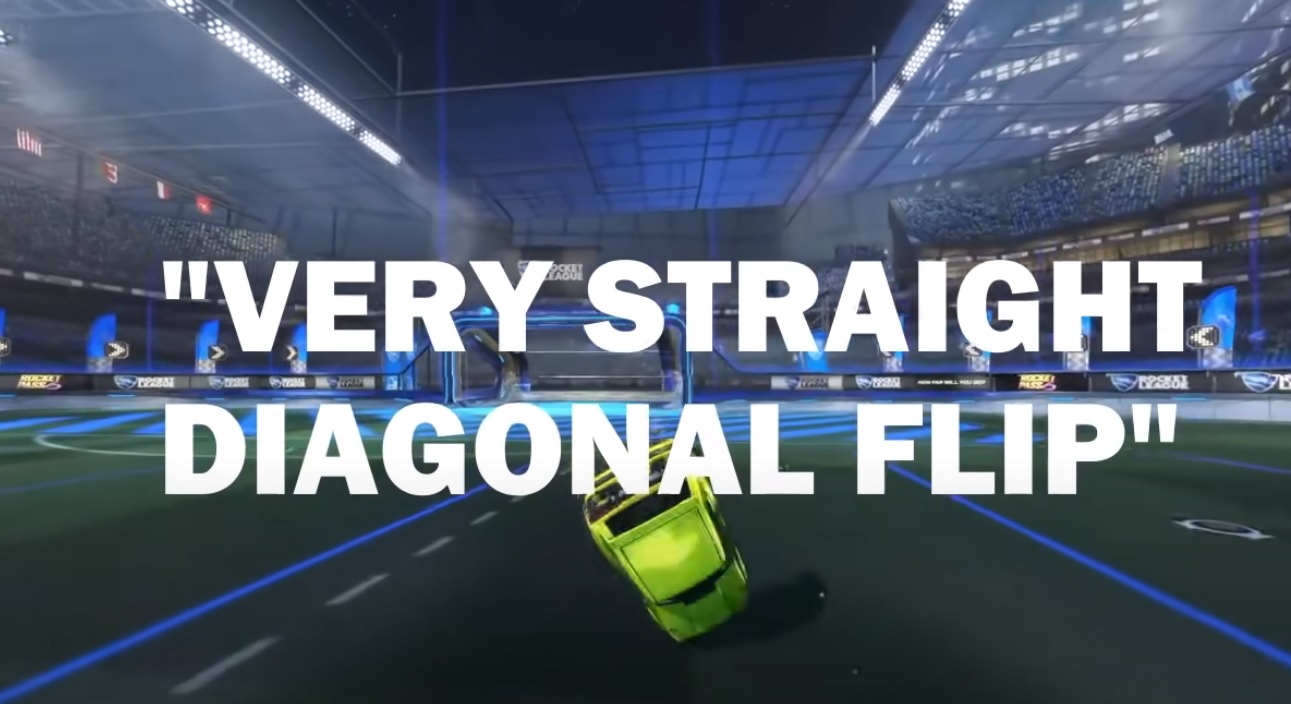 Step 4 – Your car is going to travel forwards with its nose facing towards the ground, which then means you’re going to have to hold air roll as you come out of the flip to make a very slight adjustment to get you back facing the right way. The movement isn’t major, just a small flick of the analog stick to bring your car facing forwards again. 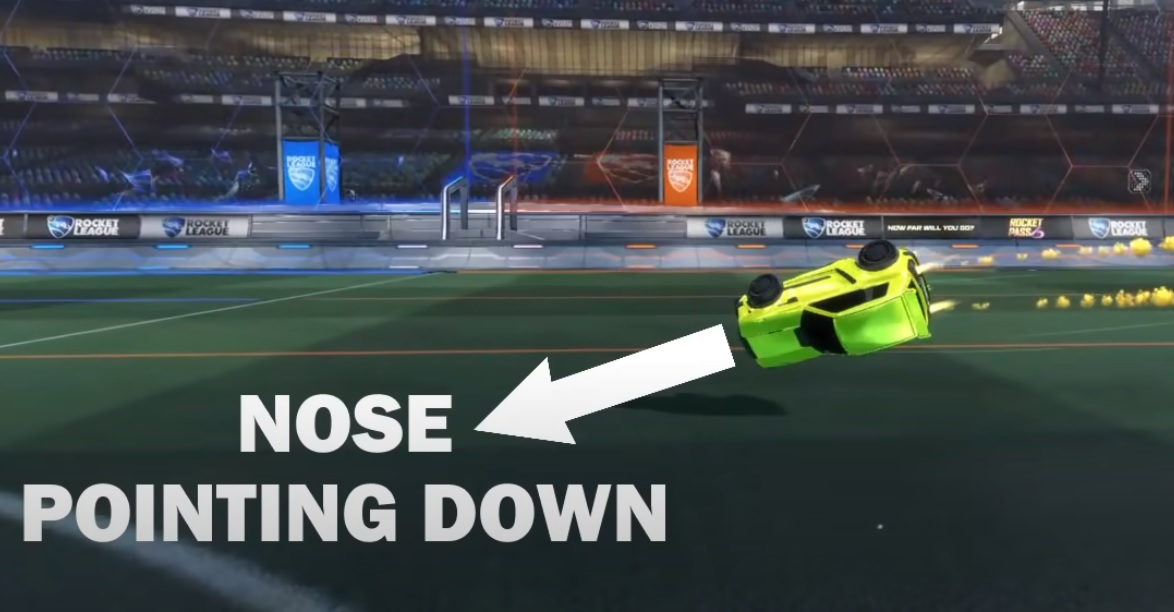 A bonus is if you have air roll and drift bound to the same button, as this is going to allow you to make that small adjustment at the end of the flip. And it’s going to continue your momentum with the power slide if you still land slightly off.

The other bonus of this flip is that: because the nose of the car is facing the ground, you’re going to make contact with the ground much faster which gives you a quicker landing time, resulting in more time for you to control the car afterwards.

Problems & How To Fix

Now we’ll move on to some common problems that happen when learning and perfecting the speed flip:

Flipping off center, landing sideways and overall just not hitting the center of the ball,  if this is you then don’t throw in the towel and say the speed flip is garb and it’s useless. A really great tip to fix this is to hold the power slide button for the entire duration of your flip, this means that if you are sideways you won’t start traveling in a random direction but continue traveling on to hit the ball. 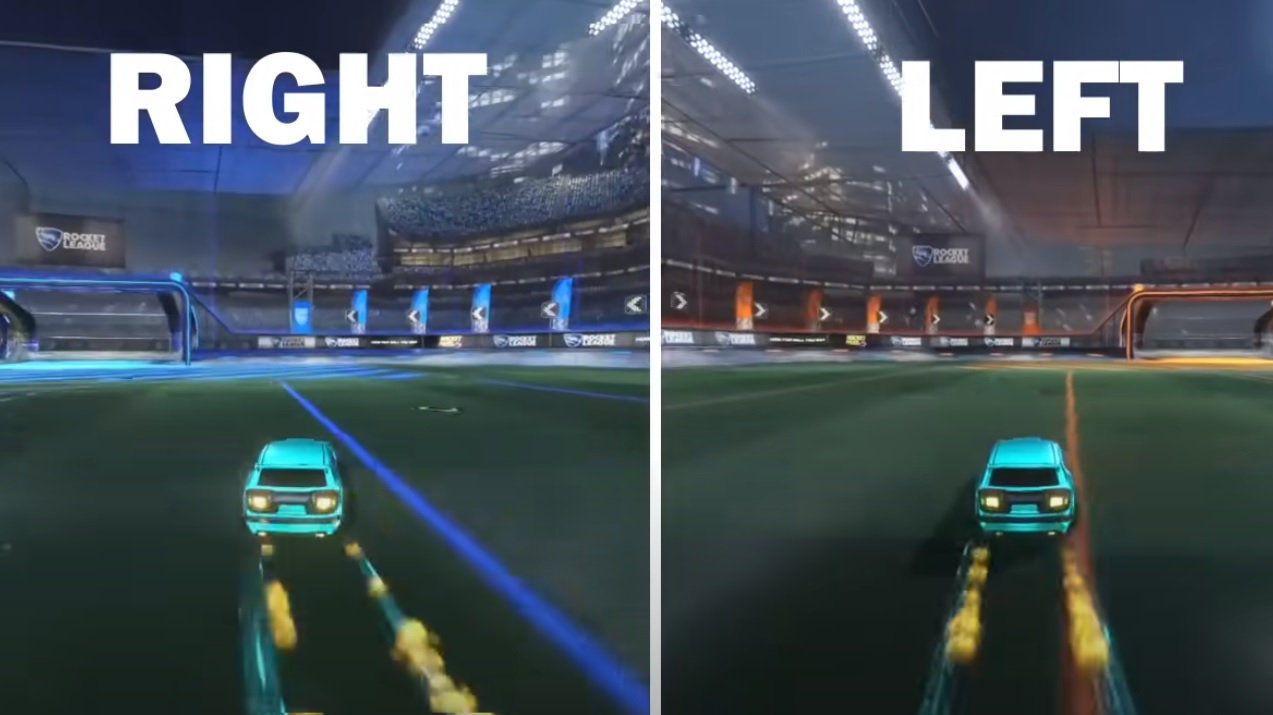 We also have aerial bound to the same button for a bit of extra control in the air, but that’s totally up to you. If you want to become even better at it, learn to do it whilst flipping both to the left and to the right, this means that you can use either depending on the kickoff position, however you can still use your preferred one and not be at too much of a disadvantage.

Another problem that many people have with this speed flip is that it can be easily counted by slowing or delaying your kickoff. Yes, this is a viable strategy to counter the speed flip, but we are going to show you how to counter the counter. So generally what happens is that you will beat your opponent to the ball by a country mile, so much so that you end up hitting the ball into them, and then it rebounds off their car and they end up with possession and potentially an open net.

There are two things you can do to prevent this:

The quick tips we can give you:

The whole power slide the entire time as it gives you much more wiggle room in case you slightly mess up and allows your momentum to carry forward coming out of the flip.

Try to use it not only on kickoffs but as often as you can around the field, as this is going to train the muscle memory a lot faster and will get you moving around a bit quicker as well.

Please keep in mind that this is not absolutely essential to learn, if you’re struggling and you can’t get it no matter what you do, just leave it for a bit and come back to it. You can go without it as it can be counted pretty easily as well, just don’t be too hard on yourself if you find it difficult at first.

While this mechanic isn’t hard in theory, the timing and understanding of the movement does take some getting used to. Do not be upset if you can’t do this immediately, it can take some work. It is also something that you technically can learn at any rank if you have an understanding of the flip cancel movement, so if you find yourself struggling to learn this in free play or finding it hard to see if you’re actually doing it correctly, here is the speed flip training pack (BFAA-45A5-7A56-73CC) that you can test with.

Overall, the speed flip is something that takes a lot of time and practice to perfect and something that will result in a lot of kickoff losses before you start to improve. You might de-rank but don’t be discouraged for when you overcome the hardships and rise up you will be the king of the kickoffs. if you want to improve your gameplay, check out more Rocket League guides here

In this guide, we are going over defensive tips 101 for Madden 21. All the basic information you need tov know on defense to...
Read more
Sports/Games

Linux has made a revolution in the world of gaming. There are millions of people using Linux currently in their day to day lives....
Read more
Sports/Games

Steps To Solve Minecraft Unable To Connect To The World

Minecraft, the Sandbox Video Game, which has been creating a buzz all over in the recent times has faced issues regarding the connection of...
Read more

What Is Roadmapping And How Can It Help Your Business?

What Makes a High Quality Preschool in MacPherson

3 Top Choices to Get the Best Salesforce Training in Noida