Reliance Jio Infocomm, owned by Mukesh Ambani, has filed 54 patents in the previous year as per the annual report of Reliance Industries Ltd. (RIL).The report also mentioned that, with the introduction of its device brand LYF by Reliance Retail (its retail firm) and numerous launches by other leading OEMs, it is estimated that nearly all the smartphones to be retailed in the approaching months will be empowered with VoLTE. 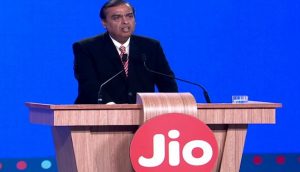 The further game changer for the telecom operator will be its VoLTE feature phones, for which it has been in news. This is critical as it is “feature phones,” with their lower cost points, that will aid the Telco to get subscribers who can’t pay for a smartphone.

The report detailed that the operator, contrasting its rivals, had a streamlined tariff framework with less than 20 schemes in contrast to the 22,000+ tariff schemes existing in the country at present. It said, “the plans are constant throughout India, instead of circle-specific plans and are developed to fit each budget.” In the report, RIL said that in every tariff schemes, voice services (STD, national roaming, and local calls) will be provided free of cost to all its customers.

The company making its debut in September 2016, with its back-to-back promotional offers successfully hit a user base of more than 100 Million in 170 days. However, the Telco saw a drop in the subscriber addition dip in the last few months. Also, the setup of Jio has resulted in price conflicts in a sector staggering under dues of Rs 4.6 lakh crore and made the top players Idea Cellular and Vodafone India declare their merger.

In the annual report by RIL, the promoter organization said that Jio along with its own market-leading tariff schemes will also provide its customers the alternative to select any of the other prominent Indian telecom operator’s highest selling tariff scheme, but with more data of 20% than what the other operator offers.

The report specified that after the launch of Jio, the mobile broadband coverage at present in India has uplifted to 75% equivalent with the United States. And with 1 year, it is expecting to achieve over 95%. It also stated that the data usage per user in India is lower than the global average; however, the more than 100 Million subscribers of Jio on an average use 10GB/month/user. This is utmost per capita mobile data usage in the world. Also, according to the report, RIL has generated jobs for more than 1.4 Lakh individuals.