JD.com, the main e-commerce competitor to Alibaba had it’s challenges in 2018, but so far 2019 has been a good year for it as it posted its first quarter earnings. Revenue was shown to be at 121 billion yuan, the equivalent of $18 billion US dollars and its shares on the NASDAQ were trading up at 33 cents per share, nearly triple the amount that was forecasted. Even though President Trump has escalated his trade war with China and has continued to use tariffs against them, Liu Qiangdong’s company has continued to grow and attract interest both in China and the US, and accounts that customers opened are now at 310.5 million, up 15℅ from last year. Also announced with the opening earnings was a new deal with the company’s current majority stakeholder, Tencent Holdings which now merges JD’s platform with Weixin and WeChat, and further strengthens their position in China’s technology sector. 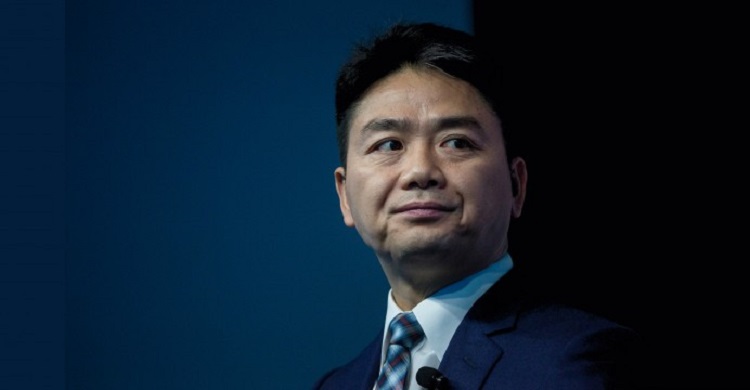 Liu Qiangdong, the founder and CEO of JD is usually better known as Richard Liu, and the company has been over 20 years in the making. He was born in the Beijing area and his family ran a coal supply business that he helped out with growing up. Liu attended the Renmin University in the early 1990s intending at first to go into politics, but when he realized the door wasn’t open for him to do that, he decided to study computer programming on the side. He also decided to make his first attempt at running a business while still in school, and he borrowed some money to open a restaurant. Unfortunately Liu couldn’t get enough business to keep it open, and in less than a year he closed it down. He did get a job in 1996 with Japan Life in their IT department, and later he managed teams of programmers.

It was 1998 when Richard Liu decided once again to see if he could start a business, and this time it was in electronics and computer hardware sales with optical drives being the key product. He and his girlfriend at the time actually succeeded in selling these products, and the original name they gave their new business was JingDong, a name that combined two characters of their last names. Liu opened several different stores for the company over the next few years, and up until 2003 it was doing very well, but then the SARS outbreak hit. With many employees and customers dealing with the illness, Liu had to close the stores and times looked tough, but then he had an idea. Instead of making the company limited to brick and mortar operations, he decided to turn it into an e-commerce store and build up its inventory from electronics to having many consumer products. He rebranded the company from JingDong to JD.com in 2005.

Liu started turning his company into something that resembled both Amazon and eBay, and over the years he saw Chinese customer interest grow as its product list expanded. Liu privately-owned the company until 2010 when Tencent Holdings decided to purchase a number of the shares as they wanted to help JD compete against Alibaba, a company they feared would start monopolizing the e-commerce space. This funding also allowed Liu to invest in technology like drone delivery and robotics, two services that have become staples of JD. He’s been very pleased with the overall direction of the company and is hopeful the US rethinks negotiations with China so the company can do more deals with US businesses.