Honor is a familiar name to everyone now and there is no one who don’t know about them. They made their name in the industry for providing budget smartphones with a great deal of specifications and a premium feel. One of the best seller of their lineup was the Honor 8 and Honor 8x.

Now is the time when the maximum use of a smartphone is for multimedia consumption or gaming and the most basic requirement for all that is a great big display. Every brand is now going forward to the large screen phones with minimal bezels so as to confine the whole length of the device. 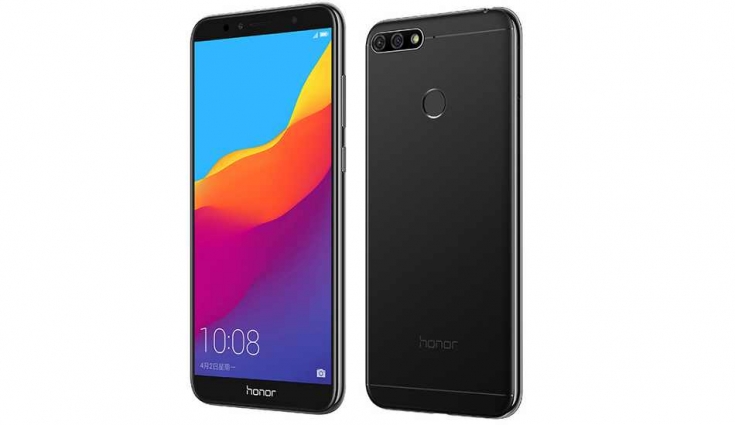 This year they launched a new device in their budget category, the Honor 7C. This device was launched in March of this year and the world went crazy about it. It was a compact design which was giving the flagships a run for their money. This phone has launched on Amazon. The price of this phone is Rs.9,999/- while after using Amazon coupons one can avail up to Rs.1000/- on this phone.

The all new Honor 7C brings a lot many new features like the new 18:9 aspect ratio display and many more. Let’s discuss about these in detail here.

The Honor 7C exhibits a big full HD+ 5.99-inch capacitive touchscreen IPS LCD display with an aspect ratio of 18:9 that is built with a screen resolution of 720 x 1440 pixels resulting from a pixel density of 268 PPI. Up at the back panel of the smartphone, there is a fingerprint sensor, which makes it all the more secure. There is one bottom facing speaker and two microphones for noise cancelling.  With all metal built and curved display, this phone looks stunning. There is dual camera setup present at the back which will give you great camera shots.

The performance sector of this device is supported with the latest specifications available in the market. The processor used is the snapdragon’s latest, Qualcomm Snapdragon 450 chipset. With this chipset, a lot many improvements can be seen as compared to the 435 chipsets. 4 gigs of RAM is more than enough to power this beast and would give the user a seam less experience. The graphics department is under control by the latest Adreno 530 GPU that allows you to maximize the fun and enjoyment of playing intensive games on the Honor 7C. The premium level experience can be expected from this device and you can run n number of applications at once without this device getting slow even a bit.

Camera is a significant part of a smartphone and after last year, it had become a deal breaker for many people. Before 2017, camera was measured on the basis of details and crispness that it provided, but since then the camera world has changed and now the smartphones are more than capable of giving you shots close to the quality of professional cameras. The dual camera setups and the low apertures with portrait shots is a great deal now.

The Honor 7C launched with a dual camera setup which was hard to beat. Both the lenses are primary lenses with aperture f/2.0 that allows large amount of light to enter thus improving the image quality even in low lighting conditions. There are companies like Huawei who released a device with three camera modules in the rear, separate for RGB and monochrome but Honor does their work perfectly with just two. The new sensors will help in improving the quality of portrait shots.

Storage is one of those area in which Honor fades to comply. The main variant has 64 GB of internal storage. But the story does not end there, they have got the option of external storage available. You can use a memory card of up to 256 gb and get all the space you need. On the RAM department, the 4 gigs of RAM is ample to perform all your tasks.

The software experience of Honor devices is a great experience and over Oreo they just created a marvel here. They run a close to stock ROM with some minor tweaks which makes it an all-round experience.

Battery has always been a strong suit for Honor devices. They have always given big batteries in their devices. Battery is an important part of a smartphone and is a deal breaker for many. The One Plus six houses a 3000 mAh battery which, from experience from Honor 8, can easily last a whole day. And with Honor’s own fast charging technology, Smart Power 5.0, which is evidently amongst the fastest charging in the market, the device will get enough juice to last a whole day in just a charge of an hour.

Since their beginning, Honor has been the flagship provider and set to defeat the more expensive high-end devices. Like before, the Honor 7C is loaded with top notch specifications. With the latest Qualcomm snapdragon 450 processor, an upgrade in the interface and specially the camera department will be visible.

When it comes to the memory department, the device will come with 4 GB of RAM and an internal memory of 64GB expandable up to 256 GB. The primary camera is a dual camera setup with one of the lens being 13 MP shooters while the other one is a 2MP one. The front selfie camera is an 8 MP shooter and would be adequate for some great selfies. A battery of 3000 mAh is going to support this huge display which would easily provide backup for more than a day.

There was loads of new things to capture your attention in the new Honor 7C. Be it the all new glass back or the tall display in the front, everything was just perfect and very 2018-ish. The top four things from the first impression of the Honor 7C are: