The notorious OurMine hacker group is back. Yes, it is the same crew that had recently hacked the social media accounts of HBO and Game of Thrones. And now they are claiming to have hijacked the official Facebook and Twitter accounts for Sony PlayStation Network. The hacker crew is recognized for infringing into social media accounts of high-profile companies and figures, comprising, those of the HBO. 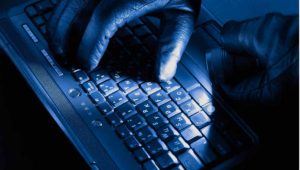 In an array of posts, the hacker group said, “Hi, it is OurMine; we’re a security group and if you work at the PlayStation then please contact us.” Also, the hacker crew has hacked the account of PlayStation Brasil and posted analogous messages, attempting to make the hashtag #PlayStationLeaks trending. As per the member of OurMine who was cited in the report, they managed to infringe with the use of Sprout Social management account of the gaming giant.

The hacker group also claimed that the database of the PlayStation Network was also potentially compromised. If right, it would indicate that the user registration data such as email addresses and names can be uncovered at the hacker’s will. Nevertheless, the hacker crew has said it was not planning to expose the data, asserting “we’re a security group.”

The hacker crew mentioned, “We select the individuals who have awful protection to hack them and inform them regarding their security.” The access to social media post and accounts was rapidly regained by Sony after been taken down.

Director of BugsBounty.com, Ankush Johar, said, “A preventative move of operating a bug bounty program may have helped Sony in evading the hack as it does for organizations that hold valuable data including Google, Facebook,  and even the United States Department of Defense operating “Hack the Pentagon, Army, and Air Force” programs.”

BugsBounty.com is a security platform for organizations and ethical hackers. In the previous year, OurMine was also accountable for hacking the social media accounts of Dick Costolo of Twitter, Mark Zuckerberg of Facebook, and Sundar Pichai of Google. They have also hacked websites such as BuzzFeed, TechCrunch, and Variety.

This is not a new experience for Sony. In 2011, the PlayStation service was impaired for a month after sensitive data of about 77 Million subscribers was unveiled during a huge cyber attack. Johar said, “After the huge 2011 hack of PlayStation Network of Sony, hackers said that they have obtained access to their information again. Regrettably, we have observed in a lot of events that social media credentials are recorded in plain content in configuration files, thus leaving them unprotected.”

Serious preventive steps should be taken to avoid such hacks. What do you think about it?