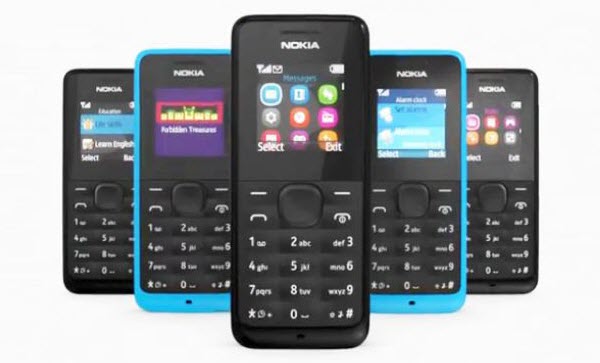 Presenting a particular economic model, which costs just 15 euros progressed, the Finnish mobile phone company Nokia, under the International Mobile Telecommunications Exhibition in Barcelona, according to the specialist in technology portal gear burn. According to the company, objective of the new simple model, called the Nokia 105, it is the audience that has not previously used mobile phone. The device has an alarm clock, radio, flashlight and waterproof keyboard. Available in blue and black, and can operate without recharging for up to 35 days as the Athens News Agency reported. the new model is expected in the first quarter of 2013.

Speaking on the launch Stephen Elop, President and CEO Nokia said, “The momentum behind Nokia is gathering pace. The launches today reflect our commitment to broadening our devices and services portfolio to meet the demands of people and businesses around the globe.

The Nokia 105 will be sold, including China, Egypt, India, Indonesia, Nigeria, Russia and Vietnam. Furthermore, the Finnish company announced that in the second quarter of the year, released the model Nokia 301, with a value of EUR 65. This is the cheapest handset of Nokia, viewable video. The Nokia 301 will be released in more than 120 countries.

Key Specifications of Nokia 301 and Nokia 105 Include: