Linux Mint Vs Ubuntu: What Wins The Race?

Recent times have seen a wave of Linux OS going more demanded than any other operating system. It has been wedged in all the recent equipment and technologies that are prevailing across the globe currently. Android and iOS are by-products of Linux that have been used extensively by users. One of the main reasons for this mass usability is the user-friendliness Linux brings to the table. Other operating systems like Windows have also stood the test of times by earning the likes of people, but Linux has attained unique respect with the flexibility it offers. The customizations that Linux allows to a user are impeccable almost giving the feeling of owning the software and playing with it in all proportions. This feature of customization is remiss of other operating systems like Windows which also enjoys a fair amount of popularity. 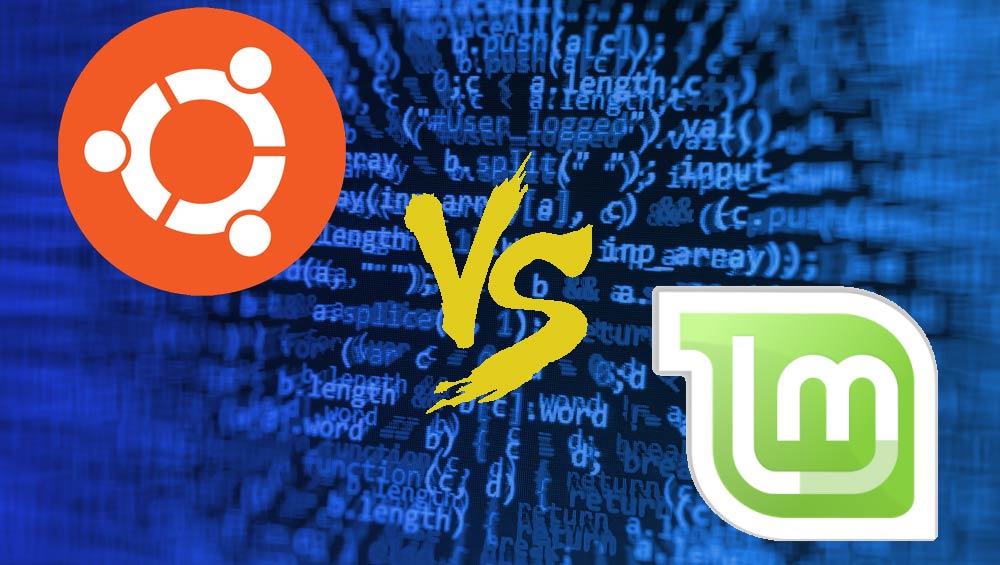 Another feature of Linux which has picked the interest of people is the variations of Distros it offers for people. It has almost become a happy problem for people to choose appropriate distros for Linux users. There are a bunch of them, and the most demanded choices being Ubuntu and Linux Mint are commonly used distributions. While both the distributions share equal popularity among users, it is often considered as a potential dilemma to choose one over the other. Ubuntu is the by-product of Debian and Mint is an offshoot from Ubuntu Genome. Both of them have common predecessors that make it hard for users to devise an analogy of what is best. Let us quickly get into the facts that ride as reasons for apt choices between Mint and Ubuntu.

Memory usage is a subjective terminology that depends on the applications used and downloaded by users. It cannot be a predetermined factor to declare a better memory management distribution. Although, Mint has low usage of memory as it boasts only important applications and features. As it is an upgraded version of Ubuntu, managing space is an additional special quality Mint possesses. Basically Mint is the corrected version of Ubuntu which faltered slightly in memory consumption. Hence, operations and functions in Mint have a better pace when compared to Ubuntu which takes slightly more time to load applications in the first place.

Even with software features, Mint seems to be perfectly apt for current generations as it is more convenient, fast, and lighter. Anybody who has a harder time adapting to Linux from Windows or any other OS is recommended to try their hands at Mint prior to switching to Ubuntu. This feature also makes Mint flexible enough to be operated on old hardware systems. Even though old machines can impact the performance, Mint has a slighter edge in this aspect as it adapts better to any kind of hardware easily.

Third-party installations in Mint are handled more efficiently when compared to Ubuntu. Managing necessary features, removing unwanted functionalities, and purging away foreign entries are things that are handled better in Mint. The PPA repository which manages external software installations is organized better in Mint as it allocates a separate library to maintain the software package archives. While Ubuntu comes up with lots of restrictions and multiple folders and validation for the same PPA repository management. Though you can download the OpenJDK 11 (Java Development Kit) on Ubuntu with by following the step mentioned in https://www.linode.com/docs/guides/how-to-install-openjdk-on-ubuntu-18-04/.

The additional functionalities of Mint are carefully managed in a way that does not overload the OS by rendering difficulties to the users.

The main purpose of users resorting to Linux over any other OS is the flexibility and customization options it offers. In that way, Mint seems to override Ubuntu in this as well, as Mint gives easier options to install themes. There are also multiple variations of themes that Mint supplies which allows easy accessibility to online options as well. However, Ubuntu, on the other hand, is all about file management. Every themes or image files need to be extracted and downloaded for it to be used. The files that occupy larger spaces fail to download as it will have to be compressed for installations.

Advanced Customizations with Applets can be coded directly in Mint and can be compiled to be applied easily. There are special placeholders for applets and Macros that can be executed in Mint. Ubuntu fails to offer such a facility which makes it lesser adaptable for customizations.

Accessing Codecs is a functionality that is common in Ubuntu and Mint. However, in Ubuntu, there are restricted files that contain these media files which are accessible to the users. In Mint, these files can be downloaded and used easily like any other installations. Apart from these standout differences, there are other factors that show variations:

Pre-Installed Software: The pre-installed software in Mint is high-class and flawless when compared to Ubuntu.

So choosing between the two distributions boils down to the personal usage of users. Users who just step into the world of Linux are better suited with Mint than Ubuntu as they can easily adapt to the features of this OS.