The startup industry around the globe has been playing a crucial part from the investor’s point of view. The reliability of the product and its sustaining ability are some of the parameters that help startup to flourish. 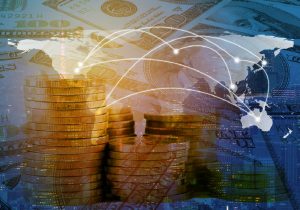 Coming on to the promising startup market Indonesia, located at Southeast of Asia, recently got a new investor named Intudo Ventures. Intudo has projected to invest more than $10 Million in 12–16 early-stage startups and will shake hands with international companies who want to enter the Indonesian market as well.

The company was established by Patrick Yip and Eddy Chan, who are functioning with an advisor Timothy Chen. The three of them have jointly invested in renowned firms such as Fortinet, Palantir, PayPal, Netscreen, and SpaceX. Intudo is derived from the Bahasa Indonesian word, which is used for sincerity, integrity, and serendipity. In Indonesia, the company will be looking for those companies who are into healthcare, e-commerce, education, finance, and media.

Chan stated that Indonesia’s venture capital ecosystem and start-up industry are still young and Intudo sees the same picture, what we saw in early 2000 in China.

At the current stage, Indonesia ranks fourth in the listing of most populated nations with the mounting population of about 260 Million people. On the other hand, it is also a rapidly growing Internet market and the numbers of the Internet users are expected to boost from 92 Million to 215 Million by 2020. Due to young and affluent population, the startups would have great opportunities to tap on.

Summarizing some of the funding rounds in the country, Indonesian-based, Tokopedia received a funding of $248 Million from one of the leading investors, SoftBank, While Lazada—an e-commerce company—raised $1 Billion led by Alibaba to gain a strong hold over the Southeast Asia region. In addition, few other investors who showed their interest in the region and specifically in Indonesia include Tencent that invested $1.2 Billion in an on-demand transportation startup Go-Jek, JD.com, and Amazon.

Intudo will emphasize on primary Seed and Series A funding round, and funding range will initiate from $200,000–$1.25 Million, and the total amount invested from so far ranges between $1 Million and $2.5 Million. In the case joint of ventures, the companies will look around for the organizations who have already received Series B and Series D funding.

Chan later added that inefficiencies in the healthcare system of Indonesia will also develop opportunities for the players who deal in healthcare sector, and will be interested if such potential distribution partners are found.