Over recent years, there has been an increasing and unstoppable demand for wearable technologies, due to the various vital benefits it provides. Wearable products such as fitness trackers, smart jewelry like wristbands, and body-mounted sensors are rising in popularity. 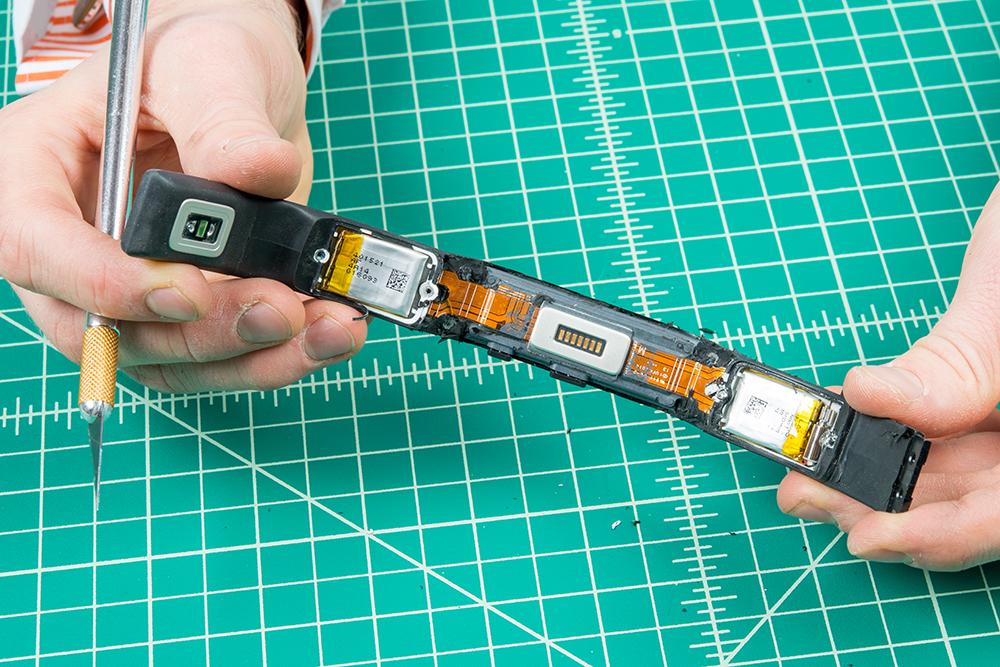 Flexible technology is the fastest-growing segment of the PCB industry, due to their flexibility, versatility and ability to handle more stress and bending than rigid PCBs. Since consumer electronics have been a significant driver of PCB manufacturing, it can only be expected to be a major factor in the era of wearables.

What are Flex PCBs?

This type of PCB are boards that give unlimited options for use with its ability to take any desired form or shape. In the process of engineering PCBs, flex PCBs can be bent, wrapped, folded into any form or object. It can even be folded to fit into awkward 3D spaces.

Flex PCBs serve as the best and most suitable substrate material for equipment that will require a board to bend at one point or another, without affecting the flow of the current. Therefore they have gained massive attention for the possibilities they have created in contrast to flat and rigid circuit boards. And one of those major possibilities are wearables.

As the demand for smaller, lighter products increases, it leads to the focus on flex PCBs, as they are often the most suitable. They also tend to be very light and thin, yet remain relatively easy to manufacture in mass quantities.

These substrate materials are often applied to flexible accessories and clothing such as smart socks, belts, and wristbands. Flexible PCBs are crucial for these applications for their flexibility and miniaturization.

The Great Importance of Wearables

Wearables are becoming of high importance in different areas, especially in the medical industry. There are several emerging use cases for wearables in the healthcare industry for patients, physicians, military personnel, and so on.

Smartwatches such as the Apple iWatch or the Kickstarter-created Pebble and activity trackers such as Fitbit are all products of wearable technology. Its application in the medical industry allows patients to get better and more accurate attention from their doctors.

Let’s take a Fitbit as an example, tracking the diet and exercise of a patient, it will then send a patient’s information to the medical personnel. This will no doubt give the doctor an insight into the patient’s life, and further, go a long way to save a patient the stress to keep up with emerging/growing health issues.

These medical wearable devices track steps, measure heart rates, calorie intake, blood pressure, glucose, ECG, muscle movement, and the amount of physical activity. It is obvious how this technology is improving the lives of people and is gaining enormous attention.

It is estimated that the worldwide smart wearable device sales will double by 2022, becoming a $27 billion+ market with 233 million unit sales.

How Flex PCBs are Making all These Possible

As earlier mentioned, flex PCBs enable the production of these wearables due to its flexible nature. It is also a crucial component for the seamless operation of these devices, therefore they all require flex PCBs.

Just like most devices, printed circuit boards are a must for wearable technologies. Another added advantage of flex PCBs is the greater efficiency in their design, which can barely be found in other PCB designs.

Furthermore, the FDA has approved the material polyimide it is made from, which means it is totally okay for it to be in contact with the human skin. It won’t pose any threat or cause an allergic reaction on the skin, and this proves how suitable flex PCBs are for any form of wearables. Another unique feature of flex PCBs is that it can adjust to whatever package requirements either to increase or reduce the size of the units.

The best way to meet the design requirements of these wearable devices is through the employment of flex PCBs. The major driver in the PCB manufacturing industry is consumer trends, and one of the growing demands that only flex PCBs can do justice is the wearable technology.

The features of Flex PCBs have made all that has been mentioned above possible, such as its capability of compact circuitry on a flexible substrate, its efficiency, reliability, and biocompatibility.

With these amazing features, flex PCBs are obviously going to have a great impact on wearable technology in the long run.

Although flex PCBs is nothing new, it began to hit the mainstream since the emergence of wearables.

With the wearable electronics market expected to reach $25.19 billion globally, and the wearable medical devices market to reach 41 Billion USD Market by 2020, it shows its increasing popularity and demand. Furthermore, ID Techex predicts the market for wearables technology will grow to $160 billion by 2028, with the sensor market taking a $5 billion dollar slice.

This is a major driver for the global market of PCBs, which is growing exponentially, especially flex PCBs, as they are so versatile. Wearables which are a huge part of the growing demands of consumer trends have an immense impact on the PCB market.

To be more specific, Flex PCBs are the ones rapidly gaining market share in PCB development.

According to Allied Market Research, the flexible printed circuit board market is expected to reach $27 billion by the year 2022. This illustrates how flexible PCB substrates businesses are expanding. In fact, it is predicted that by the mid-2020s, one-third of all PCBs manufactured will be flex.

Thanks to the rapid and exponential growth of wearable technologies, flex PCBs is becoming a major theme. The flexibility nature of wearable electronics is undoubtedly gearing the industry towards flex PCBs at a high scale.

The result of flexible PCB technology becoming mainstream is its increase in sales and growth in comparison to rigid PCBs. As wearables become more advanced, widespread and well-known, so do flex PCBs. There will be continuous development in flex electronics to match the growing demands and requirements of wearable technologies.