Sometimes when you’re downloading a video file, the process can get interrupted due to miscellaneous reasons, resulting in an incomplete video that is not playable. This can happen due to connection errors, especially in the case of high-quality videos as they consume more time to get downloaded. But of course, there can be other reasons behind partially downloaded videos, like missing header or damaged file information.

Now, as it can be typical to most media players, incomplete or partially downloaded files may not be playable with them, and you may end up being stuck with the question – how to fix partially downloaded videos? Well, you don’t need to worry because the answer lies in this article! So without further ado, let’s get started.

First things first – what causes the partial download of a video file?

Listed below are some common reasons why the downloading process of video files can get interrupted.

The slow speed or downtime status of your internet connection is the most common reason for partial downloads. Also, some browsers allow you to continue a download only if the web server of the file supports downloading capability.

• The file is removed from the server

If you’re downloading a large video from a website and during the process the file is deleted or moved from its hosting server, it will automatically stop downloading.

If the video owner by mistake uploads an incomplete file to the server, quite naturally, everyone who downloads it will end up with a partial file.

Connection timeouts can occur on both client and server sides. If you have slow internet, it can cause a connection timeout before your video is completely downloaded. It can also happen if there is a load of visitors on the server hosting the file.

If your system shuts down unexpectedly while you are downloading a video file, there are high chances that the process will get terminated before completion and you will have a partially downloaded video file.

Antivirus programs typically scan infected files in the system and remove them. But that’s not all they can do. Such programs can also stop downloads midway if there is a virus or bug in the file being downloaded.

Now let’s proceed to discover how to watch a partially downloaded video.

VLC media player is an open-source yet powerful multimedia player that’s quite famous among PC users for its wide variety of features. It can play almost all major video formats on Windows, Mac, Linux, and Android devices. But apart from those basic capabilities, VLC can also convert audio and video files into other formats as well as repair damaged videos. It can also play corrupted or partially downloaded video files, and the files fixed by it can be played on other media players too.

Follow the below listed steps to fix your partially downloaded video with VLC media player:

At this point, you should be able to watch your partially downloaded video with VLC or any other media player. However, if the issue still persists, don’t worry. Proceed to the next method to get a sure-shot solution.

GOM player looks like any other media player, but comes equipped with more abilities when in terms of playing broken or partially downloaded video files. As a media player, it has the highest chances of success while repairing a video.

The media player is built to provide a seamless video-watching experience on Windows. It supports multiple video formats, has inbuilt audio and video codecs, and can also download the ones needed to play a video. This helps it in repairing the video files that are not playing on native media players.

GOM can fix an incomplete video file and make it playable by skipping the corrupted or missing frames in it. To repair your partially downloaded video with GOM, you don’t have to follow a long process. Just play the video file in this player and let it handle the rest. 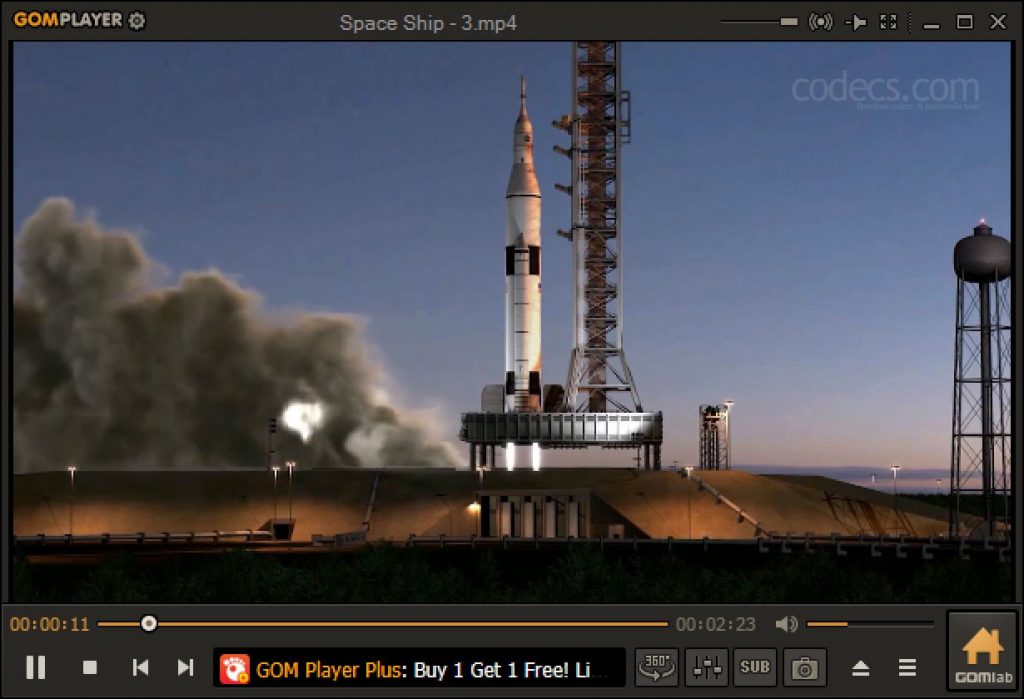 The GOM player doesn’t display a prompt to ask the user before repairing a damaged or incomplete file. It automatically plays the file on the frontend while quietly fixing it on the backend. The process can be a little bit slow this way, but if you pause the video and wait until backend repairing is done, you will have it playing in no time.

The only drawback is that it can only fix videos in AVI format. So first you’ll have to convert your video to this format and do it. Just FYI, you can perform the conversion with VLC media player.

3. Use Stellar Repair for Video

If both the above mentioned methods have failed to resolve your issue, then using a video repair application is the best solution to fix partially downloaded video files. Stellar Repair for Video is one of the best software for this purpose.

The software can repair multiple damaged elements in a video file. You can repair video files of any format with it and it is available for both Windows and Mac devices. This tool is easy to use with a straightforward UI which makes it a perfect choice for less tech-savvy users.

Follow the below listed steps to fix partially downloaded video files with Stellar Repair for Video:

To wrap it up

The process of downloading video files can be interrupted due to different reasons, but with help of the above-mentioned methods, you can easily play partially downloaded videos without having to re-download. Although, we recommend that you try these methods on a copy of the original file to avoid any misfortune.

Hope this article helped you to understand the issue more precisely and assisted you to play partially downloaded videos with ease.

Ans. A partially downloaded video file becomes a temporary file stored on your computer. It can be resumed and re-download within a specific period of time.

Q. How can we watch partially downloaded videos?

Ans. We can watch partially downloaded videos with help of media players like VLC and GOM or can fix the video files with a tool like Stellar Repair for Video.

Ans. A partial download can primarily happen to files due to faulty internet connection, but there are also some other reasons which are mentioned above in this article.