How to Build Enterprise Wireless Network with PoE Technology?

With the popularity of mobile devices such as smart phones and laptops, WiFi has become an integral part of home and enterprise networks, and there are many ways to deploy WiFi networks. Among them, through the PoE technology to build enterprise wireless network is considered the most commonly used and most popular practice, this tutorial will describe in detail.

Use the best Ethernet cables to make wireless AP network.

Use the PoE switch to power the wireless AP network 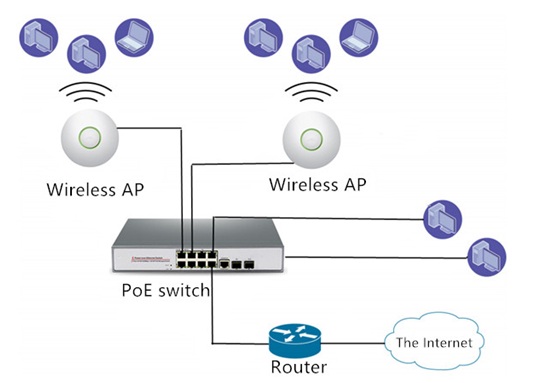