How Technology Is Disrupting the Construction Industry

There are many technologies that are bringing in several changes as far as the world is concerned. We all remember how the computer and digital technology, coupled with the internet, made profound changes to a host of industries. 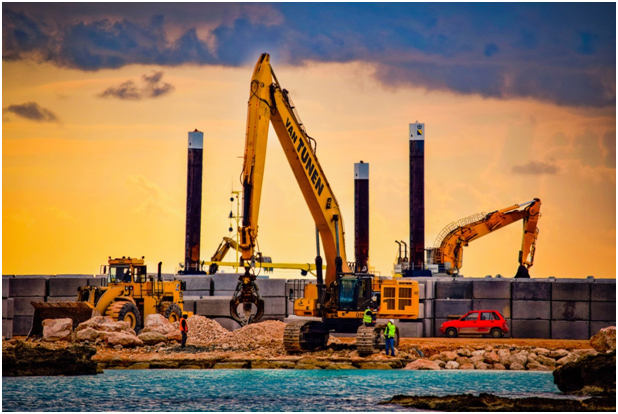 There are many of them, and as we speak, some changes in technologies could be happening right now. For example, technologies like AI (artificial intelligence), 3D printing, and VR (virtual reality) are no longer used just for cosmetic purposes.

They are used for the purposes of better productivity, reduced cost of production, the better quality of end products, increased levels of safety, and also the speedy implementation of projects amongst other things. Let us look at a few such technologies that could redefine the construction industry in the years and decades to come.

The Role of Artificial Intelligence

When it comes to project planning and designing, the role of artificial intelligence is becoming quite crucial with each passing day. More and more construction companies are making use of artificial neural networks.

These are basically computer systems that have been modeled using the same method that makes the human brain and nervous system. This could make a big difference in project planning, design modeling, and also when it comes to the best performance diagnostics.

For example, if there is a need to identify cracks and damages, AI could undoubtedly make a big difference.

Those who belong to the construction industry know-how complex and difficult the entire construction process is. Whether it is simple things like designing traffic cones or various other complicated things, there is no doubt that it requires extensive and detailed planning.

It involves many stakeholders starting from project manager to architects, engineers to owners of such projects, and so on. To put everything and everyone on an even keel, there is a need to go in for the right technology.

This is where VDC technologies can play a significant role. VDC stands for Virtual Design and Construction Technology, and it involves various aspects like BIM or building information modeling apart from VR or virtual reality.

These are going a long way in construction companies adhering to different structural, environmental, and structural considerations. These are quite dynamic and may require changes suddenly.

This is possible with the use of modern-day VDC technologies. When unexpected issues come to the fore, the absence of such techniques could cause damaging delays to the project. It also could lead to project cost overruns, and also could endanger the safety of the crew.

3D printing is another area where there is significant scope for construction industries. There are many who use 3D printing technology for printing materials for skyscrapers and that on-site instead of being delivered to the clients.

However, we need to bear in mind that the industry is not ready for large scale production, and it continues to be in its nascent stage. However, beginnings have been made, and there are instances where full home constructions have been made using 3D printing technology.

The biggest takeaway is saving on time and labor cost, and there are occasions where entire prototypes for homes have been made ready in 24 hours using this kind of technology. Hence, there are reasons to believe that it could make a big difference to the entire construction industry.

Finally, it would be pertinent to mention that flying robots or drones are becoming extremely useful for inspecting sites and also managing them efficiently. They are capable of surveying significant locations in a short period.

This would perhaps take hours, weeks, or even months for humans to complete. These drones are capable of inspecting tall buildings, and it can be done efficiently and safely.

The risk of accidents and other such mishaps are totally removed, and these drones are capable of offering high-resolution images in areas that are difficult to reach.