When Tata Value Homes was established in 2010, no one had anticipated that the company would gain so much ground in a matter of 4 years! In 2014, almost 60% of the total 55 million square feet of Tata housing under development is being developed by Tata Value Homes. 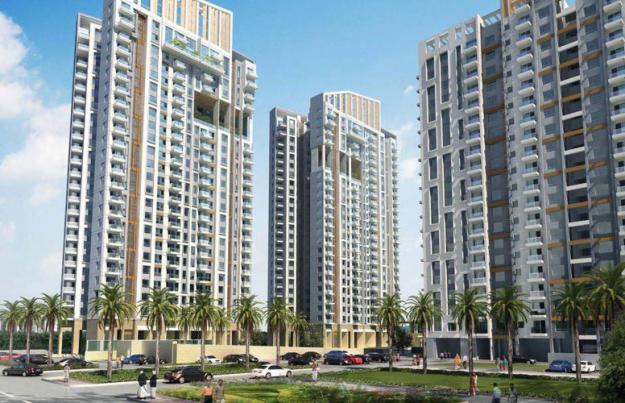 Those who are not aware of it, Tata Value Homes is a wholly owned subsidiary of Tata housing company. It is the arm of the parent company which had made its mark in the commercial as well as residential development arena in the last decade. However the management of Tata Housing was quick to gauge the pulse of the changing markets and launched Tata Value Homes to counter the slowdown of the Indian realty markets.

After the 2008 debacle that brought about the downfall of the American markets, the overall impact of the global slowdown was felt on the Indian economy as well. Even though the Indian markets were considered to be self sustainable to a considerable extent, the global crisis was a clear signal that something of a similar nature within the country could very affect the Indian markets badly indeed. Heavy industries were focussed on and measures were taken to ensure that the Indian economy would stay afloat.

However despite the popularity of the real estate sector, it had not been regulated or consolidated. Therefore any new regulations were not applicable on this industry. By 2010, it was felt that the Indian economy was faltering and the inflation was increasing. The Tata Housing company realized that it would only be sometime before realty sector-marked by its the high transaction-would be impacted. The management saw the latent demand in the market and an opportunity to meet this demand in a sustainable manner. The concept of budget homes came into being and Tata Housing established a subsidiary to take care of the market demand through the lean periods and beyond.

The new Tata construction company was formed at the right time. The markets began to slow down in 2011 and by 2013, it was clear that the Indian realty sector could not always fly high. It was important for the market to be regulated and it was an imperative to introduce a certain level of checks and balances. This process took time and only now in 2014 winter session of the parliament is when the new Real Estate Act is being planned to be introduced.

The Indian markets are witnessing signs of revival and the slowdown period has passed. However the real estate market is not set to achieve the ridiculous heights of before. The new consumers want better houses at lesser costs. This is where Tata Homes come into picture.

The Tata Housing company has gained expertise in creating homes which not only offer the best of urban amenities but also incorporate green architecture which helps them save energy. The brand backing of Tata assuredly infuses confidence. The TATA projects are being developed by renowned architects chosen from across the world. Hence one can expect to find quality, uniqueness and adequate utilization of resources in each of these projects and each and every one of the Tata Homes.

The USP of Tata Homes is their cost. Hence the home buyers looking for decently priced accommodations do not need to go any further.