HomeTechnologyHow Glasses are Being Improved by Technology
Technology

How Glasses are Being Improved by Technology

Every day, people who suffer from eye defects are seen. With the presence of eye defects which keeps occurring in several individuals, one can’t deny the fact that indeed, these set of people need to cling onto helpful mediums to enhance the activities of their eyes.

Some years ago, glasses were invented and launched, making it a standard tool used in treating as well as helping in the improvement of poor eyesight. This invention simply offered a lot of people a new opportunity to see the world better.

Today, we can see that glasses have significantly evolved from what it used to be. Here, we take a look at glasses and how they’ve gone through changes over the years. 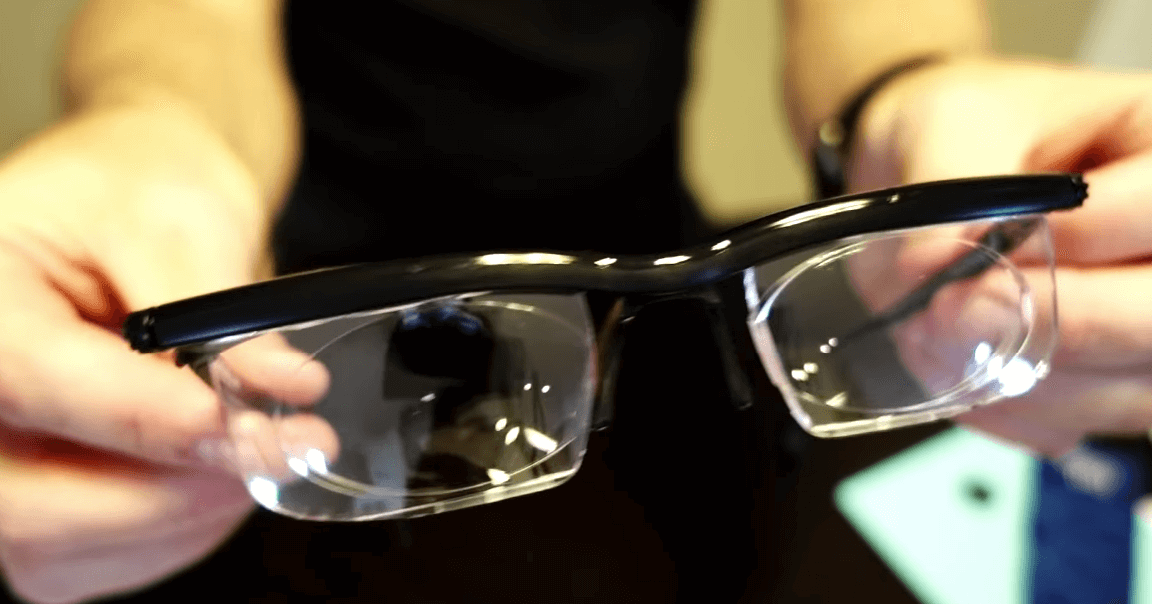 The Evolution of Glasses Technology

The first people to ever come up with the idea of eyeglasses were Romans. They did this using magnifying glasses, which has the shape of a circle. These magnifying glasses helped them to see small objects clearer and better.

The monks in the 13th century were seen putting on the first set of glasses that could actually be worn. These glasses were first seen in Italy. They were worn correctly through the implementation of frames that took the wooden or leather forms. The frames which came with a handle served as a support system to the spherically shaped magnifying glasses and allowed it to sit firmly on the nose.

With time, the knowledge of these glasses began to expand, many people adopted it, and this caused further developments.

Because of the expansion and popularity of these glasses, it became expensive and also a luxury that only the rich could afford. People who wore it were classified amongst the most intelligent set of people. Soon, everyone began to associate glasses with smartness and affluence.

Glasses which came bearing handles that allowed it to sit properly, quickly started to go through other forms of development.

Benjamin Franklin later introduced Bifocal Lens. This is to enable people who suffered from prolonged and short-sightedness to stick to just one pair of glasses, unlike when they had to use two different pairs for this purpose. Benjamin Franklin thought it necessary to include this in the range of the already existing glasses. He did this by cutting two different lenses and fixing them into a single frame.

At a point in the period of glasses transition, it was discovered that some people didn’t want a situation where they had to put on their glasses all the time, so the scissors spectacles got launched. The scissors spectacles could quickly be wrapped and kept in the pocket. People who used them majorly did only when they are faced with an absolute need for it.

Glasses were still made by hand in the 19th century. At this time, not everyone could still afford to get themselves a pair, and even those who could afford it couldn’t get it because of the unavailability of enough glasses. It didn’t take long, mass production of glasses began to set in, and people started getting it for the purpose of eyesight correction.

IMPROVEMENT Of GLASSES THROUGH TECHNOLOGY

Within the 1800s and 1900s, glasses attained technological improvement. Not only that, but they also became more affordable, and we’re prescribed correctly. This gave room for the introduction of more beautiful glasses. They took different colors, sizes, and were constructed with different materials too. This made it easier for everyone to have several options to choose from; for clothes, style, occasions, etc.

In addition to that, more robust plastic materials were introduced and used to make perfect glass handles. These handles also took different shapes, forms, and sizes, unlike when produced through the use of metal, wood, and other materials.

sunglasses got launched in China sometime in the 12th century. They were used by people to mask their facial expressions during court probings. Sunglasses, however, became more popular in the 20th century.

Today, people mostly use sunglasses for the purpose of protecting their eyes against sun or light. And also for the treatment of eye defects caused due to the sun.

A plastic lens was invented In 1980. Since they are plastic, it meant that they were less prone to breakage.

How Headsets were changed to incorporate glass wearers.

With the full launch and adoption of glasses, people who wore glasses soon began to face difficulties when it came to wearing headphones.

However, tech experts found this out and went ahead to create the best headsets for glasses wearers that would help individuals who are faced with poor visions to balance their love for music and their eye defects effectively.

This means that there won’t be any more need to have your sounds blare out of your speakers, which leads to further disturbance of the people around. Also, the sounds that come out of these headphones are being adjusted to suit the eardrums of anyone who’s suffering from an eye defect. This is to ensure that headache, pain, and ear discomfort in the user.

Aside from standard glasses, smart glasses happen to be the next invention, which has thrilled and wowed everyone who’s in the business of using glasses. They provide you a perfect platform of seeing the world through a more technical medium.

Smart glasses are an invention that got introduced by Google.tends to help us actualize some of the activities which are usually carried out in phones, laptops, and other digital gadgets through eye lens and frames.

With the heaviness that comes with computers and cellphones, people might fully adopt smart glasses because it promises flexibility, versatility, and more productivity.

We’ve all seen eyeglass evolve from what it used to be to what it is now. Through all the stages it has gone through, the sole reason for this invention is to enhance eyesight. The chances are that in the coming years, there would be even better upgrades to what eyeglass is currently is.

Coccyx Cushion: Do You Really Need It? This Will Help You Decide!

Ferrari Energy Says Let’s Accept It: Neither Office Nor Remote Work Is “Better”

Reasons for Your Bakery to Invest in Cake Boxes

The Impact of Digital Learning on Students & Education

10 Ways You Can Improve Your Presentation Skills

What Is Salesforce Admin? A Complete Guide

Reasons Why You Should Take Your Dog On Holiday