Going Wireless: A Realistic Look at Cutting the Computer Cord

“Going wireless” is the kissing cousin to the tech Bigfoot “going paperless”; we have seen their blurry images from afar, and have been promised imminent breakthroughs, only for said developments to prove underwhelming or downright deceptive. There is no real proof that these things will, or can ever exist in our lifetimes. Despite our inability to produce major results, we continue to try. 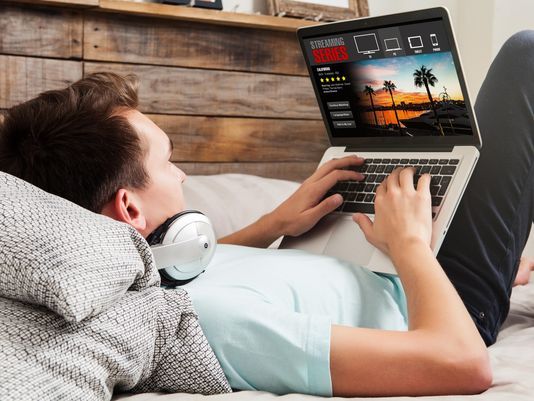 That is not to say that there is no progress. But paper clutter is still all around us and cable management is still a problem in computer setups everywhere. We have also been trying to cut the cord in terms of cable TV. As with all other attempts, the effort is not a total failure. But we have a long way to go before we can declare victory, if we can ever declare victory.

So while cutting cords from our lives is not in the offing at present, we have made some progress worth mentioning. Here are a few of those areas, and the products that make them possible:

Right up front, let’s acknowledge the fact that we need wires to transfer power for pretty much all our electronics. Batteries alone are not a viable option, and probably never will be. We will always need to charge the batteries. And the most efficient batteries will be those built into our devices. That means our devices will need to be connected to power via wire.

However, innovative companies are working on true breakthrough solutions for solving the wireless charger issues. Unlike the majority of alleged paths to a wireless world, these are the real deal. There are still some big problems to be worked out, but there are also big advances that have been made. For those interested in the convenience of placing your smartphone in a spot and having it charge without fiddling with wires, that future is here today. Laptops, not so much.

USB stands for Universal Serial Bus. It was optimistically named, as it has never been truly universal. Just look at all the varieties there are. There is USB-A, B, C, mini and micro. These letters are mixed and matched to deliver yet more incompatible formats. If you just take USB-C, there are many versions of that standard that are also incompatible. There is nothing universal about USB.

Bluetooth is the wireless equivalent. And while it also has incompatible implementations, it mostly works as expected. Today, wireless speakers are the way to go. They are preferable in most cases. Anything that once required USB can be done via bluetooth.

The Samsung Galaxy S8 will be the first smartphone to support bluetooth 5.0. The main reason we still need USB is to connect peripherals that also draw power from the connection. For everything else. USB has gone wireless. And in doing so, it has become a lot more universal.

Companies like Apple used to supply an ethernet cable, then later, an ethernet to USB adaptor right in the box. Some Windows machines still come with an ethernet port built right into the computer. Besides power, the most important connection we have to make to the computer is the internet.

Today, this connection is primarily wireless. 98% of Americans are connected to high-speed, wireless internet. With cable companies competing on speed, we can now get 200MB down wirelessly, just using the router they provide. Special hardware and extra purchases are simply not required for most situations.

On the mobile front, it is even better. Many are able to get faster speeds from their smartphone than they can from their cable provider. They say speed kills. In this case, wireless speeds are killing the need for wired ethernet in the home.

So as you can see, we have made some significant strides when it comes to cutting the cord to power, USB, and Ethernet. Now if only we can cut the cord to those set-top boxes from the cable companies…