HomeTechnologyGel Blaster Sport - What you must know
Technology

Gel Blaster Sport – What you must know 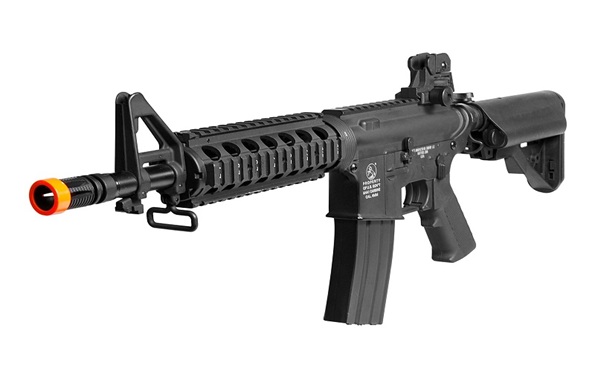 The use of Gel Blasters for an exciting shooting filled with fun is well known in Australia. The thrill surrounding this sport is expected to surge in the coming years as more and more people take up these firearm toys to battle. They’re an interesting alternative to airsoft guns which have been in Australia for quite a while already. Airsoft guns such as those sold by Bespoke Airsoft, the UK’s leading Tokyo Marui supplier, are, however, quite similar in design. Most gel blasters come with a motor included in a gearbox that also possesses a piston. Due to their low pressure and low muzzle energy, their firing rate is generally capped at about 250fps. They are also known by a couple of other names such as gel ball shooters, gel soft, or simply gel guns.

What’s the mechanics behind gel blasters?

On the surface, the mechanics of a gel blaster is not that complicated. All you have to do is load and shoot. Nevertheless, when getting into the details, you begin to talk about the piston tube compressing the air to create the energy that hurtles the gel ball out of your blaster. That’s right, gel balls are your blaster’s ammunition, and you need to soak them in water for a couple of hours to reach their full form. After soaking your ammo for about 4 hours, and ensuring your parts are secure, you’re ready to go.

Is the gel blaster sport dangerous?

It’s helpful to learn whatever risks are associated with any sport you are doing; it’s just common sense. Things that might concern you under this section include questions like “are gel blasters legal?” and “do they pose a physical threat to you and others?”

We’ll start with the former question. Depending on the country or region you’re in, gel guns may or may not be allowed. In Queensland and South Australia, where they are permitted, their similarity to real-life firearms can be striking. This similarity might draw unnecessary attention; you would be better off avoiding. Apart from the drama of the confusion, it is outright banned, and illegal says, SuperIntendent Howard. However, “there were many positive aspects to the sport that were being overshadowed by negative media reports about gel blasters,” said the President of Gel Blasters’ Association, Nathan Kirby.

To the next question, are gel blasters dangerous physically? Well, yes and no. It depends on how you look at it. Gel balls beginning shot at that speed are capable of inducing a slight physical pinch, and may even leave behind some red marks. Other than that, however, they’re harmless. Still, it’s recommended you play with protective gear such as goggles and masks.

What do I get from shooting gel blasters?

Participation in all sports has its benefits. This sport, in particular, with its growing population, can do a lot for your well-being, physical, mentally, and socially speaking. Some of the physical perks include an increase in your overall agility and coordination. There’s a lot of exercise in the game that requires you to engage in activities like sprinting and ducking to avoid being hit. There’s hardly any muscle in your body that doesn’t get involved. Depending on how hard you play, from a couple of minutes to hours at a stretch, the game has a positive effect on your body as a whole.

When speaking mentally, the sport can work wonders for your self-esteem and help you manage stressful situations better. But it’s just a game, how does that work? Well, think about it. You’re in a somewhat high-risk position that has your blood pumping. To make it out alive, you have to force yourself to calm down, listen, and outsmart your opponent. It’s a real mental workout, and coming out on top makes you feel great.

Of course, it takes more than one person to make this game as thrilling as it. As we said before, gel blasters are gathering mass momentum and building a strong fan base. It’s a great way to network and meet new people over a common interest. There are so many perks in this ultimate sport to keep you coming back for more.

Can I play safe?

In as much as the gel balls can cause little to no harm when fired, parents, and other users must observe specific rules to remain safe. Emphasis on using the right equipment should be placed. You don’t want to end up with a direct shot to the eye, it is a painful experience, and can lead to further medical complications. People of all ages should take precautions, especially children.

Overall, you’ll find that gel blasters are pretty safe when you take the right precautions. You’ll also enjoy the total workout it gives your body and mind. So, excited yet about jumping into the field? Awesome. You can order one of the best on the market, which is the M249 Gel Blaster. It can hold as many as 800 – 1000 balls of 7 – 8 mm. Just don’t forget to ensure it is allowed in your area, and remember it’s best to keep it inside or on the course, rather than risk taking it outside. Happy playing!