The introduction of marijuana in medical treatments has been a crucial decision for various health ministries. The United States might be the only nation that has approved the growing and distribution of marijuana for medical purpose. Maryland in the U.S. will get a first medical marijuana dispensary through Frederick company that is individually authorized to commercialize it. However, even though the permission has been granted for the dispensary, the drug won’t be available for months. 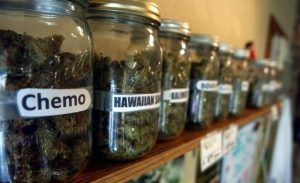 The Wellness Institute of Maryland will start diagnosing patients and take pre-orders for cannabis. Kline said we are loaded to give the medicines as soon as we receive it on our side. Michael Cline is the authorized license holder to deliver medical marijuana approved by Maryland Medical Cannabis Commission.

Maryland gave the nod for medical marijuana four years back and only a single firm holds the authority to grow it. However, the first crop of marijuana won’t be cultivable until the Labor Day. There have been some activities related to the second grower of the cannabis but the commissioner has delayed the vote for now. The panel has appealed for the additional information of the second grower, which is Curio Wellness in Baltimore County but won’t discuss the issue publicly.

About a year ago, Commissioner granted 15 preliminary marijuana growing licenses and further if those firms are not permitted with license, their chances of working with Maryland’s medical marijuana industry would be withdrawn.

The medical marijuana initiative has been beleaguered by lawsuits and controversy owing to the selection procedure of how state picked the license winning firms and can MBE companies compete for the license. Some of the lawmakers are even pushing their efforts to increase the number of licenses and restructure the commission.

The wide base of potential patients and restricted supply of growers transformed Maryland a kind of aftermarket that fetched lot of applications to start the program. More than 9,000 patients have signed up to get registered with the state. In addition, the count has an exclusion of out-of-state patients who have the permission to buy marijuana here.

In the previous month, a new law was introduced that helped to broaden the access to the drug professionals such as podiatrists, nurses, dentists, and practitioners, who can recommend marijuana.

Kline and team have also planned to provide home delivery to the registered patients as soon as medical marijuana is available. He also affirmed that the institute will be functioned like a doctor’s clinic than a retail dispensary.