Scientists Develop Tool for Global Pathogen Detection Based On Yeast

Researchers from Columbia University have designed a tool that is expected to transform the way we treat and detect pathogens in everything, from agriculture to human health to water. Employing only ordinary domestic baker’s yeast, they have made a very low-maintenance, low-cost, on-site dipstick experiment they expect will help in the early detection and surveillance of fungal pathogens accountable for major agricultural damage, human disease, and food spoilage globally. 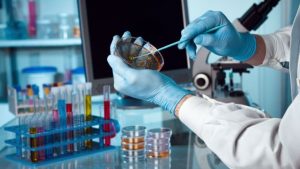 “Our biosensor permits us to sense a pathogen for less than 1% for each experiment. It is cheap to produce, simple to use, and does not need facilities for cold storage,” claimed Virginia Cornish, Columbia University Chemist and Principle Investigator. “It stands to affect health and agriculture, particularly in developing nations, where it is possibly required the most. We are eager about the potential it possesses.”

The project commenced as a hunt to discover a simple, cost-effective way to identify cholera, but swiftly developed to address other requirements.

“We understood that the same domestic baker’s yeast individuals utilized each day to make bread and brew beer might be used to identify a number of targets,” Cornish claimed. “We can now modify the DNA of the baker’s yeast to equip it with new features that make it helpful for a range of applications. The viewpoint of employing this tech in rural societies with modest access to advanced diagnostics is predominantly compelling.”

Around the world, fungal pathogens possess a progressively urgent burden of public health, resulting in an expected 2 Million deaths yearly and imposing population drop in animal wildlife and overwhelming losses on plant crops. Yet, fungal pathogens and the disorders they cause are frequently ignored and survey to battle them is not possible due to lack of funds.

“Fungal pathogens are referred to as ‘hidden killers’,” Cornish claimed, adding that the destruction is most marked in areas with lack of fundamental resources where attempts to lower the infections have been hindered by the lack of affordable fungal diagnostics. While observing the worldwide pathogen burden has been typically restricted to a small myriad of dedicated centers, she clarified that more effectual observation could be recognized by making affordable diagnostics available at the point-of-care. Conventional diagnostics frequently depend on cold-chain distribution, costly reagents, technical personnel, and specialized equipment, all of which are mainly unachievable on-site.

Well, for now the problem seems to be resolved as researchers develop tools for pathogen detection that are based on domestic baker’s yeast.