Esports betting is taking the world by storm as interest in DOTA 2 and other gaming titles now attract mainstream attention. Their fast-paced, often team-based gameplay is analogous to sports in many ways, and esports betting has become an exciting way to spice up the tournament viewing experience while potentially pocketing a bit of money on the side. DOTA 2 is one of the premiere esports and a must-watch for any esports enthusiast out there, though it’s one of the notoriously complicated titles to get into. Here are a few tips and tricks if you’d like to dip your toes into the exciting world of DOTA 2 betting. 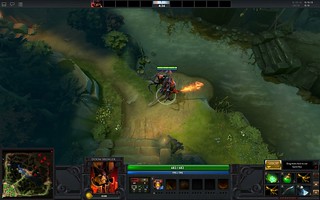 What is DOTA 2 (Defense of the Ancients)?

DOTA 2 is a free-to-play MOBA developed by Valve. It’s an incredibly deep and richly rewarding title, not to mention one of the most popular esport titles out there – as such, it should go without saying that a short summary like this can only scratch the surface of what DOTA 2 has to offer, both as an esport and a video game in general.

Per Wikipedia, the basics of DOTA 2 are as follows:

“Two teams of five players compete to collectively destroy a large structure defended by the opposing team known as the “Ancient”, whilst defending their own. [The] game is controlled using standard real-time strategy controls and is presented on a single map in a three-dimensional isometric perspective. […] The two teams—known as the Radiant and Dire—occupy fortified bases in opposite corners of the map, which is divided in half by a crossable river and connected by three paths, which are referred to as “lanes”.”

The crown jewel of competitive DOTA 2 is The International, the world’s biggest esports tournament every year, one so prestigious the teams spend the whole year fighting for a spot across the major and minor tournaments of the Dota Pro Circuit. The prize pool of The International 9 has already crossed 30 million dollars – a breathtaking sum of money to compete for, one which ensures that the teams at the event pour their heart and soul into every battle on the servers.

Factor in the DPC – Since almost all of DOTA 2 esports revolves around The International in some way, it makes sense to treat the Dota Pro Circuit as an important betting benchmark as well. The points earned across the different events tells you more about the current strength of the teams than any other fancy metrics would. They can also provide great insight in terms of the psychology of the different players: if someone’s already punched their ticket to TI, they might be willing to take things a little less seriously. Conversely, if a team is running out of opportunities, they could get desperate. Since roster changes are punished by points deductions, such moves should be treated as the ultimate sign that something was seriously wrong.

Has the game been updated recently? – Many of the balance updates are made with the esports scene in mind, and the more impactful they are, the more likely it is that the usual balance of power will temporarily shift in the upcoming events, especially if the players don’t have enough time to adjust to the new changes. It’s well worth scouring the social media profiles of high-profile players whenever updates roll out: if they’re complaining a lot, chances are they’ll be somewhat less effective on the servers than you’d normally expect them to be!v

Compare the bookmakers – Just like with traditional sports, there are edges to be found by comparing the odds offered across the different bookies. Maybe some of them consider an upset much less likely, allowing you to profit more if you get your prediction right. It’s also quite possible that you won’t find a certain game at a specific bookmaker, but that doesn’t necessarily mean you won’t be able to bet on it elsewhere. We recommend Rivalry.com for DOTA 2 betting due to their wide variety of offerings and a great free-to-play experience in the form of their Thunderdome promotion. They boast an Isle of Man license alongside many country-specific ones, guaranteeing that your money is safe with them.