COVID-19 Contact Tracing Apps: How Safe Are They, Exactly?

COVID-19 took the world by storm, bringing health care systems to the point of collapse. Infections are numerous and remain dangerous, leading to serious illness and even death. Surprisingly, some still argue that the current measures aren’t worth the fuss for a disease that apparently only affects elder generations. That’s because these people see only what they want to see. And they haven’t ended up in an intensive care unit, struggling to fight for their lives. 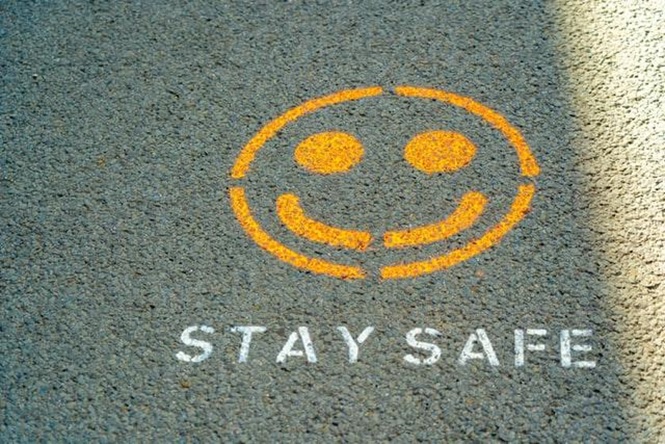 A contact tracing strategy is of paramount importance when it comes down to containing the spread of the coronavirus after the relaxation following lockdown measures given that the disease is transmitted by many asymptomatic and pre-symptomatic individuals. Individuals, as well as communities, have control over the spread of COVID-19. It’s just that they don’t realize it. Keeping a diary, a calendar, or simply a record of activities and encounters can contribute to the public good.

The only problem is that manual contact tracing is time-consuming and inefficient. Using a technology-based solution would be better. This is where contact tracing apps come into play. If a close friend or family member has been diagnosed with the contagious disease, the smartphone owner is immediately notified that they have been near someone with a positive diagnosis. The process doesn’t rely anymore on the recall of people, who can’t seem to remember every movement or interaction.

Many countries have adopted a voluntary app-based model

To prevent further waves of infections, public health experts urge nations to adopt contact tracing, either via app or the old-fashioned way of interviewing people. At present, contact tracing apps cover nearly half of America, many states releasing exposure notification services when the coronavirus transmission began to surge. Google and Apple have decided to collaborate on an API that public health agencies can take advantage of to implement app-based contact tracing. The Google-Apple system is gaining momentum in some American states. Nevertheless, some states, such as California, prefer using their own system.

The costs of developing COVID-19 tracing apps have come down, which explains why momentum is picking up. Contact tracing apps used to be deployed in Europe as well, where numerous countries were working on phone apps that rely on Bluetooth radio and GPS technology to automate contact tracing by detecting device proximity. Nonetheless, adoption remained below expectations and high infection rates made it nearly impossible to undertake large-scale contact tracing. Right now, many EU countries are in different degrees of lockdown, yet cross-border travel is still happening. The European Commission makes great efforts to support the tourism sector during these tough times and will gradually lift restrictions.

So, are COVID-19 contact tracing apps nothing other but surveillance tools?

The aim of a contact tracing app is to enable the reopening of cities, towns, and communities much sooner. The system stores encrypted information about the user’s location on a government server, which helps monitor proximity to others. COVID-19 contact tracing apps are available to the public. People aren’t forced to download or use these apps on their phones, even though it would help kick start the economy. Over time, these apps have turned out to be effective in terms of identifying physical contacts.

The technology and algorithms vary between apps, but the result is mostly the same. To determine their true impact, experts need to study these apps long-term as opposed to just a couple of months. Having said that, many individuals aren’t comfortable with the fact that their data is put out there. A number of scandals have shaken up the public’s confidence in the ability of organizations to handle data appropriately. We can all remember when the web-based graphic design tool Canva suffered a data breach that impacted approximately 139 million users. Personal information including names, usernames, email addresses, and country numbers was exposed.

With the introduction of new data protection laws such as the European Union’s GDPR, more control is given than ever is being given to people. Still, they’re worried that their personal data will be stolen by cybercriminals. Frankly, who can blame them? Privacy experts have put governments on guard revealing that the contact tracing apps used to control COVID-19’s spread open the door to security and privacy vulnerabilities. In short, they’re saying that the apps invade individual privacy and could possibly disclose sensitive information. COVID-19 contact tracing apps should, in theory, strike a balance between privacy and security. In practice, however, we’ve seen the exact opposite.

Some people simply don’t trust contact tracing apps for tracking COVID-19, so the outcome is that they don’t download or use them. This represents a huge problem when it comes to warning citizens about potential exposure to the virus when going about their daily activities. Contact tracing via the app-model works only if a large number of people install and use the apps. For this to happen, individuals must genuinely believe that their personal information isn’t exposed, either to third parties or malicious actors. To put it simply, people should have a guarantee that their privacy is preserved.

Even though contact tracing apps for COVID-19 have their shortcomings, that doesn’t mean that we should completely abandon the idea. If we want an ever-increasing number of people to adopt these technologies, it’s necessary to fix the existing mistakes and practice active listening as far as users are concerned. The issues that we’ve discussed previously are fixable. Mobile app developers, as well as security professionals, should place emphasis on safety and security in the first stages of the development life cycle.

Many are still wary, so it’s important to maintain open communication about the way in which the apps work, what they do, and if there are any privacy concerns. Basically, it’s necessary to combat misinformation and beat the coronavirus. Disinformation can lead to more infections, deaths, not to mention that it can dismiss the efforts of health care professionals. To stand a chance at controlling the global pandemic, we should first find new ways to protect people’s fundamental right to privacy.