When surfing the internet, you can come across some great songs you might wish to download. Other times, your friends or family might recommend or share nice songs for you to download. Sometimes, after downloading the songs, you might discover it is in an audio format different from what you are used to. One of such audio formats is the m4a. In such cases, you may need to convert the file into an audio format you’re used to, such as converting audio files from m4a to mp3. 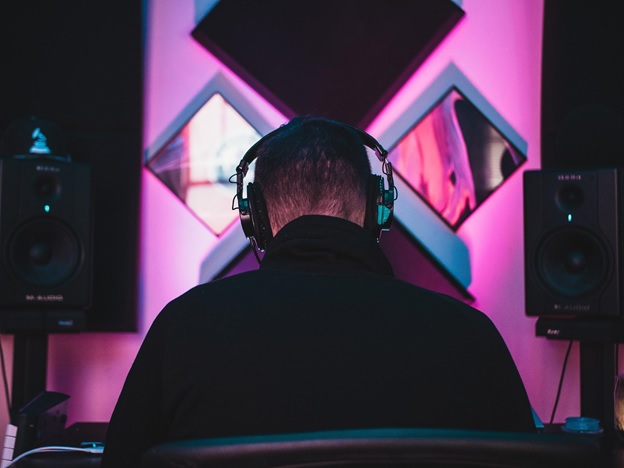 The m4a audio format was created to succeed the mp3 with better audio quality. However, this never happened with the rise of the popular Advanced Audio Codec (AAC). Although the m4a audio format is still quite popular, the vast majority of people still look for ways to convert M4A to MP3 just because they don’t know what an m4a file is.

What Is an M4A File?

These are MPEG-4 audio files with the .m4a file extension. The files most times have a digital audio stream that is encoded with compression standards such as ALAC (Apple Lossless Audio Codec) or AAC (Advanced Audio Codec). The m4a file was originally used by Apple to help distinguish the well-known mp4 video file container from the MPEG-4 audio files. The Advanced Audio Codec compression standard used for m4a files helps to reduce the size of the audio while ensuring that the quality of the audio is decent enough.

As a result, m4a files have a smaller size which is suitable for sharing and storing podcasts, audiobook content, and digital music. Using m4a files has become the standard for songs and audio content from Apple’s iTunes Store. All major platforms such as iOS, Windows, Android, Linux, and Mac. support the use of m4a files.

What Is an MP3 File?

Mp3 files are audio files with a .mp3 file extension. This audio format is one of the most popular and widely distributed audio files currently. The Moving Pictures Experts Group (MPEG) were the ones who created the mp3 file. The mp3 file is commonly abbreviated as either MPEG-2 Audio Layer 3 or MPEG-1. Mp3 files make use of a compression algorithm that helps reduce their file size. They are also known as lossy files because most of the data is lost during compression and the compression is irreversible.

However, it is very possible to get mp3 files with decent audio quality. Compression can be used for different types of files such as video, audio, or even images to reduce their size and help maximize storage. For example, a Waveform Audio (WAV) file of about three minutes might have a file size of 30 MB. If this same file is compressed into an mp3 file, the file size can be as low as 3 MB.

As impressive as this is, the compression to an mp3 file does have some drawbacks. In the process of converting the audio file to a lossless file format, you’ll lose a lot of audio quality even though the file size has been reduced. One of the major drawbacks of mp3 files is the bit rate (the amount of audio information produced each second). The bit rate of an audio file is measured in kilobits per second (kbps) and a higher bit rate determines the quality of sound you will get.

Compression to an mp3 file removes the highest and lowest ends of the audio file; parts that are harder for humans to hear. This loss in audio quality isn’t noticeable for an average listener. Hence, the loss in quality can still be overlooked for most music listeners. Mp3 is one of the most widely used audio formats and most audio playback apps can easily open them.

The Need to Convert M4A to MP3

Just like the m4a and mp3 audio files, there are tons of audio formats out there with most of them being compressed audio files. To put this into perspective, after a song has been recorded, audio engineers make use of their compression tools to reduce the file size of the song. This makes the song very easy to sell, download, transfer, or distribute. Both m4a and mp3 files are regarded as lossy audio formats because they lose a lot of audio data after being compressed, and as such does not sound great to the ears.

Converting m4a to mp3 audio format isn’t a big issue as it’s common for people to convert audio formats they aren’t familiar with to one that they know instead of searching for software that can open such files. The only problem with converting an m4a audio format to an mp3 is the fact that they are both lossy files and are already poor versions of an original song. However, this doesn’t mean that there aren’t software and online converters that can make this work.

There are lots of online converters with the necessary tools to convert your file to an mp3 one. The best part is that many are free to use.

Although m4a audio files are not as popular as mp3 audio files, they can still be converted to mp3 files since most music listeners are familiar with them. Converting m4a to mp3 audio formats can be done using software available on personal computers or can be done with free or paid online tools. Some of these online tools that can be used to convert your m4a files include evano, ontiva, and mp3download.to

Of the three, evano.com is the best online converter for mp4 to mp3 files. As technology expands and improves, you can easily convert your audio files from one format to another from the comfort of your home. Since mp3 files are one of the most widely used audio formats, and most playback audio apps can play them, converting your file to an mp3 format makes sense.

So, make use of these converters available to you, convert your files to the desired format, and enjoy listening to all your songs.