HomeFinanceCash is Not King Anymore, Plastic Money all the Way - Get...
Finance

Cash is Not King Anymore, Plastic Money all the Way – Get Your Card Readers Out

It has become a popular trend to bestow the cashier with a credit card rather than cash while purchasing an item nowadays. Many customers come with the mindset that their cards will be accepted and they won’t have to keep crunched up notes to pay the bill. It can be seen that there is a growing demand for card readers and accepting credit/debit cards as a method of payment. 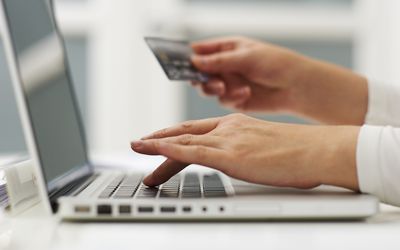 This might come out to be a problem for small and medium-sized business owners. Due to the dependency on conventional form of payment like cash, these businessmen may end up finding themselves at a standstill and no further growth. Why so? Well in the given case scenario that credit cards are preferred by the buyers and merchants do not possess a card reader, they might end up losing a customer.

Small and medium-sized business owners should adapt to the changing circumstances as this will only help increase their revenue stream. Businessmen should not hesitate to implement card reader technology, even if paying the transaction charges might seem to be a burden. EMV card reader is easy to get your hands on, companies like SumUp provide small and medium-sized business owners with advanced credit card terminals that permit merchants to easily accept payments anywhere.

Before it became a trend, card readers and other credit card terminals were expensive for these businessmen. But with the vision of becoming the world’s first globally accepted card brand SumUp has bridged the differences that were there for these small and medium businesses. The company provides with card readers that can read magnetic stripe, EVM chip, and NFC enabled cards.

SumUp has branched its way through the markets of the United States of America about a year ago. After the massive success in Europe and South America, the company plans on marking its presence in the American markets and has even set up an office located in Boulder, Colorado.

If you do decide to take up card payments as a method of transaction for your business, there are a few things you should keep in mind:

Technology: As card readers have been available for over a while, it is recommended to facilitate the newest of all technology.

**Fraud in the case of EMV or NFC based cards are only present in the case of card-not-present transaction takes place; online payments or over the phone billings.

Payout: Many credit card companies take an awful amount of time to pay you the money that is already yours. Why go through such a hassle? Companies like SumUp tend to give out direct payouts after each transaction.

Now that you are aware of the type of card readers and what to choose, you should now pay attention to a vital aspect of card payments, “liability”.

In October 2015, a liability shift had been declared. Which stated that “In the case of in-store counterfeit fraud the liability- the buyer or the authorized merchant- would shift to the party which did not possess chip technology.“

It is pretty crucial that you understand this liability shift as it will help you bloom your business in the future. We have briefly mentioned it down below.

It should be noted that the liability shift does not occur in the card-not-present scenario and lost or stolen fraud. In such cases, the liability remains subject to existing liability and chargeback rules.

Hence it is beneficial for both merchants and customers to invest in chip technology, as it will help grant secure transactions as well as easiness in processing payments.