HomeSports/GamesBye, 2018! Thank You for These 5 Great Games
Sports/Games

The year 2018 has nearly become history, so I gathered opinions from gamers and GamesMojo team to tell you which games truly deserved the Game of the Year Award. Many of you won’t be surprised by this top, but it’s still a great occasion for you to comment “bests” and find out what other people think! Don’t forget to wish them a Happy New Year! 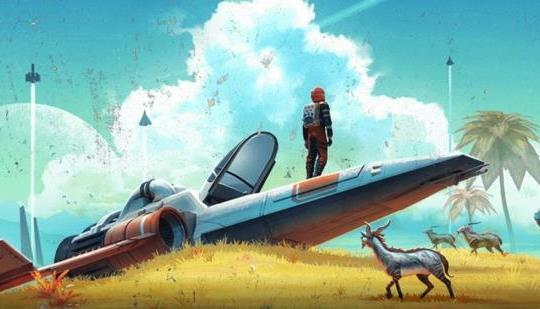 This one is a winner of TGA 2018. It is, without a doubt, a great game. Developers brought us a brand new glance at Kratos with astonishing graphics and balanced gameplay. However, I was sure that this statuette would go to RDR2, which is much more complex. Nevermind, if you own PS4, GOW is a must-have. There are not many other next-gen projects with such a detailed and catchy storyline covered in over-the-top visuals. It’s hard to overestimate such an epic piece of digital art. It’s just meant to be played.

RDR2 is the most detailed game in history. It was released in October and I’m still at 75% progress. Rockstar exceeded all expectations and gave us a world which is so realistic that I can’t stop saying “Woooow” when I play it. There’s no need to tell you about the game’s story, cause it’s fine as usual. The most important feature of RDR2 is realism and sandbox. You can travel and meet dozens of different side quests, hunt, gamble, cook, and even wash yourself! Everything is greatly animated and directed in Rockstar’s firm hilarious manner. Discussing this game with the GamesMojo.com team, we came to an agreement that it deserves 10/10!

Online open world survival sandbox wasn’t invented by Epic games, but they definitely conquered the world with their vision of it. Fortnite Battle Royale is available for all main platforms, including iOS and Android. It’s immersive, addictive, and endless. It will come out of early access only in 2019, but it is already being played by 80 million gamers monthly! To my mind, there’s something sinister in such massive franchises, because they stick people to screens for years. Anyway, that doesn’t deny Epic’s huge success in game development. It’s hard to become big, but it’s much harder to stay on top. These guys seem to know some secrets!

This one is a hardcore roguelike platformer, which has extraordinary features. This game come in absolutely unique to every copy owner. All levels are built with procedural generation, any weapon you find has random stats and, what is more ticklish, you have to start a level from the beginning if you die. Dead Cells is a great example of an indie game that becomes infinite due to love which developers put in it.

I’m not a huge fan of any arcade racing simulator, but FH4 changed my view. It’s not an outstanding game, if we talk about technologies and inventions, but it brings you a feeling of celebration. Forza’s open world is stacked with beautiful landscapes which don’t look dull or sham. Other gamers rush around and join you to have fun together. You can voice-chat them, which is awesome. There are over 450 cars and all of them are graphically perfect and interesting to test. I’d call it a revolutionary approach to gamers’ hearts. We play FH4 tournaments with guys from GamesMojo.com, by the way. Every time we arrange a session I can’t wait to come home and join the game. It means a lot.

All in all, I want to say that this game year is one of the most exciting since 2007. Loud success and fails intrigued fans all over the world and here is what we have – historical titles which set the bar so high that it’s hard to imagine what comes in 2019. Stay tuned!