HomeBusiness6 Industries That Benefit the Most from 3D Modeling
BusinessEducation

3D modeling is the process of using specialized software to create an accurate representation of an object. 3D objects are made by manipulating polygons, vertices, and edges in a simulated 3D space and can accurately convey shapes, textures, and even sizes in their models.

3D modeling is a significant improvement over traditional design methods. It produces results much faster, is easier to master, and drives cost down significantly. Naturally, advantages like these made 3D modeling highly popular in many business avenues. But which industries benefit the most from 3D modeling?

Which is the Best 3D Modeling Software for Every Industry?

There are a lot of 3D modeling software available that one can use for every industry, but we recommend using SelfCAD. SelfCAD is a powerful and easy-to-use 3D modeling and STL editor software that is suitable for use in a variety of industries. The software has a wide range of features that make it ideal for use in both the design and manufacturing phases of product development.

In the design phase, SelfCAD provides users with a wide range of tools for creating accurate 3D models. The software also includes a number of powerful rendering engine that you can use to easily generate realistic renders of your designs that can be used in marketing. In the manufacturing phase, SelfCAD provides users with a range of tools for preparing models for 3D printing. It has an in-built slicer that you can use to prepare your models for 3D printing without having to switch to another different program.

The software also includes a number of interactive tutorials that you can use to learn 3D modeling. Overall, SelfCAD is an excellent choice of 3D modeling software for use in any industry.

6 Industries that Benefit from 3D Modeling 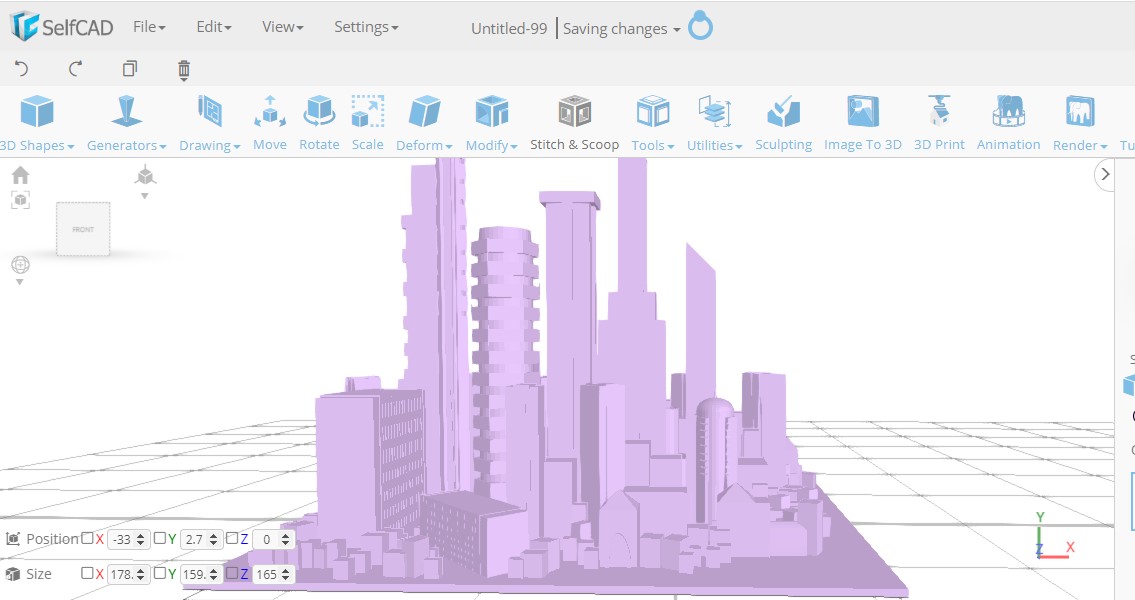 Architecture is an industry that constantly uses 3D modeling and rendering to create visualizations of future or current designs. 3D modeling greatly aids most architectural projects in several ways.

Visualization is an integral part of architectural design. It allows architects to create something more than just an idea. Modeling the project will enable them to see and feel their future designs before they are built.

However, traditional methods of 3D visualization leave much to be desired. Mock-ups are expensive to create and are easy to damage during transport. Pen and paper drawings or sketches won’t be fully able to convey the look and feel of the design – at most, they will give you only a general idea.

3D modeling is different in that regard. Designs done with online CAD or downloadable version are often photorealistic, meaning that architects can get much closer to the real-life look than by using traditional methods. Visualization based on 3D models can also greatly benefit customers of architectural studios. For example, a client who wants a garage designed around a specific garage door model from a company such as A1 Garage can be easily given a virtual tour of the project – at every step of the design process.

3D modeling can simulate real-world applications and scenarios, which helps architects create safer and more innovative designs. The simulations can be used to test many different layouts.

It’s possible to emulate weather effects and predict their impact on the design’s overall look. For example, architects can accurately affect lighting and model the flow of light through the windows.

3D modeling allows architects to create highly functional designs by simulating how people will live and use the building once it’s constructed. They can test and tweak the designs until they become exactly what the client needs and even add features and improvements not originally planned for.

Traditionally, redesigning the project would require building costly mock-ups for every idea until the client finds the perfect look. With 3D modeling, the process is much faster and significantly cheaper, as there is no need to build a physical model. 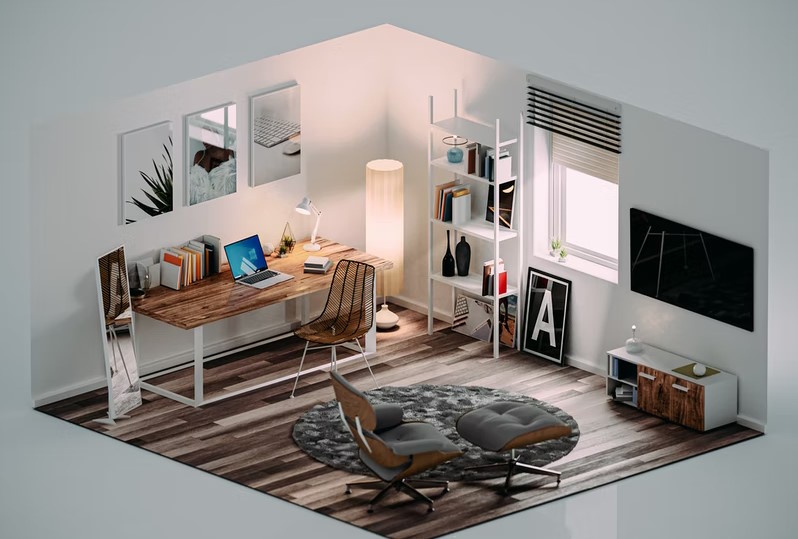 The film industry is one of the biggest beneficiaries of 3D modeling today. 3D modeling has completely revolutionized the way effects are created in movies and television.

3D modeling allows for much more efficient and precise production of visuals for movies and TV shows. And this, in turn, allows for higher quality work to be done much faster and cheaper than ever before.

One benefit of 3D modeling for the film industry is that it simplifies the creation of non-humanoid characters. Back in the day, creating a creature like the Xenomorph from the Alien movie series or the organism from John Carpenter’s The Thing required a lot of practical work.

Animators had to design, sculpt, and paint their creations by hand. The movement was achieved by robotic parts that were attached to the models. Because of this, the costs were high. Many franchises like Star Trek simply used costumed actors as aliens or monsters to avoid these expenses.

3D modeling has completely changed the how 3D characters are created. Today, artists can use 3D modeling software to create incredibly realistic computer-generated characters that are ready to be animated. This drives the costs down and makes filming much faster. It’s even possible to make these CGI characters move naturally by using motion capture technology.

The same goes for creating other effects. 3D modeling allows for the creation of incredibly detailed visual effects in movies, with a lot less work and cost involved. It’s much easier, faster, and cheaper to create an alien planet using 3D modeling software than to make a physical set. There is no need to develop a painstakingly-made mock-up of a bridge and detonate it with explosives. It can all be simulated with 3D modeling.

One of the biggest problems marketing professionals face is explaining an idea to clients to secure a sale. This is where 3D modeling can make a huge difference. 3D modeling is a great tool because it allows the marketer to show their product in action. A 3D model can be animated to showcase all quirks and features. With an excellent 3D model, it’s possible to impress a potential customer enough to make a sale without even showing a physical sample.

3D models can also be helpful for marketing on the web and used as a virtual sales pitch. This is especially effective because potential customers can easily view the product from all angles and with any type of lighting they desire. This approach promotes products that rely on looks to sell, e.g., clothes, shoes, or jewelry. 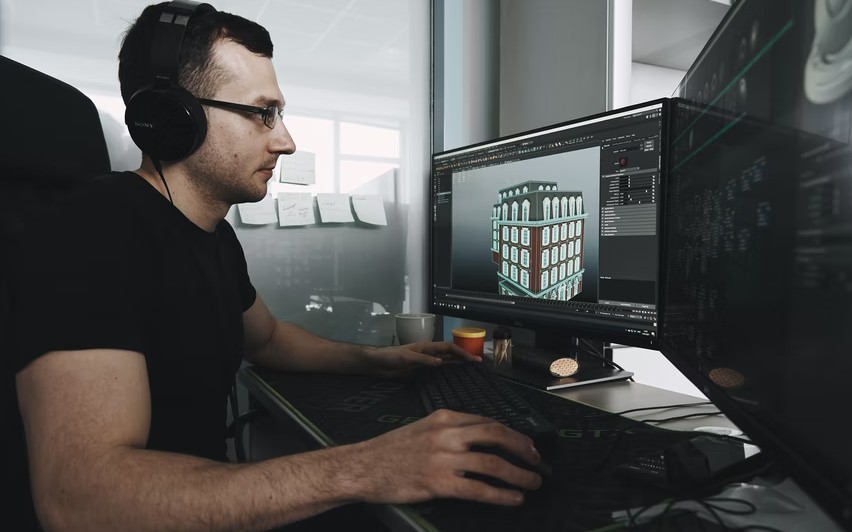 3D modeling is used to plan and make components in the manufacturing industry. 3D modeling is advantageous when it comes to designing complex parts. 3D modeling benefits manufacturers as it improves speed and precision: there is no more need for messy drawings that are hard to understand!

Another great use of 3D modeling in manufacturing is related to prototyping. In many cases, it’s necessary to create a working model of a product before it’s released to the market through 3D printers. This prototype can then be tested and tweaked to avoid bugs or structural issues before the final product is available to the customers.

While creating a prototype from scratch can be time-consuming and expensive, 3D modeling technology makes the process much easier. Designers can simply create a 3D model of their product, test it virtually, make changes as needed, and then use 3D printing tech to construct an initial prototype quickly.

Even if that prototype fails its real-life tests, the 3D model can be quickly upgraded and printed out again. Manufacturers don’t have to retool their production lines when the prototype needs significant modifications. 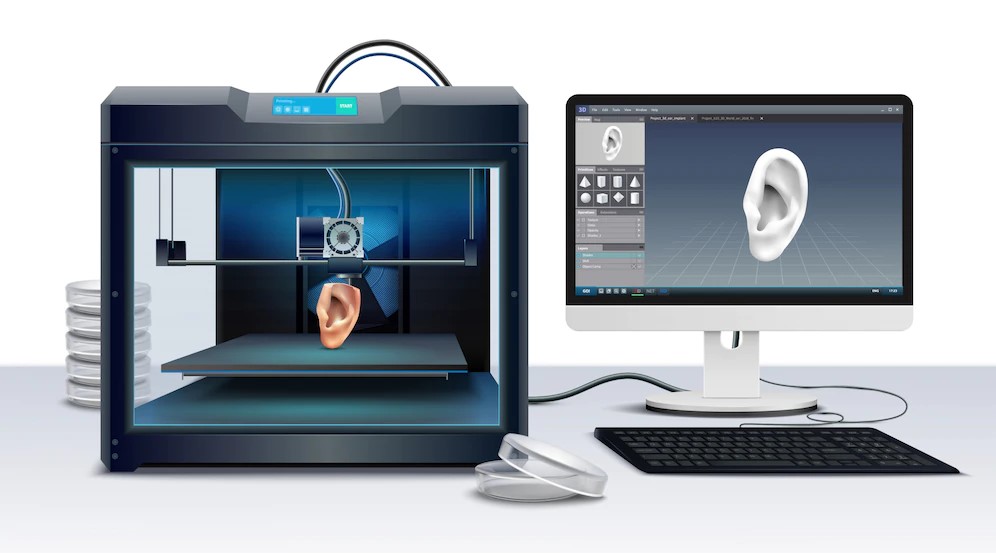 3D modeling has become an essential part of medicine and is used in many areas of medical science. Numerous medical institutions use 3D models to create models of human organs and body parts. These models can be used to visualize how wounds and other problems affect the human body. As a result, medical students don’t have to rely on dissection only to learn anatomy properly, saving time and money. 3D modeling also helps practice surgeries, making the process safer and more efficient.

This also works on a much lower level. Imagine that your tooth is cracked, and you need to go to a dentist. Traditionally, they would look at your damaged tooth using various mirrors and start repairing it based on these incomplete observations. At best, you would be asked to get an X-ray of your oral cavity.

3D modeling allows dentists much greater flexibility. Instead of relying on their own eyes to analyze the situation, they can add the X-ray of the tooth to 3D modeling software to generate a complete fracture model. This would give them a better understanding of what happened and how to help their patients best.

3D modeling can also be used to design and test prosthetic parts, which will then be used to help amputees regain their mobility in part. 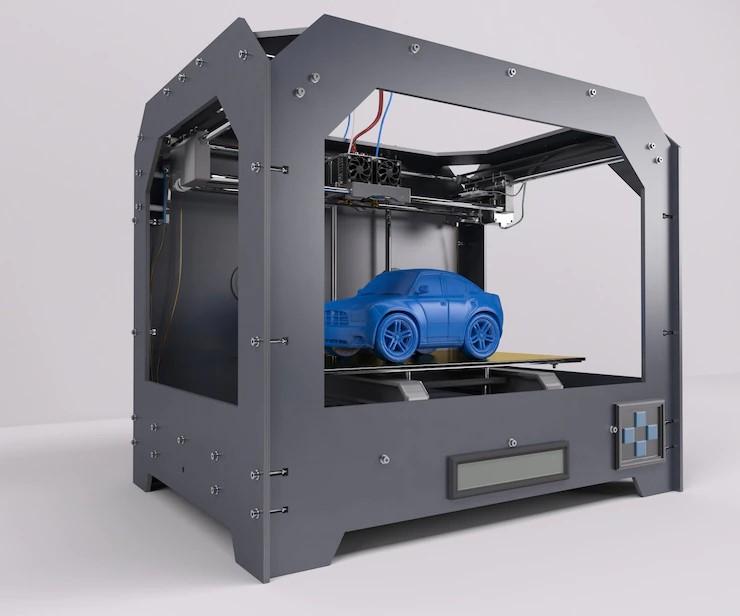 The automotive industry is an essential market for 3D modeling. With 3D modeling software, companies can produce vehicle designs faster and cheaper than before. They also get to test their products more thoroughly before they begin mass production.

For example, it’s possible to simulate a crash using a 3D model. Because of that, it’s possible to make the vehicle even better prepared for real crash tests later on. This can save a lot of money and helps to produce better quality and safer cars.

As you can see from the listed examples, 3D modeling has become a vital part of many industries. It allows for much more efficient and cheaper visual effects production for movies and TV shows – there is no need for expensive and time-consuming mock-ups.

Finally, the architecture industry has greatly benefited from 3D modeling, as it allows for faster and more accurate visualization of projects, more accessible simulation of various conditions, and improvements in functionality. Hopefully, now you understand the importance of 3D modeling and why it is so widely used these days!