6 BEST FPS GAMES OF ALL TIME

FPS is the most popular gaming genre, and there’s a long list of games under it as well. There is much variety in the genre, but only a few games have been able to stay on top in these past few years. Most shooting games we see are either too easy, violent or just bland. You can easily go wrong while developing these type of games; however, the games mentioned in this article do justice to the genre like no other. If you’re looking for games that will give you the real FPS thrill you’ve been looking for, then you’ve come to the right place. 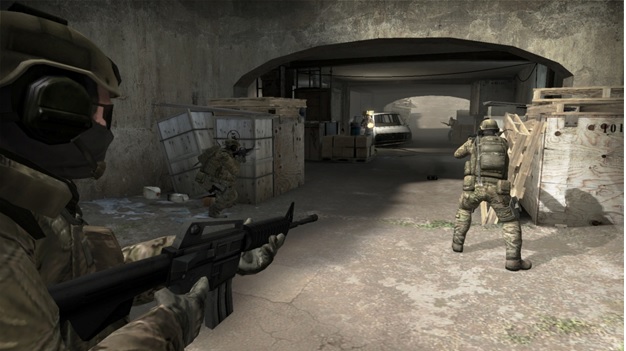 When talking about FPS games, it’s almost impossible not to mention CS: GO as it’s the game that has been played by nearly everyone. CS: GO has taught us all about competition and the importance of accuracy in shooting games, making it a perfect base for new FPS players.

Jumping into the game, you’ll notice how even amateurs can play each map with their eyes close but doesn’t that make it difficult for beginners to play? Absolutely not. The game may be challenging, but you can only learn by playing against good players. You can raise your rank to tackle more difficult foes and become stronger. Raising your rank is time-consuming, but with the help of CSGO boosting services provided by experienced players. You will be playing against veteran players in no time! So, are you ready to become the next Shroud? Or are you here for just casual gaming? Nevertheless, CS: GO is a must-play, especially with your buddies. 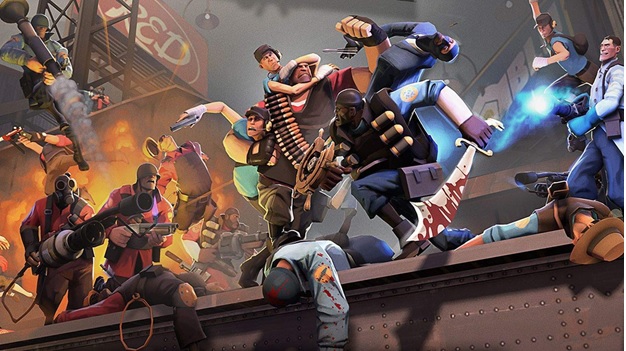 Looking for a unique FPS game to keep you engaged for a long time? Valve has developed so many games, but nothing comes near to Fortress 2. The game features PVP with nine different classes, each having their own characteristics and personality. One moment you will be running around as a pyro and the very next you will be sniping headshots. Sounds fun, right?

What’s more, Fortress 2 has effectively used humour with its exceptional gameplay to keep players loyal. Now when I talk about comedy, no FPS game has been able to pull it off like Fortress 2. No matter if you’re a veteran or a new player, you will love this game through and through because of the variety in game modes, attractive art style and game mechanics. The best part is that it’s completely free! So, why not give it a shot? 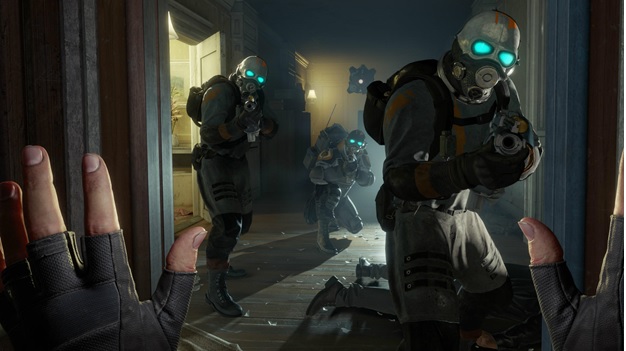 Let’s talk about the best Half-Life game ever made, Half-Life: Alyx. This latest game will have you shocked to the core once you play it. Why? Well, first of all, it’s a VR game. VR makes any game a thousand times better because of the realistic feel. But that’s not all; Half-Life Alyx is probably the best VR FPS game of all time! You can pick up and manipulate almost all objects, and the experience of shooting is just “Chef’s kiss”. The feeling you get with killing monsters and the headshots especially, are genuinely satisfying. The game is so immersive that you have to load your guns physically and at times, cover your mouth not to make a sound. How amazing is that?!

Furthermore, the story is on another level and will keep you engrossed till the very end. Not everyone can afford a VR set, but believe me, you will not regret the experience of playing best VR games of 2021. Nevertheless, the game will not disappoint you in any way. 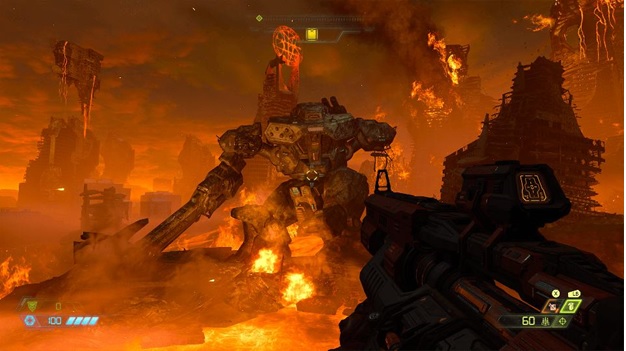 One does not simply talk about FPS games without mentioning Doom Eternal. It’s been the most anticipated game of the year, and it didn’t disappoint anyone. If you liked Doom (2016), then you will fall in love with this game for sure!

No game will make you feel the thrill of blowing up the heads of demons like Doom Eternal.

Moreover, everything about the game is so badass, starting from the incomparable graphics to the incredible gameplay, which will give the actual FPS experience you’ve been looking for. The game is fast-paced, which forces you to stay on your toes and think quickly on how to kill the demons. The story is a bit messy, but that’s fine because the mechanics and gore make up for it altogether. If you love violence, animations, and crazy big guns, then this game is perfect for you. 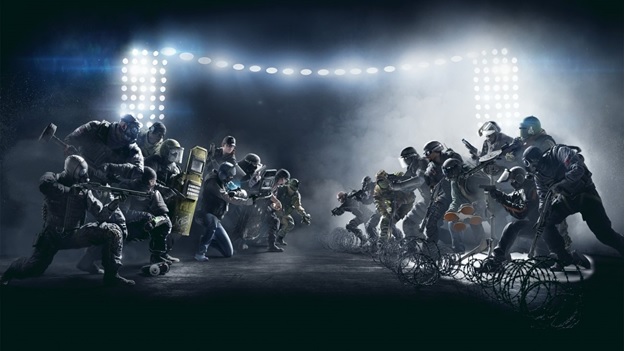 FPS games these days require you to have good motor skills so you can shoot the enemy on the spot. These types of games are not everyone’s cup of tea and can prove to be frustrating for some, Siege, however, is very different. With Siege, you need to have a fair amount of patience to scout and blow up big holes in a strategic way.

Siege is a five-on-five coop game where you have to work with your team and utilize the limited resources and abilities you have in the most efficient way possible. Siege has also made walls and ceilings destroyable, forcing the players to change positions frequently, think on the move and trust no place to keep your position safe. It’s pretty exhilarating once you experience it, and then you understand why Siege gas 60 million fans! Crazy, isn’t it? The game is also free to play on PC, PS4 and Xbox One, so what’s stopping you from playing it? 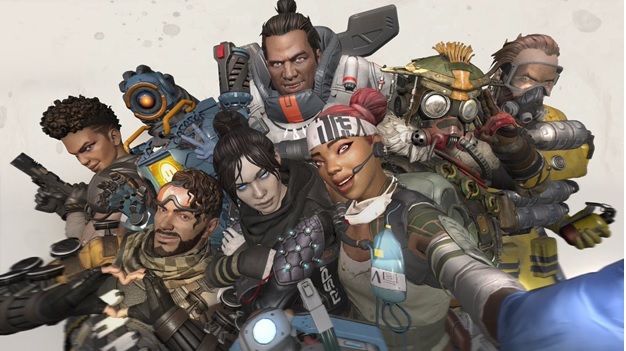 Last but not least, we have Apex Legends! If you want to get ahead, you can always buy Apex Legends account from other players through online marketplaces. I know you’re probably rolling your eyes, thinking another battle royale game but believe me, Apex is different. We’ve all seen battle royale becoming popular in the past few years, but no game does it as Apex does. The game came out of nowhere and took the top spot almost immediately. Why? Apex has everything you need in a battle royale game. From character abilities to game mechanics and even graphics, everything you see is top-tier in Apex, which explains its popularity in the gaming world. The game is perfect for all kinds of players and is very welcoming for beginners as well. The game is continuously updated with new content, free goodies and events for the players to enjoy with their in-game friends. What’s not to love about it? Give it a shot, and you won’t regret it.