HomeSports/GamesWill You Live Happily Ever After With These Online Games?
Sports/Games

Will You Live Happily Ever After With These Online Games?

Whether you’re looking for a quirky take on a classic game of Bingo or a quick spin on the Slots in between Bingo rounds, there are plenty of themes you can choose from to tickle your fancy. 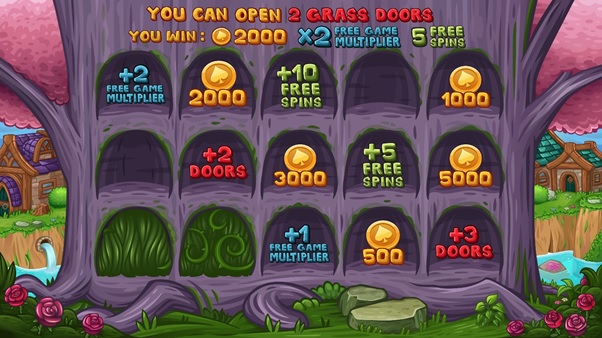 Your imagination can run wild when it comes to online gaming, on a site like https://bingo.paddypower.com/ for example, where the gaming possibilities are endless. If you desire a fairy-tale ending like no other, then look no further, as these top online games will transport you to the magical pages of a story book.

We know that it takes kissing a few frogs to find a handsome prince, but with this fantastical game from Eyecon, you can skip right to the happy ending with a chance to grab the grand prize! Play from as little as 0.25 credits and you could win up to 2,400 times your initial wager.

The five-reels, adorned with picturesque lily pads, are straight out of a story book, with 25 pay-lines and plenty of symbols to match the theme. The familiar playing card royal icons make up the base symbols of the game and have the lowest value. They’re joined by the beautiful blonde princess, the main character of the story, as well as lily flowers and red jewelled hearts.

You’ll want to land the prized crown jewels, worthy of any prince or princess, as these act as the game’s wild symbol. They replace any other symbol on the reels, except the scatter, to help towards more winning combinations.

But what is the scatter, we hear you cry? Well, it could only be the frog prince himself! Find three of him anywhere on the reels and you’ll instantly be rewarded for your heroic efforts with 15 free spins of the reels. The more matching frog symbols you find, the more free spins you receive, all the way up to 25 gratis turns!

There’s an extra twist in this tale, as this version of the game is connected to the progressive jackpot pool, which is increased each time it’s played. This means you could be the winner of a handsome prize on any random spin!

Enchanted Prince Jackpot is the perfect light-hearted, fairy-tale inspired slot game to play in the time you’re waiting for the next Bingo game to start. So why not take a leap into this pond-errific game and see if you can win a truly royal jackpot prize.

Conjure up some fun with this bewitching twist on a classic game of Bingo. From Play n’Go, this supernatural game brings some spell-binding prizes straight to your screen!

The colourfully dressed witch is at the centre of this game, but don’t worry, she won’t be putting a spell on you, as she’ll be the presenter of the Bingo rounds. The enchanted sorceress has a bubbling and brewing cauldron, from which she pulls the Bingo numbers that are being called.

Levitating around the cauldron are your Bingo cards, and you can choose how many you’d like to play with and the size of the stake on each one. Up to four cards will be shown on the screen, each with 15 numbers on them. Just like a traditional game, when the friendly witch calls out a number on your card, it will then be marked off. Mark off the numbers in the winning pattern and you’ll be rewarded with a prize.

But that’s not all? The witch also uses delicious candies in her potion concoction. If she pulls out the right candies, and you make the winning pattern with them, you can enter the Elixir of Power bonus round. Here, you could not only win instant cash, but also be in with the chance of winning a magnificent progressive jackpot. All you need to do is mark off the candies and uncover the word BINGO to summon the ultimate jackpot prize!

So, what are you waiting for? Enter the realm of the witch’s lair to play this truly enchanting Bingo game.