HomeGadgetsWhat You Need To Know About the New iPhone
Gadgets

What You Need To Know About the New iPhone

This year marks a decade of the iPhone – the device which revolutionised our lives.

At the time of writing, the iPhone 8 and iPhone 8 Plus are three days from release and are already available on pre-order, and the tech world awaits their arrival with bated breath. The latest models promise an all-new new glass and aluminium design, wireless charging support, and a much faster processor. 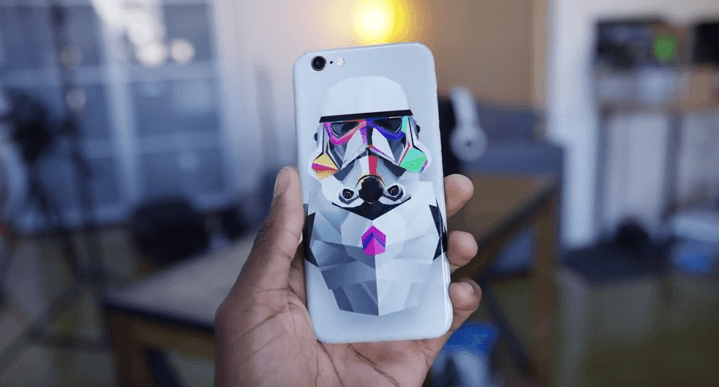 When are the new models coming out?

The release date for the iPhone 8 and iPhone 8 Plus is September 22, but pre-orders have been available since September15.

How much will the iPhone 8 set me back?

What’s the difference between the iPhone 8 and iPhone 8 Plus?

The most noticeable difference between the two new models is size and weight, as below:

The cameras in the 8 and 8 Plus are also different…

The iPhone 8 Plus comes with a dual-lense camera (1.8 and 2.8 aperture), as opposed to the single lense in the iPhone 8 (although both cameras come with a 12MP camera). This provides the iPhone 8 Plus with sharper details and more lighting options in portrait mode. The new Portrait Lighting function adjusts lighting in real time to give you clearer photos. You can even swipe the screen to choosedifferent lighting effects.

How do the models improve on the iPhone 7?

Both models capture photos much faster than the iPhone 7, with more vibrant colours. Meanwhile, the new LED flash comes with “Slow Sync” for better-lit foregrounds and backgrounds.

“The highest-quality video recorder ever”

According to Phil Schiller, Vice President of marketing at Apple, the video capture in the IPhone 8 models is better than any other on the market. You can even shoot in slow-motion at 1080p resolution and 240 frames per second (the latter doubling what was previously available).

The new chip inside both the iPhone 8 and 8 Plus is the A11 Bionic, which boasts a six-core processor with a 64-bit design. This new CPU is 25% faster than the A10 chip found in last year’s model.

The Apple-designed GPU is also 30% faster than that found in the iPhone 7. This results in faster focus in low light and increased sharpness; you’ll notice the difference most in AR, games and machine learning.

The iPhone X will be available for pre-order fromOctober 27 2017, with its official release on November 3. Apple CEO, Tim Cook, called it “the biggest leap forward since the first iPhone”. The internet reacted with a mix of outrage and anticipation at the news that a second new model is set to arrive this year. As it stands though, the iPhone 8 is surely the best smartphone on the market.