When it comes to the history of the Mafia in the Prohibition era, Al Capone’s name instantly comes to mind. Often referred to as “Scarface,” the notorious crime lord is not only known by historians, but also holds the distinction of being the inspiration behind multiple movies. 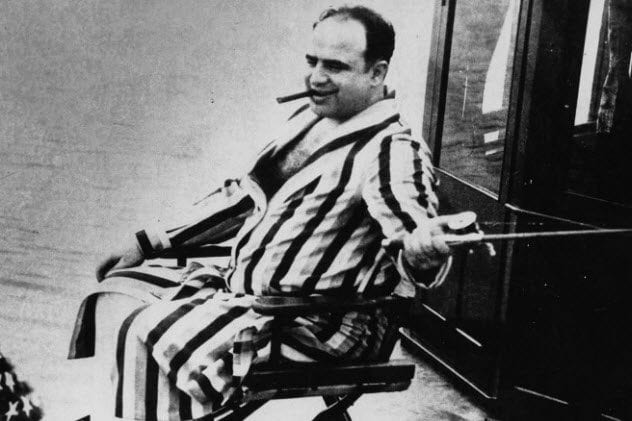 Apart from his depiction in motion pictures, Scarface is also known for influencing the mafia’s image in various other branches of pop culture. From comics to music, it’s not difficult to find references of Al Capone cigars, pinstriped suits, and fedora hats.

The sense of notoriety around Scarface has also led to some fascinating discoveries about the famous mobster’s lifestyle. Besides his penchant for spending large sums of money on random interests, the gangster is known for harboring a deep appreciation for music.

If you read up on Al Capone’s Chicago Outfit operation, you may often go down a rabbit hole of finding more about the mobster’s personality instead. During this research, the importance of music in the crime lord’s life would often stick out as an unusual affair.

From abducting a famous musician for his birthday to joining a prison band, there are many stories surrounding Scarface and his deep interest in the magic of sound. This often leads you to wonder exactly what type of instrument the American gangster played in his life. Fortunately, the answer is not more difficult than finding high quality Al Capone cigars in the modern day.

According to various historic accounts, Al Capone played multiple instruments that belonged to the jazz genre of music. Specifically, this included a banjo and a mandola, which helped the crime lord churn out his favorite tunes.

This directly relates to Scarface’s appreciation for jazz, which was made clear throughout his reign on the Chicago crime scene.

This was specifically evident in the aforementioned incident of kidnapping the famous jazz artist Fats Waller, who was taken by Capone’s men so he could play music for the crime lord at his birthday celebration. For what it’s worth, Waller was sent home with plenty of cash for this particular performance that lasted three days.

But what made Capone’s prowess at these instruments even more unmistakable was his time in prison after he was indicted with tax evasion. It was in the Alcatraz Federal Penitentiary that the gangster joined a prison band called the Rock Islanders, where he played the banjo sent by his wife. Similar to Al Capone cigars in the current day and age, these facts became the stuff of legend around the time of the gangster’s prison sentence.

To this day, Capone’s history of harboring an appreciation for music and giving away heaps of money to random charities establishes him as a layered personality in the history of American mafia. It is especially contrasting when you compare these traits with the slew of crimes committed by the gangster and his infamous mob.