The growth and upward trend of cryptocurrencies in recent years has been so great that we see the launch of one of them every day. The main difference between cryptocurrencies and Fiat currencies, which is common in every country, can be considered their high volatility. But, stablecoins are cryptocurrencies different from their counterparts such as Bitcoin and Ethereum, and as their names suggest, they are supposed to be fluctuating, or at least have the least amount of volatility, and, therefore, make those interested relieved. In this article, we will learn more about stablecoins and their advantages and disadvantages. 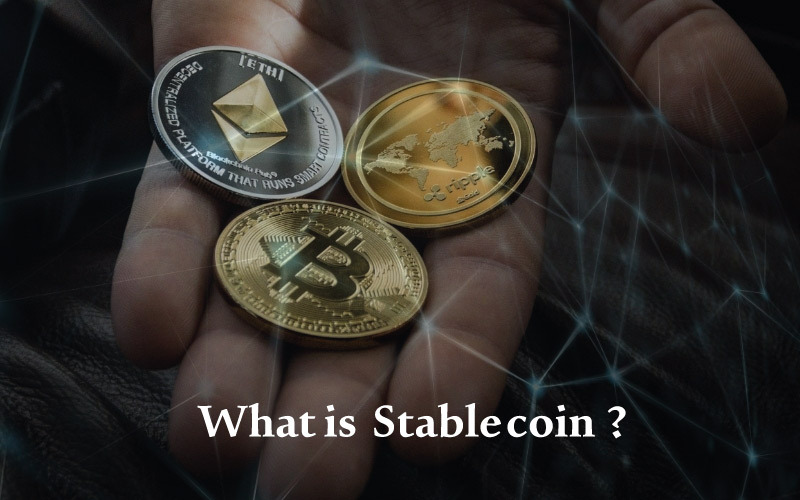 Altcoins are cryptocurrencies that keep their prices stable and try to keep up with the fiat currencies they support. Altcoins may depend on currencies such as the US dollar or the price of commodities such as gold. Stablecoins achieve their price stability through backup or through algorithmic mechanisms of buying and selling reference assets or their derivatives.

While Bitcoin is still the most popular cryptocurrency, its high volatility is not pleasant for some people. For example, Bitcoin was priced at $ 5,000 in November 2016 at $ 5,950, but reached $ 19,700 in December 2017, followed by a two-thirds drop to $ 6,900 in early February 2020. This type of fluctuation can even be daily and very severe. That is why it is said that in cryptocurrency trading, you may make a good profit in 10 minutes or suffer a lot of losses.

These types of short-term fluctuations make Bitcoin and other popular cryptocurrencies unsuitable for everyday use by people. Basically, a currency should act as an intermediary in monetary exchange and the state of maintaining monetary value, and its value should remain relatively constant in the long run.

Ideally, a stablecoin should maintain its purchasing power and have the lowest possible inflation. Stablecoins no longer have the extreme fluctuations of cryptocurrencies and create a safe margin for their holders.

Reasons for stable price of stablecoins

The two main reasons for the price stability of Fiat currencies are their support and timely market action by institutions such as central banks. Because Fiat currencies depend on an underlying asset, such as gold or forex reserves that act as collateral, they do not fluctuate much.

Even in the extreme cases where Fiat currencies may fluctuate sharply, regulators act to maintain price stability and manage supply and demand. Most cryptocurrencies lack both main features. Ordinary cryptocurrencies such as Bitcoin or Ethereum are not controlled by any institution or bank and have no support and, therefore, experience sharp fluctuations.

Stablecoins are trying to bridge this gap between Fiat currencies and cryptocurrencies, and to avoid volatility. It can be said that the performance of supply and demand for stablecoins has been controlled. There are three types of stable money, or stablecoins whose working mechanisms are the same but have different support.

These stablecoins operate with the support of Fiat currencies such as dollars, euros, pounds, etc. It can be said that for every coin offered at the same value, the corresponding Fiat currency is stored in the bank. The maintenance and control of the necessary items follows special conditions performed by the builders of these coins. The most popular of these coins are the Tether, which has several types, one of which is the dollar tetra denoted by the USDT symbol, as well as the True USD, each of which is equivalent to one US dollar, and dollar deposits support them.

Another type of coin stable is formed with the support of other digital currencies. In this method, as in the previous one, some of the cryptocurrency is stored to support this type of stablecoin. Of course, in this method, the ratio is not one to one; this means that for every coin of this type of stablecoin, one coin is not stored in the backup cipher. For example, an Ether (which costs about $ 2,000) can be used as a backup to issue a stablecoin that is only worth $ 500.

There are other types of stablecoins backed by a commodity. This product can be metal, gold, or even a property. However, the use of gold is more common. Of course, the fluctuation in this type of stablecoins can be more. One of the famous types of these stablecoins is “Tether Gold”. In this method, instead of buying and maintaining gold (which can be costly), one uses these types of coins.

Stablecoins do not use any assets without any support. However, they enjoy mechanisms such as the central bank, which strives to keep Fiat currencies stable. For example, dollar-dependent marketing uses a consensus mechanism to increase or decrease the supply of tokens as needed.

Could the value of stablecoins increase or decrease?

Yes, it is possible, the stable value of coins increases and decreases according to the support they have. Like the same thing that happened to us Iranians, Tether, as a popular stablecoin, increased in price because the price of the US dollar increased for Iranians. Consequently, if a stablecoin that supports it, is gold, and the price of gold increases, the price of gold-dependent stablecoins also naturally increases, and vice versa.