What Exactly Is Solar Energy?

Solar energy is the form of energy that uses heat and sun power. The most common approach to capture solar energy is through solar panels, also known as photovoltaic panels. They’re arranged almost edge-to-edge in solar power facilities to gather sunlight across large regions. From time to time, you’ll see them on top of houses and other structures. 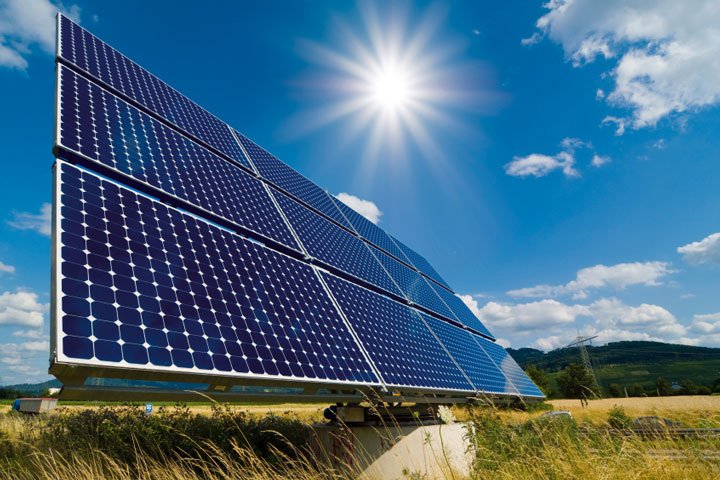 What Is the Manufacturing Process for Solar Panels?

Photons remove electrons from their atoms when they impact a solar cell.An electrical circuit is formed when conductors are connected to the positive and negative sides of a cell. Electricity is created when electrons flow across such a circuit. A solar panel is made up of multiple cells, while a solar array is made up of numerous panels (modules) joined together.

What Materials Are Used in Solar Panels?

Photovoltaic (PV) solar panels are made up of many individual solar cells. Solar cells, like semiconductors, are constructed of silicon. They are made up of a positive and a negative layer that work together to form an electric field, much like a battery.

PV solar panels provide direct current (DC) electricity. Electrons move in one direction around a direct current-powered circuit. In this case, a battery is used to power a light bulb. Electrons go from the negative to the positive side of the battery through light.

Alternating current electricity pushes and pulls electrons, periodically reversing direction, much like the cylinder of a car engine. When a wire coil is spun near a magnet, it produces an alternating current (AC). This generator may run on a number of fuels, including gas or diesel, hydroelectricity, nuclear, coal, wind, or solar.

AC energy was chosen for the electrical power infrastructure of the United States because it is less expensive to transport across long distances. Solar panels, on the other hand, produce direct current electricity. How can we get DC electricity into the alternating current grid? We employ an inverter.