What Every Oracle Remote DBA Needs to know About NoSQL

There is never an end to learning. The future belongs to those who believe in sharpening their skills and gaining more knowledge than they are willing to apply. Most certainly, it is not the first time you are hearing this and surely not the last. The economy is steadily moving to a point where those who know something about everything will carry the day. As you might have probably guessed, the fast rising Oracle remote DBA profession is not left out. The need for complementing Oracle Remote DBAskills with NoSQL is becoming almost inevitable. 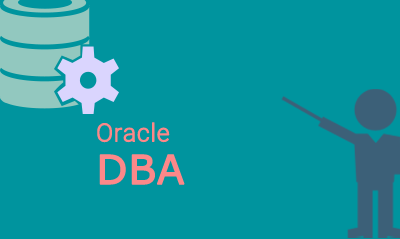 In a recent data summit, Charles Pack, the technical director of CSX Technology went into greater lengths of explaining the need for NoSQL knowledge amongst these professionals. In one of the sessions at the ‘Oracle NoSQL for the Oracle RDBMS DBA’ summit, Pack pointed out the precise knowledge these experts need to add to their existing portfolio to remain competitive and relevant in the highly revolutionising system. Where does NoSQL database fit within the Oracle Anatomy? It is something worth asking for someone who has spent a huge chunk of his professional life handling Oracle database. In his presentation, Pack insisted that the newly acquired knowledge would be a compliment rather than a replacement of existing skills. ‘

For a start, he introduced the various types of NoSQL Databases that exist. Of notable emphasis was the document database, which matches every key with another complicated data structure termed document. Depending on their structure, it is possible for documents to have various structures or compositions. For one, it can exhibit the widely popular key-array pair. Alternatively, it can have key-value pairs. Otherwise, documents can even have nested documents within them.

Charles went on to explain the other types of data models in this system. Wide-column stores, which are necessary for large datasets, also came up in the discussion. Implementations of the popular column oriented database gave birth to essential software in the database industry like Hadoop, Hbase and Appache Cassandra. He didn’t fail to mention the rising popularity of graph stores providing home for network and graph related information. In yet another statement, the key value store was sited. This type of store is by far considered the easiest type of NoSQL database since in each case, every item is being stored in the form of a key value pair. The other forms of NoSQL data models include hierarchical, triple stores, object oriented and object oriented stores.

The popular Oracle NoSQL database takes the form of key-value store based on BerkeleyDB. Oracle acquired this database back in 2006. The latest version of Oracle NoSQL has advanced features and improved functionality. It is an upgraded form of the original version, which was first launched in 2011.

What’s the essence of Oracle NoSQL to oracle remote DBA expert? You might probably be asking yourself that question. Well, this database is an important segment of the larger Oracle Big Data Application. The fact that it offers a perfect integration with Hadoop HDFS makes it a critical tool for Big Data. It is also compatible with Oracle Remote Database Management System. With the knowledge on this database, professionals will be able to access easily and even store Big Data. Most importantly, it enables seamless streaming of large chunks of data in addition to extracting and forwarding them to Remote Database Management Systems.

The flexibility of Oracle NoSQL also makes it easier to learn alongside existing Oracle knowledge. The fact that it is free of schema makes it more flexible. Within a few sessions of learning, you will be able to facilitate easy mapping of objects. For obvious reasons, the failure of one NoSQL node does not affect the availability of data. That brings in the aspect of reliability. No Database administrator doesn’t want that.

For an Oracle Database Administrator, adding NoSQL knowledge doesn’t have to come at a greater cost or significant sacrifice. Its simple and flexible nature makes it something that can be learnt alongside other involving tasks. It can comfortably be done as a part time learning programme, probably over the weekend when your schedule is more relaxed. Getting started is as easy as downloading the Oracle NoSQL software. This software comes with incredible tones of essential information. One can start with the basics and focus on their applications even as they advance to more interesting sections. With an intense passion and dedication, you can be set up and running in a matter of hours.

When it comes Oracle NoSQL reference sources, there has never been a shortage. You can take advantage of various informative sources including NoSQL for Dummies and the Oracle Learning Library.For learners who are newly getting their hands on this, such resources will prove essential if not inseparable from your learning core. If you are yet to get acquainted with NoSQL knowledge, time presents you with yet another unique opportunity of adding new skills; increasing your value in the process. Ideally, it is worth embracing such opportunities way before circumstances force you to master them within a limited time. Sooner or later, everyone in this highly competitive arena will be forced to have at least some knowledge of Oracle Database 12c R2. Days are coming when connection to Big Data products will require speciality in more than one field. In his concluding statement, Pack indicated that anyone who is unwilling to learn might find himself in the deeper ends of technological woes!

For someone at the centre of handling large data sets of medium size or big companies, the need to continue gaining new aspirations is almost inevitable. NoSQL knowledge is critical for every remote Oracle DBA expert who wants to see his relevance extend beyond his current scope. The best time to roll this out is now because a couple of months down the line, you will probably be sitting somewhere with seamless flow of regrets.

5 Elements Of Custom Web Design For The Automotive Industry