HomeTechnologyWhat Does The Internet Tell Us About Gmos?
Technology

What Does The Internet Tell Us About Gmos?

Man’s constant struggle to improve his environment is inevitable. No matter how many grounds he breaks to benefit himself and the world around him, he cannot run from the consequences and the results that his struggles bring, which could either be in the form of good outcomes or bad. In this case, while genetically modified organisms proved to be beneficial for our environment and ourselves, there are some limitations, side-effects, and disadvantages that this invention brought to them as well, not instantly, but later in time. The problems are also not identifiable at the moment sometimes but come to the surface as time goes by, just as it has been discussed in this research paper. 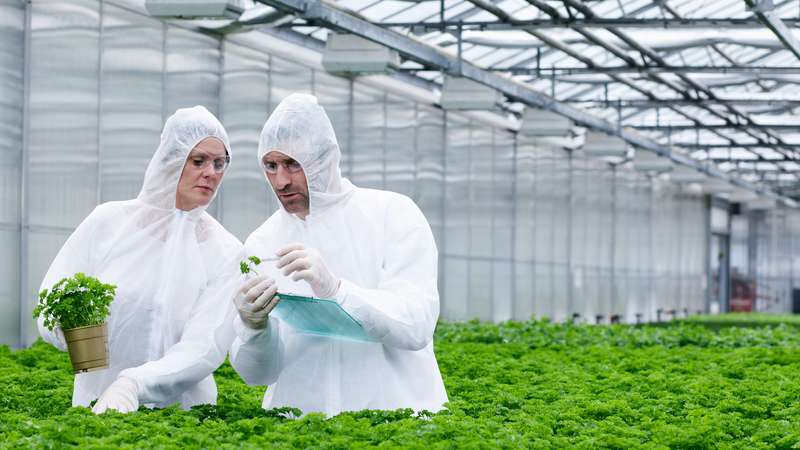 These artificially manufactured organisms have long been in our use and now have become a part of us as we commonly use them. They are not only concerned with the people who hold strict religious, ethnic, or philosophical views against their consumption but also some scientists and experts who worry about their potential environmental impact and its sustainability.

The main reason to keep reservations over genetically modified organisms is that they are a product of the scientific invention. There is little surety and certainty in this regard, as science is still in the process of growth. It keeps developing, keeps improving, and keeps revealing to us the information that had not been discovered/invented before. A statement given by science today could be refuted tomorrow, and this volatility could be our reason for being unsure of the frequent consumption or experimentation of GMOs.

Another disadvantage of genetically modified animals, as discussed by L.M. Houdebine (2014), was noticed in the 1980s nineteen eighties when the transgenic animals became the source of pharmaceutical proteins, obtained from their eggs, meat, and milk. Apparently, it had many advantages, like high production levels, which were estimated to be several grams per liter—and low costs, the ideal metabolic working of the cells, and the ease of collecting protein-containing fluids. Seventeen years after, several proteins were produced that also received market approval. But unexpectedly, these products did not merit the grounds of the market. This casts a bad image of GMOs. This resistance was shown through big pharmaceutical companies that did not seem to be in the favor of producing medicaments from transgenic animals. This situation caused a shortage of medicaments for the under-privileged, class and was itself resulted from the unlimited power of the world market since the lower production cost of proteins from genetically modified animals caused a strong competition for its manufacturing from cultured cells.

Not always do we get complete knowledge of whatever it is that we need to learn about from the specialists or doctors we consult. Sometimes, the doctors themselves don’t know what actually is the cause of a problem. You visit them, and they give you prescriptions and, offer you medication. What they reserve in addressing are these deeply rooted matters that no one sheds light on. Medication is never the solution. You need to learn about all these things before you figure out what might be plaguing the reasons for disturbances regarding your health. For that matter, the internet is the best medium to collect this knowledge and to educate yourself regarding the pertaining health problems. Read articles, ebooks, and blogs on healthcare. But for this, you need to have an internet connection that guarantees quality as well as quantity. AT&T internet deals are absolutely affordable. You can look them up on their websites or their authorized retailers like www.localcabledeals.com, which shows all providers serviceable in your area and offers better rates than many others.