HomeTechnologyWays In Which Retailers Use Barcodes And Why It Is A Requirement...
Technology

How retailers have benefited from the option to Buy Barcodes

There are many ways in which retailers benefit from their customers being required to buy barcodes and most systems in their stores run off them. Since their invention in 1951 and since people were able to purchase barcodes it has changed the world in so many wonderful ways, lets see how it has developed in the retail industry.

The barcode was invented and patented by Joseph Woodland and Bernard Silver in 1951 and in June of 1974, the very first twelve-digit code was scanned, this code was called a Universal Product Code or UPC for short and can be read about in more detail at Barcodes on Wikipedia

This code was on a pack of Wrigley Chewing Gum in a Marsh supermarket in Troy, Ohio, and since this day retailers have never looked back, they have been incorporated into their stores as a compulsory element when presenting your products to be sold, it is a requirement to buy barcodes which most stores will want before they consider your product. Although not all retailers were keen on the idea and did not want to purchase barcodes when it began as we can all understand it was very new and technology was not a big element in peoples lives in 1974, it had never before been an option to buy barcodes.  Retailers were so used to doing everything manually, from point of sale to stock take, every product in the store would have a sticker on with the selling price which the cashier would have to manually enter into the cash register, this was time consuming and meant longer lines, having to hire more staff and fewer sales per day, but it was what they were used to. Slowly over many years retailers started seeing the benefits of having a barcoding system implemented in their stores and the usage grew worldwide, it became very popular to buy barcodes for your stores and products. With retailers using barcoded items and consumers moving forward to buy barcodes it allowed for staff reduction, customers checking out faster as well as the reduction of human error of manual input. check out the best print on demand app 2020. 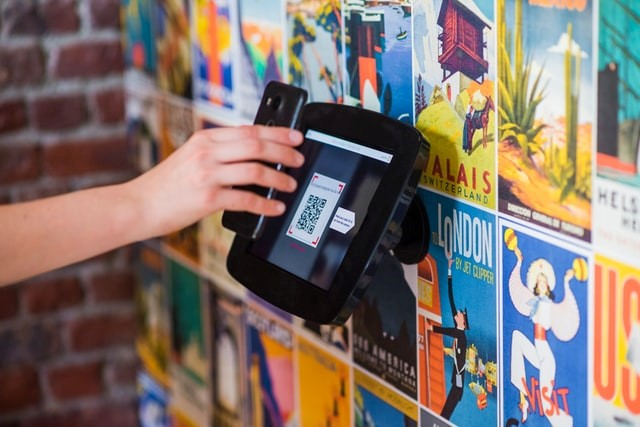 Barcodes are not only used at the point of sale systems in retail stores, they are also used in the receiving areas, which is kind of like the behind the scenes of retail you could say. Before products are placed out onto shelves to be bought by consumers they are received into stores by going through strict security checks, one of these being that the items need to be placed together into large boxes to be grouped together and then a ITF-14 barcode is placed on the large box so that when the contents are checked and scanned in it will reflect to the store exactly what the large box should contain and will automatically update their stock system. Once this is completed, the items are then able to leave the receiving area and be placed out onto shelves where their UPC or EAN formats will be used in store. Therefore, when you buy barcodes, ensure that if needed you buy your ITF-14 formats as well. UPC and EAN formats are also used for stock taking purposes. When completing stock take in a retail store you can imagine that there can be no room for human error, now this proved to be quite difficult when every single item, no matter how large the store was, would need to be manually counted and recorded, this would often result in the store having to close for days until the stock take was complete resulting in loss of sales and revenue, this is no longer an issue with barcoding being implemented. Being able to get them for this purpose from online resellers such as https://www.buybarcodes.co.za/

this was eliminated and staff are now able to use a hand held scanner to scan each item in the store and it will be automatically fed through to a computer where all the data can then be compared to the stock inventory on the stores online database. The numbers that reflect on the online database should also be 100% accurate as this works off the items being scanned when sold at the point of sale. Hence the reason why when you get EAN’s each different product and product variation requires unique numbers so that when it is sold the database will be able to record exactly what product and type is being sold and leaving the store.

Although you may not expect it retailers also use QR codes which is short for quick response codes in their stores. Although these formats are not used at the point of sale they are used in other ways, such as when the store or perhaps a specific product or brand are running a competition or promotion. These are a great format to look into when you purchase barcodes as QR codes are able to store a large amount of data and information and this is why they are a popular choice when it comes to competitions, weather it be to win a car or perhaps a trolley of groceries, stores are able to load all the information onto their unique QR code that has been created specifically for them and consumers can scan the it using their smart phones, they will then be directed instantly to a web-based page, where you will be able to obtain all the needed information with regards to the competition as well as to enter. This also eliminates the wastage of paper which used to be used to fill in entry forms before QR codes were created. Some retail stores sell bus or airplane tickets and when they email you your electronic ticket it will have a QR code on it which the consultant will scan at check in at the bus station or airport. Perhaps you have even noticed QR codes on your municipal accounts which can be paid at certain retailers? Yes, you will start to notice them all around you from now onwards. More and more companies and industries are instituting the barcoding system into the daily procedures and they purchase barcodes to be used in all their departments. The retail world is full of them and different formats. We are sure there are many more ways in which retailers will incorporate barcodes into their daily procedures and we will keep updating you on these.

If you require barcodes for your own products, or for your business, you can contact directly from us. We do not want anyone feeling overwhelmed at the prospect that they need to buy barcodes, our goal is to make this process easy and simple and actually enjoyable and exciting to know that soon your products will be displayed in retail stores and selling to consumers. We have a large variety of formats available to purchase for different purposes or industries, if you would like to buy for any reason not only for retail, we can assist you with that. We are available during office hours as well for any queries you may have. Let us evolve the world of barcoding in retail together and purchase yours today.