As the people are getting fashion conscious, the development in the shopping e-commerce sector is not a big surprise. Looking at the people getting more inclined towards online shopping rather than personally purchasing stuffs has got the online shopping dealers like Amazon, Jabong, and others thinking. 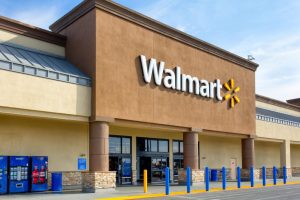 Wal-Mart Stores Inc. has currently taken up the decision of buying an online men’s fashion retailer named “Bonobos Inc.” so as to build the gap generated between Amazon and itself. Wal-Mart has planned to buy the retailer for about $310 Million. This is the fourth deal of the e-commerce in the year. The decision of taking over Bonobos Inc. is basically to increase its shares in the market.

As per the market analysis, there has been a huge decline in the Wal-Mart’s share that is about 6.5% whereas on the other hand, Amazon’s share has shot up high after buying the Whole Foods Market for about $13.7 Billion. Amazon purchasing the Whole Foods retailer is a kind of a big blow to Wal-Mart. The company has already been engaged in a war with the other grocery segment retailers such as Kroger and Aldi as these make up about 56% of the revenue.

There are a number of other retailers as well such as Tesco Plc., KrogerCo, and Target Corp. that have shown a very steep drop in the share. The fall in the shares of the other retailers is basically due to the good business strategies of some of the most dominating online e-commerce leaders such as Amazon.

The company has planned to buy the online men’s fashion retailer owing to its increasing annual revenue gain. Wal-Mart has announced that it will be offering most of the Bonobos’ accessories and clothes on its well-know website “Jet.com.” This acquisition is expected to boost the company’s shares in the future. It will start the process of acquisition by the end of second quarter or the start of the third quarter of its fiscal year, that is, the end of January 2018.

This isn’t the first time the company plans to acquire an online retailer as it had earlier bought the footwear retailer “Shoebuy,” online women’s fashion retailer “ModCloth,” and outdoor clothing and gear retailer “Moosejaw,” in a row this year.

Let’s wish Wal-Mart luck owing to its increase in revenue as well as the shares after the completion of the acquisition of Bonobos Inc.