VR Coming in the Gaming World

Video games and online games are a massive industry. From PC games and game consoles to online slots, like the crazy fruits, most people enjoy at least one type of virtual play. For a long time, experts in gaming trends have been predicting the mainstream rise of VR in games. But when will this happen, and what can we expect from games when it does? We take a look at some of the most highly predicted VR gaming trends for 2021 and beyond. 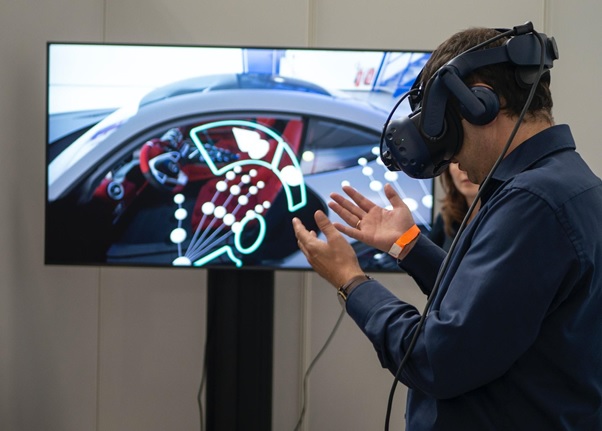 Although the rise of VR gaming has been expected for some time, industry predictions suggest it is still some way off. This is because of problems integrating the virtual experience of a game with the user experience in a satisfactory way. For example, early VR games used traditional 360-pixel videos generated through headsets, which some users found disorientating. This meant that there was usually a time limit on how long someone played for and how likely and frequently they were to return to the game.

However, one of the most likely gaming trends for 2021 is the introduction of innovations that will make VR games more common and more user-friendly. These trends will involve tweaks to video quality and changes in the way that users play and experience games. VR gaming trends will likely show development in these areas:

Trends of gaming industry projections can generally be based around growth in certain markets. Experts in the field of VR, gaming trends are now predicting periods of extreme growth among Asian game developers. This growth will include continents, like China and India, where technological strides are being made in the leisure industries. If you want to keep an eye on the development of new VR games or gaming accessories trends, it is a good idea to keep a lookout for Asian products. These markets are expected to see significant growth in late 2021 and early 2022.

VR videos with a higher pixel rate are predicted to be one of gaming trends technology updates of the next few years. Chinese VR manufacturer Pimax has created gaming headsets that offer 5-8k pixel capacity. This enhanced visual clarity should impact the overall VR experience and should reduce visual disorientation, even during fast-paced games or action scenes.

The immersive visual experience is also a major part of the fun of VR, so any improvements in this area are likely to be a big hit. Current trends in gaming also suggest that other companies beyond Pimax are looking to update their visual technology. This could mean big advances on the horizon for VR gaming trends.

Oculus Quest, one of the original VR headset developers, is set to introduce more hand tracking technology into their games. This will minimize the use of controllers and increase user immersion by letting them physically control events in the game with their hands. This could also give VR games a more natural feel and make virtual reality games more intuitive to play. It is generally predicted that hand tracking options will be popular with audiences because of the authentic experience offered. 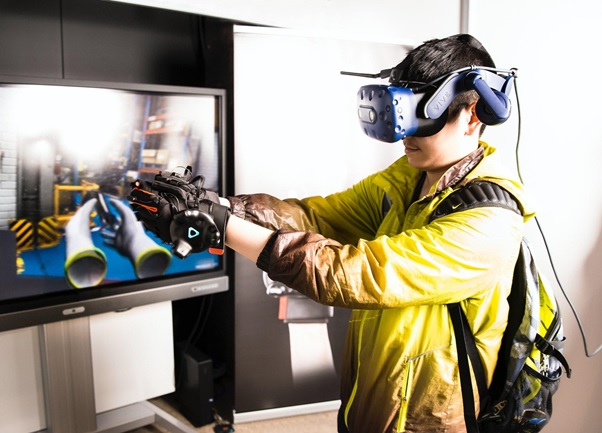 Although it is still in the very early stages of development, eye tracking is one of the VR tech trends that is predicted to increase over time. This is another technology that is being developed by Pimax. Eye-tracking would help VR game developers to line up the game’s visual focus with user eye movement, essentially adding detail and complexity wherever the user’s eye lands. This could add new layers of immersion and visual detail to VR games, and is likely to be a popular technological choice once it is fully developed.

Mobile VR games have several advantages that make them sure to be a competitive force on the market. For one, mobiles are portable, allowing users to play anywhere. For another, PC gaming trends 2021 suggest that mobiles with VR capability are likely to be more affordable in the long run than desktop set-ups. In fact, mobile VR capacity could be the avenue through which VR games truly enter the mainstream.

The increased availability of internet access also contributes to developments in mobile VR gaming. With the introduction of satellite technology, such as 5G internet, it is no longer necessary for people to have a full desktop set up or router in order to have good internet access. With more efficient and high-speed data options, people will soon be able to play anywhere on their personal mobile devices.

Current trends in gaming suggest that it won’t only be narrative-based VR games that gain popularity over the next few years. In fact, it is predicted that brain training and puzzle games will also claim a large stake of the VR gaming market. Chinese developers, Virtuleap, have already created a VR bundle based around brain training mini-games.

These can be carried out as daily exercises designed to enhance things like memory and neural function. Video gaming trends suggest that these types of games will be popular among older users, as well as among younger markets. This opens up the potential for a different demographic of gamers and uses gaming for a positive health function.

Brain training games played on VR sets have been shown in some tests to increase audio-spatial awareness and help build problem-solving skills. This could also be a great tool for young gamers or for children’s game markets. There is also the potential for significant growth in VR gaming trends among educational markets, especially if the current trend for remote learning continues.

There is no doubt among investors and industry experts that VR gaming will, one day, penetrate the mainstream. However, there are significant challenges faced by the industry that are still to be overcome. These gaming trend predictions suggest that mainstream VR gaming is not far away, however, as advances in gaming technology continue to flourish.

Final Call: Are you interested in VR gaming? Do you hope to invest in new VR technology? Have you played any VR games? Tell us about them in the comments!

Thomas is a former game developer, but recently he moved from coding to writing. This gives him a chance to fully express his creativity and spend even more time with his favorite characters. His reviews and hacks get so much attention because Thomas is one of those people who really know what they’re talking about.