Manufacturers of smartphones, DSLRs, digital camcorders often use numbers to promote their products. Are you familiar with 8 megapixels, 720p resolution, and 4K? In this article, let’s what those figures mean in picture quality and video resolution.

An Overview About Picture Quality 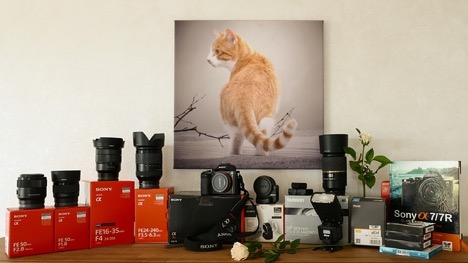 When we talk about picture quality, people usually refer it to the ingrained quality of the image. Many people evaluate and categorize pictures based on pixels. Pixels are tiny squares that are fused together like a puzzle to make a photograph.

The tiny squares usually determine the resolution of the image. One megapixel is equal to 1 million pixels. A 12-megapixel camera would contain about 12 million tiny squares of data per inch.

You might think that a 12-megapixel picture has a higher picture quality than an 8-megapixel one, but you’re wrong. There are several factors that contribute to the quality of the picture.

Proper lighting, for example, plays an important part in the picture quality. Let’s say you take a picture from a 12-megapixel camera under poor lighting conditions. The output would still be inferior compared to a picture taken from an 8-megapixel camera under good lighting conditions. Though, these issues can be handled by going for a sun flare overlay giving your footage a better look.

The size of the image sensor also affects the image quality of a certain camera. A larger image sensor means larger light receptors to accurately estimate the light going into the lens from the scene. In other words, a bigger image sensor produces more accurate colors than a smaller one.

For comparison, a 480p video has 480 lines that are each 852 pixels wide. This means that this resolution isn’t as sharp as the same video at 720p and can be viewed on a much smaller screen.

Here’s an overview of the various kinds of resolution that you can use:

360p: This resolution is great for smartphones since they consume fewer data. When viewed on larger screens, the video may appear slightly blurry.

480p: If you want to burn a DVD, 480p is suitable as it will provide your disc the highest quality enabled by any DVD burner or disc. This resolution also plays nicely on laptops, desktop monitors, and smaller televisions.

1080p: Also known as Full HD, this resolution has a crisper and sharper video quality than 720p. It features a crystal clear playback and recommended for larger screens.

To get a better understanding of how cameras compare to smartphones and DSLRs, let’s separate the technology into three unique categories:

Consumer: This is the most common type of 4K cameras. You can find them on the back of current models of smartphones, like iPhone 6s, and top action cameras. Most of these products record at the ultra high definition (UHD) specification rather than the real 4K because UHD is naturally compatible with 1080p displays and consumer-grade cinema setups.

Prosumer: 4K camcorders under this type are usually personal, handheld units that look the same with camcorders people used for a long time. They have a large sensor and lens upgrades. More recent DSLRs with 4K video capacities can also be included in this category. It’s important to note that many DSLRs are normally meant to take still pictures then recording 4k videos the next.

Professional: This category includes the most expensive units, which can go as much as $250,000 for high-class models. These are the cameras used in making motion movies in Hollywood. You can customize from hundreds of various lenses and professional lighting systems.

For the longest time, we rely on camcorders to record 4K videos. But now, there are smartphones that offer the same feature. Many smartphones record at the same frames per second.

Keep in mind that pixels shouldn’t be taken at face value. Even if a smartphone can capture at the same resolution as a camcorder, the output wouldn’t be of similar quality. The size of the sensor matters.

In terms of pictures, nothing beats a good DSLR. A DSLR can capture a wider range of color than smartphones and camcorders.