HomeTechnologyTop Projections In Artificial Intelligence In The 21st Century?
Technology

Top Projections In Artificial Intelligence In The 21st Century?

When Artificial Intelligence was introduced in the 1950’s people were surprised by its endless scope. In the past years, AI has found a place for itself among the normal audience. After watching how the technology is progressing, we are left puzzled whether its development should progress further or not. To understand where AI stands at present, and to get thorough knowledge on where it is heading in recent days, let’s understand the evolution of AI. 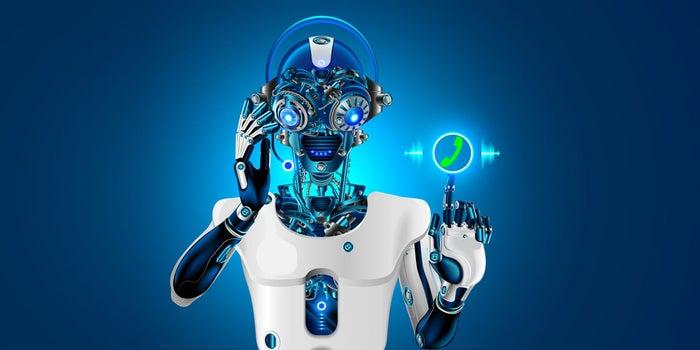 The evolution of AI

During the 2000’s, AI was being designed for operating remotely from their human counterpart. The design of AI involved watching them perform more dangerous tasks which were previously handled by the humans. Now machines have freed the humans from those risky tasks. The new millennium saw how AI expanded the onset of developments and achievements in the field such as the development of an AI copywriting tool. Researchers focussed on engineering robots with an ability to cooperate and interact with a number of people without just performing the manual tasks.

In the early 2000s, Honda went on to develop the first humanoid with two-legs. MIT researchers developed Kismet, which is capable of interacting with a number of people and showing emotional expressions. Every bot found an evolutional place in the world of AI. The 2010s saw the arrival and dominance of Artificial Intelligence embedded with smartphones. Bots like Siri and Alexa carved their pathway to the lives of people. Every bot has found itself in the daily life of us in a more clear and convincing manner.

Nowadays, the smart bots have turned themselves into incredible partners. A study by NPR and Edison Research states that 16% of the Americans own a smart bot.  These days, any average person can transform their house into an AI-powered space.

With technologies such as Data Science, Machine Learning and AI can now understand the intent of the speaker. This would help it to respond to them in a more convincing manner. Technologies such as Machine Learning, NLP and Big Data have found a permanent place in many industries as well. Especially in the entertainment industry, AI can extract the audience’s interest and provide them with the right movie choices while they are Binge-watching on Netflix or Amazon Prime. This is going to leave a huge impact on the audience since they get suggestions that they have always preferred. Everything is going to be more personalized, customized and streamlined as per the standard choices of the user.

How AI can change this world?

AI is all set to change the life of people for their betterment in the future. With the statistics provided through data analytics, businesses can make decisions based on the set patterns. Everybody, right from a startup to an MNC, can become leaders in the industry. This would let you build a strong rapport with their customer in the right way.

From food apps to fitness apps, everyone has started relying upon AI solutions. By leveraging the otherwise raw data through Big Data analytics, businesses have started making killer decisions. They also let people choose what they prefer by showcasing the products and services they would prefer on the front.

All these would lead on to people adapting a more comfortable lifestyle in the 21st century.

The future of AI is bright

AI has the ability to reduce unemployment and poverty level, if it can reach the suburbs and rural areas. A person sitting at their comfort chair in India can collaborate with someone who is running an ad agency in Armenia. Everybody can become their own boss with AI leading the show.

If you are going to ask how bright is the future of AI, then you would understand it well by the below quote by a prominent personality.

“[AI] is going to change the world more than anything in the history of mankind. More than electricity.”- AI oracle and venture capitalist Dr. Kai-Fu Lee in the year 2018.

AI has the power and capability to turn your world upside now, for the better, in the near future. That day is not too far! Tech giants have started investing more on the AI industry. Out of those 9,100 patents that IBM inventors received as of 2018, 18% of them were related to AI.

When you are relying upon an AI solution, you need to understand your purpose. Why do you want to use the system? That’s a question you need to ponder deeply. You should build a better relationship with the machines to emerge successful in the AI-crowded 21st century. If you are able to do that, then you are all set in the world of Artificial Intelligence.

In this 21st century, when you want to build robust AI solutions, you need to be a master of the technology, rather than being a novice. People have started depending more on AI-powered mobile apps to deal with their day to day life.

If AI is going to play a major role in your key decision-making skill set, then you need not worry about how much effort you need to put to make your everyday life better. AI can take over that role for you.

The top projections for the 21st century on AI would be that it is going to change the way people have lived their life so far, and motivate you to become a better person in your professional and personal life. If combined well with human creativity, AI can go a great way in the 21st century. In short, AI is all set to revolutionize this world. Let’s wait and watch how the future unfolds itself!