If you are designing a mobile app for your business, or a company is designing one for you, then you should understand that UX/UI design plays a critical role. Your app UI needs to be flawless. The interface should be comprehensive and easy to use. 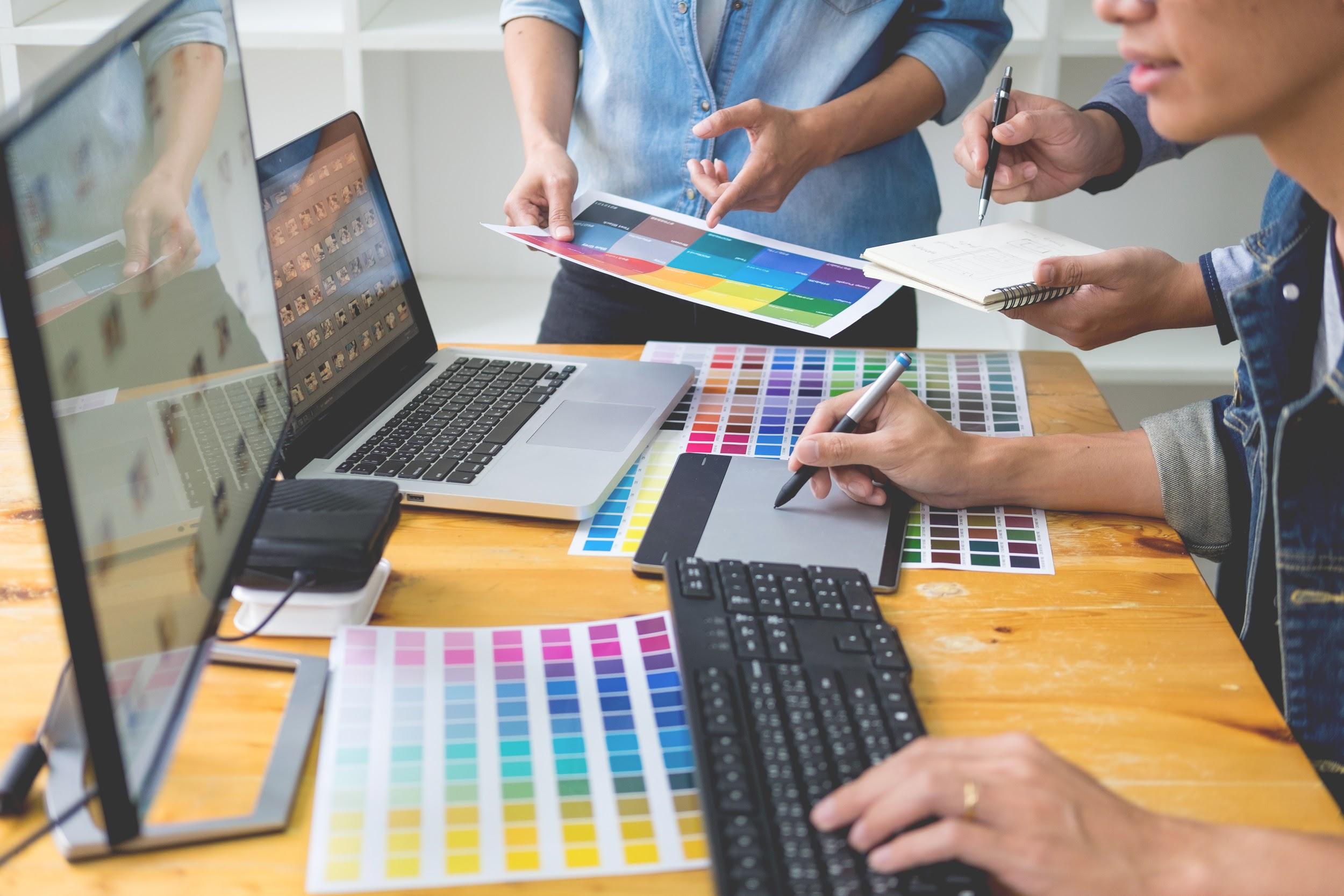 Looking for a wireframe app free of charge is going to be on the minds of many developers who do not have an unlimited budget. So in this article we’re going to briefly go over some of the best ones mobile app UI design tools that will be helpful during the app design process, and in this article.

Firstly, let’s start with understanding of the common stages of the UI/UX design process and then move ahead what tools to use on each step:

For each stage, the designers use various UX deliverables and methodologies and appropriate mobile app UI design tools.

Axure RP is a complete app design tool that can render a UX wireframe. It features all the functionalities needed to design your app from start to finish. Axure RP currently supports OS X and Windows OS. This is one of the best apps for designers of any skill level.

Laura Hilton, an app developer at WriteMyX and Brit Student, stated that “OmniGraffle is a diagram design tool which lets you rapidly visualize the flow of the app so you can plan out the development without any problems. You can prototype screen flows, strategy maps, and many other diagram options.” It’s an app wireframe tool of which you should certainly be aware.

Justinmind is one of those free app prototyping tools for mobile and web that enables developers to design their user flow and journey. It features usability testing tool integrations and a powerful scenario builder. Developers who use it can enjoy a complete set of features for creating user flow. It is certainly one of the best UX tools on the market. 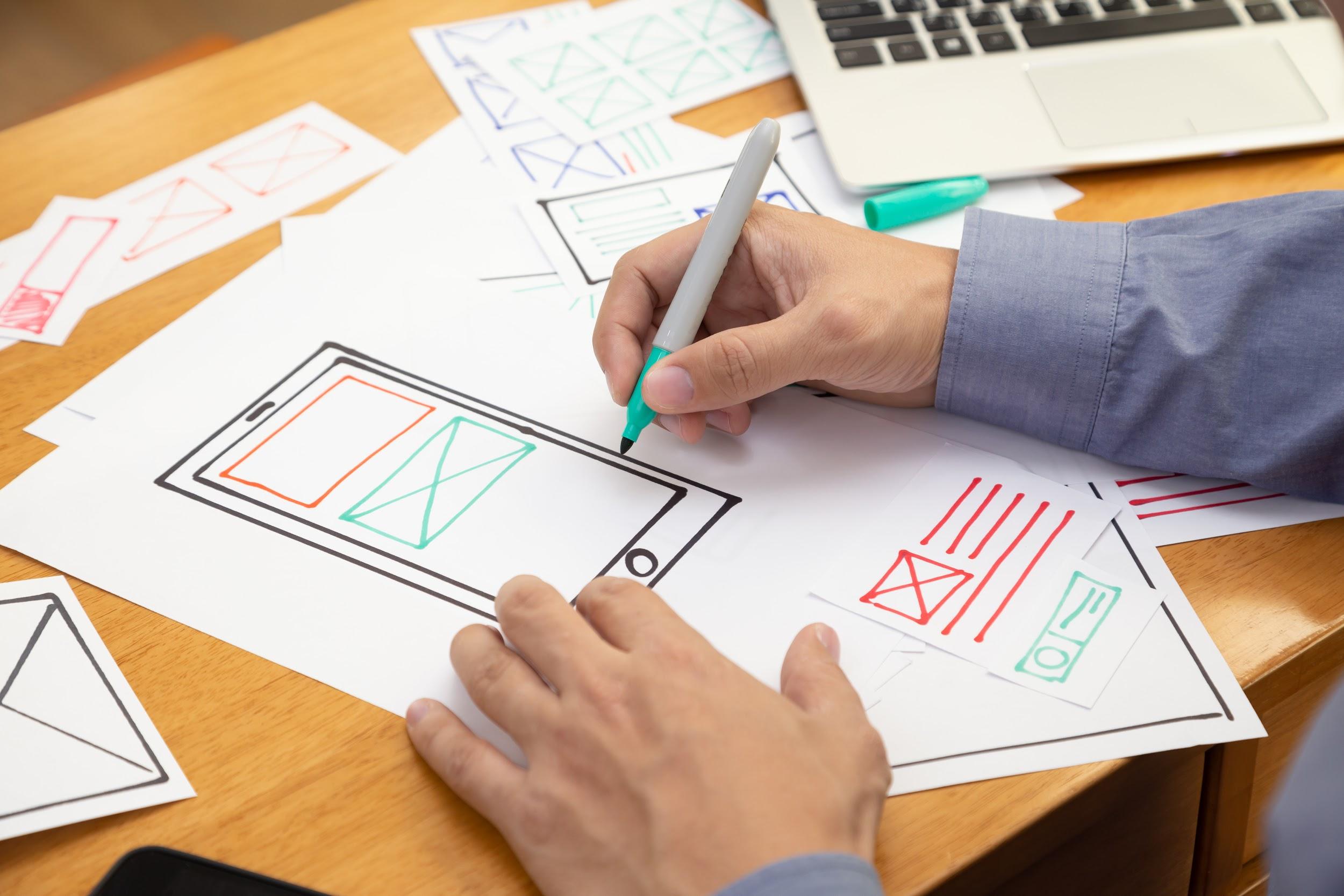 If you want UI design software free of charge, then FlowMapp is definitely worth a try. The user flow diagrams you can create with it can range from simple schematics to nearly hi-fi wireframes. It lets you use lines, shapes, and icons to quickly design user flows. One drawback is that with only 80 icons included, there are other tools which offer more UI elements with which to work. A UI wireframe made using FlowMapp is likely to be successful with a broad audience.

Sketch UI is a MacOS-based graphic design tool which is similar to Photoshop. However, it has a focus on UI design. Its operation is simple, and it has features which allow symbol design like buttons, tabs, and more. Mobile app design software does not come much better than this.

XD is Sketch’s main competition. If you wanted to use Sketch but prefer working from a PC instead of a Mac, this tool is for you. XD has almost all the same features as Sketch, including wireframing, prototyping, and more. If you like your mobile app design software free, you should certainly consider XD.

With powerful editing tools and lots of handy features, Figma is a one-stop shop for designing, prototyping, and gathering feedback. UI designers can take advantage of the constraints feature, which adapts your designs when the screen size changes. This is an app mockup tool that both pros and amateurs enjoy.

Most mobile app design guidelines stipulate that you should use a tool that is speedy and powerful.  InVision is one of the top mobile app design tools in terms of power and options. Designers can rapidly transform their ideas into innovative designs with vector-based drawing, as well as flexibility in layers.

A mobile app mockup free to use is MockPlus. It is powerful, but it is also cleaner than many other tools that have been around longer. It’s code-free and easy to follow, as you can create with a drag-and-drop option.

Mobile app design templates are often made with UXPin. This web tool has a simple interface and many built-in features for intensive wireframing and prototyping. It’s efficient in the design, testing, and roll-out stages. It has features like real-time joint editing, previews, and commenting.

Tools For Communication Between Designers And Developers

Zeplin is UI design software that is only compatible with Sketch. It is a plugin and web app. It lists attributes of elements on a specifications sheet, which you can then use for communication between design and development teams. UX design tools don’t often come any better than Zeplin.

Approval Studio is a collaborative platform for businesses. It is not intended only for development teams, but we included it on this list because the comment and annotation features are some of the easiest and most intuitive for real-time collaboration. App UI design using Approval Studio will go a lot smoother.

3DS Max is a great tool for rendering, animation, and 3D modeling. It was originally developed for game design visualization. However, it can be used for other design types as well. This is one of the best graphic design apps for those who are focused on the visual approach to development.

Tinkercad is a browser-based 3D CAD modeling tool. You can complete designs and models with it in just a few minutes, and it is appropriate for both novices and experts.

This is one of the best testing tools for mobile UX in the world. You can use it to test your website, desktop, mobile apps, prototypes, and more.

Sigos is a cloud-based platform, and it is a one-of-a-kind testing environment for mobile apps. Its designers are constantly adding new devices and features that can be tested through it.

Depending on the plans for your app, you should familiarize yourself with these UX tools and determine which of them will be most helpful to you. You will probably find that several of them can be beneficial as you strive to achieve the goals you’ve set for your business. Remember, the best app design is that which appeals to the casual user as well as your most devoted customers.

Facebook
Twitter
Pinterest
Linkedin
ReddIt
VK
Previous articleWhat You Need To Remember When Hiring The Right Tables And Chairs For An Event
Next articleHow to Detect Plagiarism and Its Importance in the Academic World?